Daniel Cassidy
Argentina once again provoking war over the Falkland Islands
Is President Cristina Kirchner counting on Marxist friends in the hemisphere?

December 24, 2011
The corrupt socialists that head the government of Argentina must once again be facing domestic political problems. It has become routine for precarious regimes in that dysfunctional country to rally public support by provoking their neighbors and international crises. 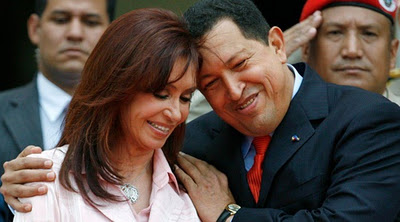 Argentine President Cristina Kirchner is an Obama kind of gal. A former member of the Peronist Youth Movement, Ms. Kirchner has allied herself with Hugo Chavez, restricted the activities and movement of the U.S. ambassador, imposed confiscatory taxes and levies, attacked farmers for their "abundant" profits, and in 2008 proposed the transfer of $30 billion in private pension holdings to the government run social security system. Meanwhile, the net assets of Ms. Kirchner and her late husband increased by 572% since the couple came to power in 2003. 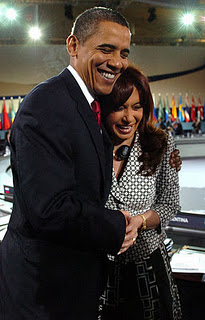 She has allied the country with Venezuela, and has what her government has termed a strategic relationship with communist China. She has hostile relations with Brazil, and this year seized an American military plane.

The Kirchner government is no friend of free speech either. Unions, allied with the government, have prevented the nation's most widely circulated newspapers from being delivered to newsstands. This week the Argentine government has seized control of newsprint.

The Kirchner regime is now disrupting shipping to and from the Falkland Islands and threatening to cut communications links to those islands.

In response, Prime Minister David Cameron today assured the Falkland Islanders that their right to self-determination is guaranteed:


''Whatever challenges we face in the UK, the British Government's commitment to the security and prosperity of the overseas territories, including the Falklands, remains undiminished.

''So let me be absolutely clear. We will always maintain our commitment to you on any question of sovereignty. Your right to self-determination is the cornerstone of our policy. 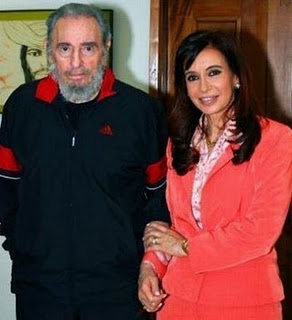 Perhaps Ms. Kirchner feels emboldened because the current American President is contemptuous of America's long-standing special relationship with Great Britain and is likely to side with a fellow Marxist. It would seem that if Argentina is going to once again seize British territory, it will do so soon, rather than when Obama is gone. Perhaps an effort to reclaim the Falklands will have to wait until there is an administration in Washington that is friendly with our traditional allies and the cause of freedom and self-determination in the world. But whenever this matter comes to a head, if Britain must once again liberate the Falkland Islanders, she should ensure that Argentina pays a memorable price for their outrageous and criminal behavior.

The lives of thousands of British troops should not be put in danger without lasting regime change in Argentina, reparations, British controlled naval ports, and a military presence on the Argentine mainland until a lawful government is established.