A.J. Castellitto
The great debate on the doctrine of the lesser magistrate

July 6, 2016
It would be safe to say that universal agreement lies in the duty of the Christian to disobey an ungodly edict. But from there, minimal consensus is derived regarding the Christian's righteous response to an ungodly ruling authority. In today's America, our proper standing in a post modern secular society overrun by the progressive propaganda machine is virtually impossible to sort out. We already have our religious orders, so should we even try?

The great reformer, John Calvin, made his case for the authority of the civil magistrate without appealing to scripture. Martin Luther also made such a case. In fact, it was an earthly magistrate, one Frederick of Saxony (a.k.a. Frederick the Wise), that provided Luther with the cover he needed to take on the tyrannical powers of his day. And finally, there was John Knox. Nobody advocated the propping up of lesser magistrates to thwart the godless tyrant like Scotland's courageous reformer... 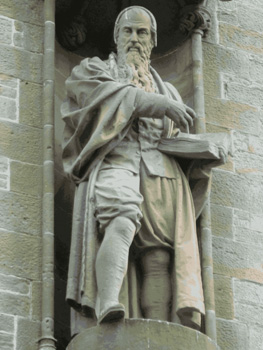 "Now if your king is a man ignorant of God, enemy to his true religion, blinded by superstition, and a persecutor of Christ's members: shall you be excused, if with silence you pass over his iniquity? Be not deceived, my lords. You are placed in authority for another purpose than to flatter your king in his folly and blind rage... by your gravity, counsel, and admonition, you are bound to correct and repress whatsoever you know him to attempt expressly repugning to God's word, honour, glory, or what you shall espy him to do (be it by ignorance, or be it by malice) against his subjects great or small." ~ John Knox (1558) 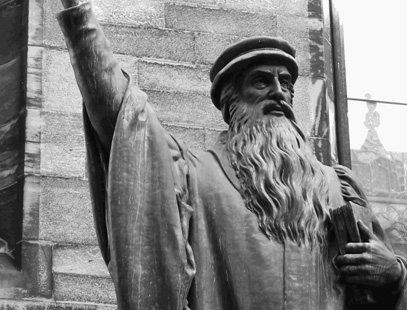 Clearly, a righteous appeal has precedent in the form of our Protestant Reformed church fathers who undoubtedly had great influence on the safeguarding political philosophies of our national forefathers. Taking all these things into account, there isn't a scriptural warrant so much as there is a constitutional, and more importantly, a religious-historical justification to promote such a course of action. I am less certain, however, that any of our lesser magistrates would truly have the heart for it or whether Christians should even be appealing to them.

May they resist on our behalf?

Is our religious freedom truly on the line?

Do we require the implementation of preemptive measures or merely extra protection for the Godly conscience?

Should we even attempt to make such grand stands or shall we simply place these matters in God's most capable hands? 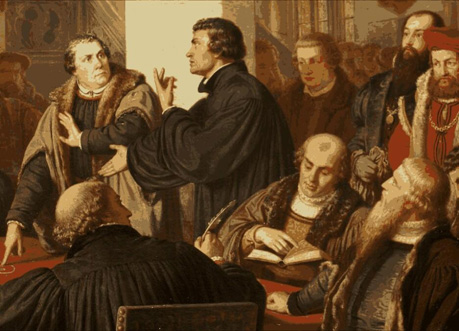 Personally, I'm not even certain such measures are appropriate, especially considering the cynical day in which we live. In the days of the reformers, the divide was between pagan Christianity and biblical Christianity. But now, religious humanism, or more accurately, godless secularism, has replaced the religious paganism of former days. Regardless, this is a discussion we must continue to have. May further exploration bring final clarity, that such concerns be at least temporarily deferred, and our spiritual vitality be daily and wholly renewed.

Ultimately, my level of scriptural knowledge and understanding leads me to believe that the case for a lesser magistrate-led resistance is lacking. At the end of the day, may we continue to fully support those civil magistrates who are truly bound by their religious conscience and be willing to stand with them. Especially in a time when hearts will continue to grow cold...

And he causeth all, both small and great, rich and poor, free and bond, to receive a mark in their right hand, or in their foreheads: And that no man might buy or sell, save he that had the mark, or the name of the beast, or the number of his name. Here is wisdom. Let him that hath understanding count the number of the beast: for it is the number of a man; and his number is Six hundred threescore and six. -Revelation 13

P.S. I don't think Calvin and Luther believed in a 'doctrine of lesser magistrates' per se as being scripturally binding or truly authoritative or even in anyway being biblically derived or God-breathed. I think they were just smarting from the whole Roman Catholic religious system in which they had departed ...So they by default had to always be cognizant of the 'political' climate and the Godly (or lack thereof) influences within the civil/national sphere in which they dwelt.