June 14, 2018
The stage was set. A standoff with infinite consequences. Jesus Christ was brought face to face before the ruling authorities and political pressures of his day. He would either be acknowledged and accepted for who he is or wholly rejected. So it was written...

"Jesus answered.... To this end was I born, and for this cause came I into the world, that I should bear witness unto the truth. Every one that is of the truth heareth my voice. Pilate saith unto him, What is truth?" – John 18:37

In today's politicized climate, Jesus Christ is once again in the crosshairs. The luciferian state has gone so far as to virtually declare the word of truth a form of hate speech. Jesus and his teachings are a foreign and domestic threat to the prince of this fallen world and his minions who blindly and foolishly seek to redesign the landscape into the image of corruptible man. Those who stand for nothing in particular will fall for anything but the true and living word. Nothing exemplifies the open rebellion against all that is good, sacred and pure than the radical sexual revolution.

Radical social engineers and their homofascist front group the LGBTQ – as in questioning and undermining absolute, eternal truth – are the battering ram and existential sledge-hammer used to drive the foundations of God-fearing, thriving society to the fringes...

Why are evangelicals adopting their language and following their lead?

A quick review of the 'gay identity' affirming REVOICE conference is just the latest in a series of alarming developments... http://www.revoice.us

Theologian, RC Sproul faithfully has done what so many others have failed to do by vividly exposing the 'cosmic treason' wrought by the sin and depravity of man...

"Sin is not restricted merely to an external action that transgresses a divine law. Rather, it represents an internal motive, a motive that is driven by an inherent hostility toward the God of the universe. It is rarely discussed in the church or in the world that the biblical description of human fallenness includes an indictment that we are by nature enemies of God. In our enmity toward Him, we do not want to have Him even in our thinking..."

Sproul ultimately brings the focus back to Jesus Christ when he declares,

"The most violent expression of God's wrath and justice is seen in the Cross. If ever a person had room to complain for injustice, it was Jesus. He was the only innocent man ever to be punished by God. If we stagger at the wrath of God, let us stagger at the Cross. Here is where our astonishment should be focused."

Philosophers, ideologues and spiritualists who dabble in scientism, marxism and gnosticism will offer dehumanizing global solutions that place the proposed needs of the creation over the souls and bodies of the individual. They will think nothing of sacrificing the spiritual and bodily health of the citizenry at the altar of arbitrary, manufactured pagan consent.

However, it's the resurgence of secular culture's influence on mainstream evangelicals, primarily in the form of a minimization of personal/original sin, which is the most perplexing. We should expect outside resistance, but we must vehemently call out the wolves on the inside as well. It is one thing to be deemed a 'hater,' for Jesus deemed it would be so, it is yet another to be cast off as a traitor.

"Everything which is in man, from the intellect to the will, from the soul even to the flesh, is defiled and pervaded with this concupiscence; or, to express it more briefly, that the whole man is in himself nothing else than concupiscence" – John Calvin (Institutes 2.1.8)

Lest we forget, it is the mortification of sinful desires and inclinations which remains at the heart of the radical transformation in the life of a Christian. We cannot compromise with sin. As soon as our sin is made known to us it must be rooted out. It must be wholly rejected and extinguished. The sinful condition of the natural man is spiritual trauma that must be overcome and replaced with the saving and healing power of Christ. But how can we be reconciled and sanctified if we are still holding onto our sin?

"For this cause shall a man leave his father and mother, and shall be joined unto his wife, and they two shall be one flesh." – Ephesians 5:31

Before God and man, we must boldly affirm that the categorization and legitimization of sexual identity runs completely counter to God's word. We were made male and female and our lusts and passions are to be annihilated in our submission to our Lord and Savior Jesus Christ. The secular labels and language regarding sexuality don't apply as the thoughts and inclinations toward those of like design are nothing short of an abomination. These are the truths that must be upheld.

The good news is that the greater our depravity, the sweeter our deliverance. Scripture testifies of the blessed state of those wholly devoted to God...

"He that is unmarried careth for the things that belong to the Lord, how he may please the Lord." – 1 Corinthians 7:32

The true way is the only way for those who have labored and are heavy laden.

*Recommended Read: Concupiscence: Sin and the Mother of Sin 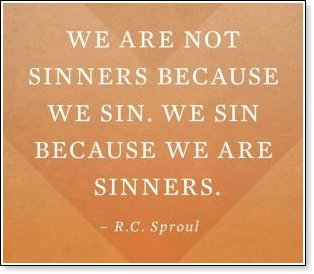