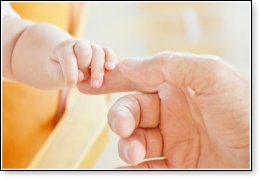 At the turn of the last century, babies born with severe fetal anomalies were often referred to as monstrosities. Those were the days when medical technology was primitive and not much could be done to avert these tragic circumstances or help the children once they were born. Abortion was not legal and ultrasounds did not exist, so more often than not the babies were born.

Today, one marvels at how fetal surgery has made it possible to operate on babies in the womb, and correct what may have been heartbreaking conditions to live with after birth. There are miraculous means of curing birth defects that were impossible to correct in the past. This has helped women with high-risk pregnancies and, with intervention before and after birth, has made it possible for babies to live normal lives.

In June 2018, an article published in The Cut told the story of a woman named Erika who, in the eighth month of pregnancy, made the decision to abort her unborn baby son. She and her husband had been told their unborn child might be born with serious birth defects. Erika had already experienced one miscarriage and had her own complex medical history.

With Erika's second pregnancy, tests performed during her second trimester revealed possible fetal anomalies including spina bifida. The tests were inconclusive – one showed markers for spina bifida while the full growth scan did not. Her high-risk doctor suggested she wait, and they would monitor any complications.

After receiving news of further fetal anomalies (including a test that found her baby had bilateral clubfeet and could not swallow) Erika and her husband Garin flew from Brooklyn NY to Colorado to have a third trimester abortion. Warren Hern performed Erika's abortion. This is the same Warren Hern who left half of a baby's skull inside of a woman during second trimester abortion. The victim, Jennifer DeBuhr had to have a hysterectomy. She and her husband sued Warren Hern for malpractice. It is astonishing that a jury found against the couple in 2018 and Warren Hern was cleared. The reason she lost? After suffering post-abortive bleeding and complications, Ms. DeBuhr understandably went to her own doctor to remove the bony remains of the child's skull rather than return to Hern. Hern argued she should have returned to him for follow-up, and the jury agreed. The fact that Hern botched Jennifer's abortion did not matter.

Information about Warren Hern can be found at: https://www.AbortionDocs.org

After her abortion, Erika and Garin started a pro-abortion organization. They are lobbying for the so-called Reproductive Health Act to be passed in New York State. This bill would legalize abortion for any reason up to birth. And the new bill expands current abortion law so that an abortion can be performed by "a licensed, certified or authorized practitioner within 24 weeks of the commencement of pregnancy." Practitioners include "physicians' assistants and other qualified health care professionals who can provide abortion services."

The bill is dangerous for women and should never be passed. It was defeated in the Senate Health Committee on May 31, 2018, but the pro-aborts will be back to push their radical agenda.

No one argues that it is heartbreaking for a pregnant mom to find out her baby is going to be born with significant health challenges. But many of these problems can be corrected. Bilateral clubfeet is now correctable with surgery and bracing. When an unborn child cannot swallow, that may be very serious, or it may be treated. Nobody knows until the baby is born. The tests can be inaccurate and – as Erika's first tests showed – non-specific and inconclusive.

As Christina Vasquez writes in LifeNews.com:


Despite Erika's experience, many children have been misdiagnosed in the womb and have outlived their doctors' diagnoses. One such example is of Mylah Perkins, who was diagnosed with Trisomy 18 in the womb. Her mother was encouraged to abort her, but she chose life instead; and Mylah is still alive today.


When a baby is born and dies after birth, it is unimaginable and tragic for any mother. But abortion does not provide solutions. It compounds the problem by adding a new dimension to "choice." We get to fix what we think is broken based upon unknown factors and potential human error. Suddenly we are not leaving these unavoidable and painful issues up to G-d. Would it not be a more compassionate choice to allow the baby to be born? I believe it would, but not in our current social framework which encourages both abortion and assisted suicide.

Finally, abortion devalues human life even further. Erika believes that she "didn't lose a child" but a "very wanted pregnancy." Sadly, that is not accurate. She lost both.

An abortion at eight months means the baby is fully viable. At that late stage of pregnancy, the only time abortion should be permissible is if the mother's life is at stake. Eventually, Erika got pregnant again – it was an unusual pregnancy, too – and she gave birth to a healthy baby girl. The details of her story are in The Cut article.

As for The Cut, their radical pro-abortion slant is shameless. Just recently, they ran a story about a woman who died from a botched abortion after legalizing abortion was voted down in Argentina. That is terrible; it is tragic when any woman dies from illegal or legal abortion. Will The Cut publish a piece about Warren Hern and his victim who did not receive justice? Do they detail the stories of women like Cree Erwin-Sheppard and Jaime Lee Morales and hundreds of women who have died in the United States from legal abortions since 1973? Do they highlight stories about abortionists like Kermit Gosnell who are allowed to maim and kill women and babies in filthy, uninspected clinics for decades? Do they mention how many radical abortion organizations are trying to force religious doctors to perform abortions against their conscience?

Will The Cut ever highlight a story that came out last week in The National Right to Life News, revealing that in Canada, 766 late-term live-birth abortions happened in a period of only five years?

These may be the unkindest cuts of all.