December 19, 2010
Undeniably the most immature and selfish generation in America's history, Baby Boomers, both intentionally and inadvertently have, but for the grace and power of the Lord God Almighty, done everything in their power to shred the moral and social fabric of our nation. 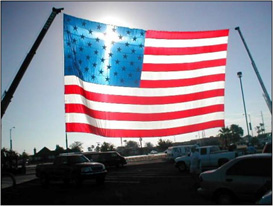 Using the pseudonym "hippies" beginning back in the 1960s, the cowardly Communists who are free to exercise their right to free speech have effectively hijacked the mainstream media, the national education system, reigns of political leadership at every level in America and engaged in a decades long propaganda campaign in their effort to kill the American spirit and destroy the most powerful and prosperous nation of all time.

The national news media never exposed the Hippies as "Communists" for one good reason: Those who own the mainstream media share(d) the same goals with the Commie/Hippies. Oh, on the surface it's easy to make a case for "wealth redistribution." No one can deny that the rich have more than their share and the poor have figured out how to make living for free a cottage industry. Propaganda which appealed to the exaggerated feelings of entitlement common to poor people, coupled with endless cries of "unfair!" in newspaper articles and opinion pieces have convinced both the lazy and the uneducated that living off of the government nipple is their "right."

You can even put aside Social Security and California's MediCal, the most obvious "entitlements" which have contributed to destroying America's famous work ethic. The additional freebies offered by our government are seemingly endless. As entitled parents have taught their children how to milk the system for free food handouts, free medical care, government assisted rent subsidies and how to avoid paying taxes in the process, each generation of professional freeloaders have added to the freebies, as lobbyists have fought for additional "entitlements" such as free college tuition and additional cash tax kickbacks every year for every additional child added to the household. Working under the table and dealing drugs to supplement their income has shown each new generation that hard work and principled living are no longer necessary to survive and even thrive in the America of today. Lying, pretending to be poor and applying for every free subsidy America offers has created an avenue of survival which frees the freeloader from the 40 hour work week, puts food on the table, pays for the medical bills, pays the rent, allows the participant to get loaded on drugs and alcohol if they wish, get free lunches at school for the kids, buy nice cars on credit while enjoying a lifelong vacation for their entire life, all at the expense of the government, AKA you and I, the taxpayer. Clearly, the poor have shown that they are willing to give up their guns, their right to free speech, to be dominated by a vast minority in exchange for their lifelong handouts, which in and of itself reveals how powerful and self-destructive a combination greed and laziness can be. The Communists know this, hence, their plan. 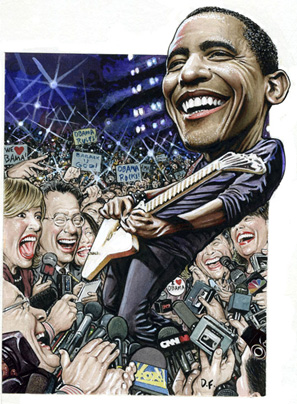 Ironically, however, the massive government handouts, while successfully creating a substantial voting base of entitled folks (the whole idea, really) for the Communist Democratic Party has resulted in bankrupting our nation nationally as well as on the state and local levels. That is, the truth is being exposed as the money has run out. With no help from the Communist-owned mainstream media, an alternate media source has sprung up and flourished through social networking and a news provider called Fox News. That is, the truth is being exposed as Fox has become the number one newscaster in the nation. The headlock that ABC, CBS, NBC, CNN and MSNBC have enjoyed for more than 50 years has been pried apart over the past 5 years, as America has recognized that our nation is being destroyed intentionally, suffocating under the burden of supporting multi-generations of professional freeloaders as well as by thousands of government unions who have provided benefits and retirement packages which are not only unrealistic, but have now become clearly incapable of being sustained. These entities, as well as the illegal payouts of endless earmarks and outright stealing of tax dollars by our elected leaders have plummeted the most prosperous nation on Earth into bankruptcy. Greedy politicians and American Communists have intentionally destroyed our nation's economy using the poor and the votes gleaned from those who benefit from the endless government handouts to drive America into complete bankruptcy.

The good news is that as poverty began to roll over on the middle class, one network chose to play devil's advocate against the monopoly of the mainstream media and began to expose the truth about why America was struggling financially. Coupled with the invention of social networking in the form of Facebook and Twitter and suddenly the Communist-owned mainstream media was no longer the primary source of information in the USA. People were talking amongst ourselves, accessing news reports from other nations who do not participate in the propaganda campaign waged by ABC, CBS, NBC, CNN and MSNBC, and the truth began to become common knowledge. Fox News has it's problems, but it's the only source of mainstream news that isn't nothing but Communist propaganda. 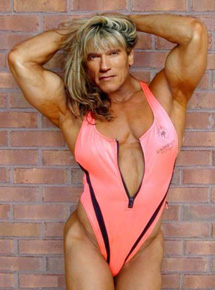 We learned who the real behind the scenes players were, who were responsible for America's financial demolition, and the light of truth began to empower the vast majority of Americans who became outraged at the campaign being waged against we, the people. No one blames the poor for being poor. It's clear now that the public education system and the mainstream media are responsible for grooming multi-generations for decades, preparing them to settle for crumbs rather than the best, and appealing to people's selfish nature while promoting the freebie-driven lifestyle provided by Uncle Sam. From kindergarten through college, the underlying message has been that poverty is acceptable — even noble — and that successful entrepreneurs who get rich are evil and bad. Convincing the generationally poor that the rich are "the enemy" and planting subconsciously the sick belief that "rich is bad, and poor is good," the Communist minority has used mainstream propaganda to intentionally misinform a fat and lazy American public. Coupled with Human nature's tendency to enjoy laziness, and the Democrat Party had a recipe for building a voter base which was willing — grateful, even — to settle for government cheese, food stamps, free medical care and subsidized housing, in exchange for the right to ample opportunities afforded all Americans here in the Land of Opportunity.

Keeping people poor while keeping them reliant upon the government for handouts is a brilliant plan for building a voter base. The problem, as we've discovered recently, is that once that poor voter base gets too large, it becomes impossible to sustain. That is, the government has run out of money and cannot continue to provide freebies to the lazy any longer. That is how the truth became exposed, and that is what caused we, the people to gather together, compare notes and create the Tea Party movement (Taxed Enough Already). The only way the Democrats could continue to support their voter base handouts is to continue to tax the working class even more. Therein lies the rub.

Americans get it now. The formerly sleeping giant has been awakened. We, the people see what the Democrats have been up to all these years since the Communists joined the Democrat Party. Many Democrats weren't aware of what was going on within their own party, as they had bought into the entitlement mentality sold to them which states that overly generous benefits and retirement packages were their "right." In short, innocent hardworking Democrats were duped. They didn't realize the Communists were busy creating a poor people's network as a voter base, a network that they (union workers) were largely paying for...until the roof caved in 2008.

That's when the truth came to light, we the people woke up, and the evil Communist Democrat Party manipulation of our nation became known. We, the people are no longer asleep. There is work to do now, in order to somehow honor overly generous union contracts while renegotiating them to be realistic rather than greedy. We'll need to retrain the generational poor who now believe the government owes them a living, so that they learn first-hand how wonderful it feels to earn your way when you work for a living.

The Communist Democrats have done much to destroy the moral fabric of our nation. They took advantage of America's charitable heart by using truly charitable people who help others who truly hit hard times, single mothers, the elderly and the disabled. Propping up those truly needy people as their façade in order to build a network to convince the lazy that the government owes them a living, it's unethical and immoral what they done to create a needy voter base for themselves. They've made a long-term, ongoing effort to bankrupt our economy so that we, the people would eventually become hopeless and ask the government to take care of us. It worked in the USSR. It worked in China, when implemented with fear and tyranny. It has worked in Venezuela, the same plan the Communists are implementing here in America, but the Democrats have underestimated the vast power of the will of the American people.

We won't be fooled. We won't be enslaved. We won't give up our freedom, our faith or our rights like other nations have. We, the people have a history of overcoming evil and tyranny, and rarely have we collectively been duped or fooled into slavery like the Communist Democrats have been trying to implement. We will continue to help the truly poor, the single moms, the elderly and the disabled, but we will no longer allow generational poverty to continue to be a lifestyle choice paid for by we, the people.

No, we will not be overcome by Communists. America is turning the corner, and it's all over except the crying...and it won't be we, the people who will be crying. The Communist Democratic Party has exposed far too much of its agenda in the past 5 years, overestimating their own influence and power while underestimating the American spirit.

America is turning the corner, and you're either with us or you're against us. With whom are you going to stand?