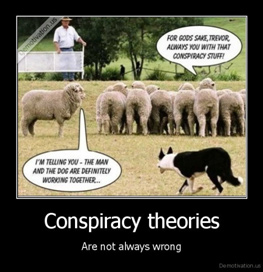 Call me a "Conspiracy Theorist," I don't care. I am a thinking person, not a drone, but a caring American patriot who is paying attention to the evil Man is prone to do, when given the opportunities. Virtually every supposed "conspiracy theory" in the past 20 years has turned out to be a real conspiracy, after all. That's because Americans aren't stupid and we aren't crazy, but we are attentive and we are paying attention now, like never before. Those too dull to even consider whether or not our government has already been hijacked are too dull to engage in intelligent dialogue anyway, so please, call me a "Conspiracy Theorist" and do it right away so I know with whom not to bother discussing these issues. Intelligent people consider everything. Scared people are too afraid to consider anything which might demand their attention and/or (gasp!) might demand that they take action.

ABOUT THE NEW AMERICANS ~ The good news about The New American is this: The New American is a patriot through and through, and truly does cling to our Bibles and our guns. We care about the truth. We are not D's or R's – we are independent and we associate ourselves with the Tea Party that overthrew the last corrupt and oppressive government here. We are from the Left and from the Right. We don't care what people say about us, and we are on a mission, a mission from God. This mission includes protecting our precious republic, The United States of America, from people who are Hell-bent on ending our nation's reign as the most powerful and prosperous nation in the history of Mankind. These people are planning a One World Government, sanctioned by the United Nations. The plan is already in place; this is no conspiracy theory. This is a bonafide conspiracy and the past four presidents – Bush I, Clinton, Bush II and Obama – have all openly supported this plan.

Tea Party patriots, the independent Americans, do not support this plan because in order to become part of a One World Government (OWG), The United States of America must forfeit our sovereign nation status and our government's authority. An effort is already being made to convince us that the USA doesn't need to give up our independent nation status in order to be included in this OWG, but that is a lie told by a now-openly-corrupt government.

The evidence of U.S. government corruption is literally everywhere today. It is ridiculously and blatantly prevalent. Every day a new scandal unfolds, and yet in the past few years, no government employees have been arrested or are serving time for their crimes. The Republicans are tipping their hand now and they are proving to be as corrupt as the Democrats as the GOP does absolutely nothing about countless crimes and unconstitutional actions by the U.S. government in place today. In fact, many Americans believe that Republicans are the Democrats, that there really is only one party, pretending to be two parties.

The New American is tired of the bizarre dog & pony show going on Washington D.C. right now. We the People, under the banners of the Tea Party patriots and. – I'm not sure what the Leftist, Progressive Socialist crowd call themselves anymore – "The Democrat Party," perhaps? – are now divided up into two sides. On the one side, we have Tea Party patriots. On the other, people who openly hate the Tea Party patriots. Why would anyone hate people who stand for less taxes, less government, accountability in government, a balanced budget and honesty? Why would any American support a plan which means the end of the USA?

I'm convinced that some people have been brainwashed into believing things which just aren't true. While I don't understand their unreasonable, unexplained hatred toward Tea Party patriots, I do understand that they have made themselves the enemy of We the People. I understand, too, that this president has done everything in his power to create and exacerbate this divide, rather than working to unite We the People. United we stand, divided we fall. The intent is crystal clear. This president and the US Congress which is doing nothing to stop this effort, appears to be working toward the fall of We the People. 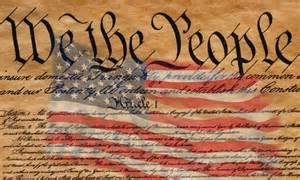 ABOUT THE U.S. CONSTITUTION BEING IGNORED AND TRAMPLED UPON ~ While Washington DC appears to be busy doing all they can to take rights away from us, the U.S. government is flaunting their unconstitutional behavior right in our faces. Barack Obama's own editorial staff stated that he was "Kenyan born" in 2007 when his book was published. No correction was issued. Was it a typo? Really? Of course not. This is a Constitutional issue and it is being ignored. Congress should have RACED to investigate and resolve this issue as soon as it was presented, and should have done so publicly and quickly. Congress did next to nothing. That makes Congress complicit. *crickets*

The right to free speech – our First Amendment right – is officially gone now, as Political Correctness has invented the term "hate speech" and deemed it a crime to say certain things. In 1996 SCOTUS Justice Kagan weighed in with her opinion that the government can, indeed, restrict free speech. That is not only insane, it's unconstitutional. The First Amendment states clearly that "Congress shall make no law respecting an establishment of religion, or prohibiting the free exercise thereof; or abridging the freedom of speech, or of the press..." It is as clear as day. And yet, this person Kagan, who shows open contempt and disregard for our Constitutional rights, was appointed to the SCOTUS by this president. The intention is obvious. 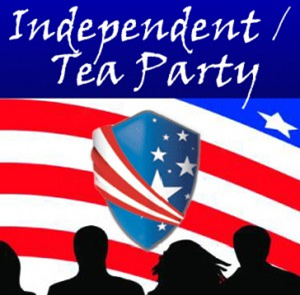 The right to freedom of religion is also gone now, as Political Correctness has legalized discrimination against Christians. Even 'hate speech' directed at Christians is legal now. In fact, all across America, Christians are being told what they can preach and what they cannot preach. Muslims can preach hate toward Christians from the pulpit all day every day and are not visited by the law or scrutinized for the things they preach. The Koran calls for killing those deemed "infidels" and Muslim clerics preach violence and "jihad" regularly – but none are censored or told what they cannot preach. It is blatant discrimination to tell a pastor of any religion what they can and cannot preach, and yet where are the Christian attorneys to file lawsuits against this kind of discrimination and censorship? They are publicly strangely silent on this matter...and so discrimination and censorship demanded by Atheists continues, and the supposedly Right aren't saying a word about it. Congress is no longer being directed by We the People IMO; quite the contrary, in fact. That much is crystal clear.

MAKING IT EASY FOR AMERICANS TO RE-REGISTER TO VOTE – I have done exactly that by creating a website at http://IndependentTeaParty.com. I've created a link to online voter registration, which took me about 1 minute to re-register as "Independent/TeaParty," and I have provided a PDF of the official voter registration form for download. I'm railing right now against both the Republican and Democrat Parties, who have violated the trust of We the People for decades now. Both parties have had plenty of opportunities to become honest and trustworthy, but collectively, both have failed to become either.

So I encourage you, too, to ask yourself what either party has really done for you in the past twenty years, and so, consider abandoning your party of choice to become a member of the "Independent/Tea Party," a bottom-up led effort that has no official leaders, no one manipulating rooms full of people, but truly has America's best interests at heart. As both major parties continue to chip away at our Constitutional rights, the Tea Party advocates for the preservation of our precious Constitutional Republic. I hope you will join us, tens of millions of patriotic Americans who are disgusted and, at last, fed up with the incessant lying, contempt for all things Constitutional and open contempt for the rights of We the People, which are endowed by our Creator, not by our government.

Yes, I am afraid...but not too afraid to stand up, and speak up.