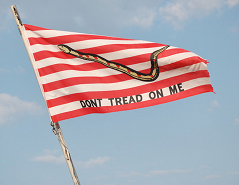 Historically, Liberals have had a rhetorical advantage with their brand of "equality" talk. They are viewed as champions of the disadvantaged and downtrodden, while Conservatives are demonized as heartless worms who care nothing about the plight of the have-nots. Perhaps no policy debate highlighted this contrast more than the one that preceded the passage of Obamacare. As we are now painfully aware, Obamacare is a law that's long on sentiment and short on sensibleness. Democrats were so focused on the symbolic value of the legislation that they neglected to consider the logistics of its implementation. The idea was all that ever mattered – the idea of comprehensive, affordable, accessible health care for all without exception. We were told that the Affordable Care Act would realize this vision, although no one seemed quite able to tell us how. We needed to pass the law so we could find out what was in it, remember?

Fast forward to today. The President and his congressional counterparts got their way and Obamacare is the law of the land. The genie is out of the bottle and the American people are finally getting their chance to find out exactly what this law is all about. Turns out all those mean Republicans were onto something when they questioned the wisdom of entrusting one sixth of the U.S. economy to an ideologically-driven president and his bureaucratic minions. From the start, this law has been about one thing: the redistribution of wealth under the guise of health care reform. The President wants a single payer system and Obamacare was engineered to push the system in that direction. We were told that the law would increase competition and lower costs but the opposite is happening. People were promised that they could keep their insurance if they like it and keep their doctors, but the opposite is happening. Now we're being told that these broken promises are unintended consequences. The President simply didn't realize how complicated overhauling the health care system would be. Imagine that! A community organizer with zero business experience didn't realize how difficult it would be to reconfigure America's hugely complex health care system.

Perhaps if Mr. Obama had paid heed to the concerns of his Republican detractors instead of ramming Obamacare down America's throat, he wouldn't be in such a miserable pickle today. Perhaps if he'd set his pride aside he would have realized that it takes more that grand speeches and soaring rhetoric to implement positive change. But the President is nothing if not determined. Contrary to his promises as a presidential candidate, he is not a bipartisan unifier and he rejects substantive compromise out of hand. He has the mandate, and it's his way or the highway.

This lack of compromise means that Obamacare's disastrous rollout falls squarely on the President's shoulders. Congressional Democrats up for reelection can't get far enough away from this debacle and have joined Republicans in calling for a delay in the further implementation of the law. In a desperate attempt to plug the holes in this sinking legislative ship, the President is attempting to amend the law by unconstitutional Executive fiat.

The magnitude of this disaster is almost enough to make Obama's harshest critics feel a bit of pity for the embattled president and his "signature legislative achievement." Almost. The fact is, Mr. Obama is reaping what he sowed. He allowed ideology to drive the formulation of policy with zero regard for concrete logistical considerations. He entrusted the Obamacare website to the corrupt forces of crony capitalism, resulting in an utterly dysfunctional website at a half billion dollar cost to taxpayers.

How this will play out remains to be seen. It is unclear whether this current disaster will pave the way for the complete repeal of Obamacare, but it is clear that going forward Obamacare will not look like the version envisioned by its architects. The American people simply won't allow the government to take away their liberty in such a personal area of life. It goes against everything this country represents.