November 16, 2010
Yesterday, Steve Ertelt of LifeNews.com wrote: "The fiscally conservative tea party activists were crucial to electing pro-life candidates in the 2010 mid-term elections, but now they are calling on Republicans in Congress to avoid social issues like abortion."

Let us pause. Perhaps we should take a deep breath. I understand the concern, but is there reason for panic? 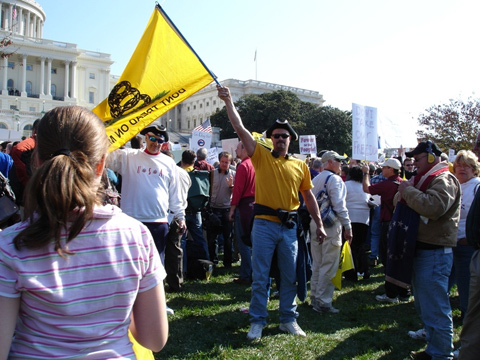 Nor does the paltry list prove that pro- and whole-life GOP members of the House and Senate will chicken out. Even Rep. Dan Lipinski (IL) — albeit the lone pro-life Democrat — has proven himself by voting against Obamacare and winning re-election.

Likewise, dear readers, there's no reason to believe that tea party allies in Congress, such as Sen. Jim DeMint (R-SC) and Rep. Michele Bachmann (R-MN), are about to wilt. I could name other brave souls elected or re-elected to Congress and we know it will be a tough fight against the culture of death.

Oh, we of little faith. Let's take a little break, pray for more victories, then work with all people of good will.

I've met hundreds of tea party activists and almost every one of them told me that they're fighting to restore the fundamental human right to life. The only things they want to kill are Obamacare and other Marxist disasters. 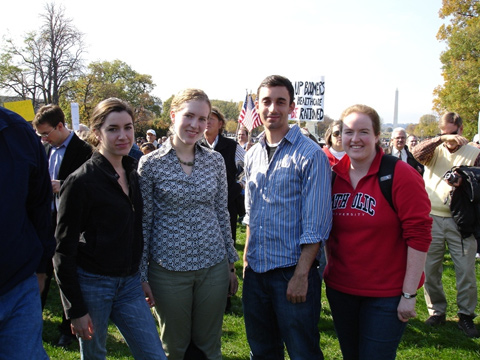 Primary reason for these Catholic U students protesting Obamacare? Its threats to life and liberty. (Anita Crane © 2009)

So, as we head into Thanksgiving, let's do just that: Thank the Lord and be happy for new hope.

In the meantime, feel free to leave comments on my blog @ http://anitacrane.com.