Rev. Mark H. Creech
Give me chicken and not baloney

August 7, 2012
It is said that once a young man was walking through town while eating a baloney sandwich. A piece of baloney fell from his sandwich and was immediately pounced upon by a robin. It was quite early in the morning and the robin was pleased that it was filled with food at such an early hour and wouldn't need to scrounge for the remainder of the day.

So the robin started to sing with pride. But that brought a neighboring cat upon the scene, which pounced upon the bird and ate it.

What's the moral to the story? Be careful how you open your mouth if it's full of baloney.

Those are my sentiments when it comes to the recent attack on Chick-fil-A by gay rights advocates. In fact, I think the tens of thousands of patrons who showed up on Wednesday for the "buycott" at Chick-fil-A were making the silent protest, "Give me chicken and not baloney."

Chick-fil-A's president. Dan Cathy, told Baptist Press that his company was "guilty as charged" for supporting "the biblical definition of a family." He later said in an interview he was deeply concerned America was inviting God's judgment when it defies Him and says, "We know better than you as to what constitutes a marriage."

Of course, you know the rest of the story. Homo-fascists called for a boycott. The Jim Henson Muppet Company pulled its toys from Chick-fil-A's kids' meals. And three mayors of major cities told the chain it wasn't welcome.

How did most America respond to these attacks? Answer: "Give me chicken and not baloney."

For quite some time, gay activists have tried to convince the nation homosexuals are a class of people, who like blacks have been denied their civil rights. Therefore, to oppose their political agenda is discriminatory — a form of bigotry on the same par as racism.

The comparison of homosexuality to race is like comparing apples and oranges. Skin color, nationality, is something benign, but not sexual behavior. Being of Scotch descent as I am doesn't hurt a soul, but homosexual conduct can destroy both the body and the soul.

I like the way, Dr. Patrick Wooden, black pastor of the Upper Room Church of God in Christ, in Raleigh, has stated it: "We've never seen homosexual only water fountains — homosexual only entry doors. There are no signs that say if you're homosexual go to the back." There are untold numbers of ex-homosexuals, but no one has ever met a former African-American. Indeed, homosexuality is not an identity or class; it's a behavior.

If homosexuals are classified with political rights on the basis of their sexual preference, then what's to prevent the pedophile, the polygamist or the incestuous from receiving a similar classification in law? Someone might argue because those acts are harmful. Yet, so is homosexuality.

Think of it. Thirty-one states in the Union have so profoundly rejected the radical arguments of gay rights that they've placed the definition of marriage as one man and one woman in their state's constitutions.

What are these states demonstrably declaring? They're saying they're not buying what the left is selling. They're saying, "Give me chicken and not baloney."

Outraged, the homosexual community continues to rail, "We were born this way. This is how God made us. And since He designed us this way, then we should act upon these desires. You may have been born a heterosexual, but we were born homosexual. On that basis, we demand equality. We demand the right to marry just as you."

To insist God made someone's desires, but then to deny His design of their body is to fly in the face of common sense. The human body is not designed for homosexual sex. Ignoring desire can be difficult, even painful. Worse still, however, to ignore the natural design of the human body can be fatal. 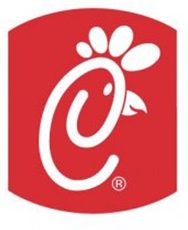 The Scriptures admonish, "Let no man say when he is tempted, I am tempted of God: for God cannot be tempted with evil, neither tempteth he any man" (James 1:13). Blaming God is as old as the creation. After the fall, Adam blamed God for his sin, saying, "The woman whom thou gavest to be with me, she gave me of the tree, and I did eat" (Genesis 3:12). In other words, Adam said God gave me this woman so God is ultimately responsible for my sin."

In essence God said, "I'm not buying it, Adam. Give me chicken and not baloney!"

Nevertheless, we hear this same kind of reasoning today. "I can't help it that I'm so weak," some say. "My environment was bad." "I had an awful childhood." "I'm just natured with a base temper like my mother or my father." "I was born a homosexual, etc." So go the excuses, but in a sense this is the same as blaming God for moral failure.

Homosexuality is a powerful sin like alcoholism, cursing, a gambling addiction, a bad temper, envy, or pride. It can get its hooks deep into an individual's very person. Worst of all, it can result in spiritual death. "Do you not know," writes the apostle Paul, "that the unrighteous shall not inherit the kingdom of God? Do not be deceived; neither fornicators, nor idolaters, nor adulterers, nor effeminate, nor homosexuals, nor thieves, nor the covetous, nor drunkards, nor revilers, nor swindlers shall inherit the kingdom of God" (I Corinthians 6:9-10).

Is there a way out? Yes, the answer is to submit to Christ as Savior and Lord.


"Mankind is like a clock whose mainspring is broken. He needs to be totally renewed on the inside, but the repairs must be supplied from without. He cannot save himself. Even so, men and women today need someone to remake them. That someone is Jesus Christ, the redeemer of man's soul and nature."


No matter what station in life we are or what we've done, Christ loves us. He died to save and set us free from the power of immorality. He wants you to turn to Him in repentance and faith.

Salvation is the first step to real change and a new life. After declaring in I Corinthians 6:9-10 that no homosexual can inherit the kingdom of God, the apostle Paul went on to say, "And such were some of you: but ye are washed, but ye are sanctified, but ye are justified in the name of the Lord Jesus Christ, and by the Spirit of our God" (I Corinthians 6:11). Just as many were caught up and delivered from the homosexual lifestyle in Paul's day, the same is true today.

Yes, you might say a lot of people have been saying throughout the centuries, "Give me chicken and not baloney."