Rev. Mark H. Creech
The Blue Jay and the Hawk

November 10, 2012
Sometimes I sit and work for hours on end at my desk in Raleigh, North Carolina. So a couple of years ago, I placed a number of bird feeders directly in front of my office window. Birds of every kind, numerous birds, would come and enjoy the rich variety of seeds I prepared for them. I received much pleasure observing the ways of Sparrows, Orioles, Finches, Brown Thrashers, Cardinals, Snowbirds, Mocking Birds, and others. I never expected I would learn a critical life's lesson from my little winged friends.

Until one day, while focused on the daily grind, I was startled to hear an unsettling racket just outside my glass. It turned out to be the cry — the raspy scream of a Blue Jay in distress. He was caught in the talons of a large Hawk that had suddenly swept down upon him with the intent of having him for lunch. The Blue Jay was fighting back with all of his might.

It was a horrific scene. Firmly in the death-grip of the Hawk, the poor Blue Jay seemed surely about to meet his end. Nevertheless, I could not help but be riveted at the Blue Jay's unwillingness to surrender. Even though the Hawk would go down upon the Blue Jay to take a bite out of his victim, feathers plucked and actually ascending into the air from the Hawk's sharp bill, the Blue Jay with his long black beak would strike fiercely the Hawk's head, his legs, and any other place on his captor he could reach. Eventually, the Blue Jay managed to land an apparent painful blow on the Hawk's leg, causing him to release momentarily, just enough for the Blue Jay to escape into the bushes.

I literally cheered from the window, actually shouting out loud, "Yeah, he made it. He did it. He got away." But this spectacle was not over. I noticed the Hawk strategically placed himself on a nearby branch and with a keen eye patiently watched for the bird to emerge. In an instant, the Blue Jay darted from his hiding place to make his getaway, but being swifter the Hawk had his prey again. And this time, it appeared all was most certainly lost and the unfortunate smaller fowl would never break free as the Hawk held him decisively on the ground in front of a trash dumpster. Still, though his end seemed imminent and a foregone conclusion, the Blue Jay had no less fight in him during this second bout than the first.

Then, something surprising happened that changed the course of everything. A man walked toward the dumpster to toss some trash and the Hawk fearfully released his captive and flew away. This time something akin to providence, divine intervention, had entered the picture and the Blue Jay would find his freedom at last.

I have since thought about that scene played out before my eyes again and again. It so impressed me with a picture of such a great truth that I am uncertain as to whether I can ever be permanently discouraged.

Sometimes God's people find themselves in the grip of negative forces far superior to themselves. All hope may seemingly be lost — the end probable — no likely way to recover. It could be a health issue, financial problems, a failing marriage, a troubled or rebellious child, the demise of a dream, and the list goes on. It may be as it is for many conservative evangelicals, some Catholics, and many political activists who hoped to see a different result in this year's election, but now fear a righteous cause has irreparably failed.

There are unquestionably dozens of similar examples of this principle in Scripture.

Joseph was betrayed and sold by his brothers to become the slave of Potiphar in Egypt. He would also be unjustly imprisoned and forgotten. Through all of these troubles Joseph did not despair and remained faithful despite little hope of things improving. But then providence entered and exalted him to the highest post in the land under Egypt's Pharaoh. Joseph would save many lives during a period of great famine, including his own brothers to whom he would be joyfully reconciled. 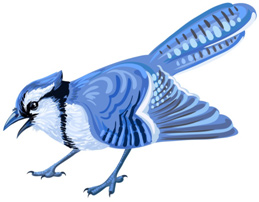 Moses and the people of God were once caught between the wrath of an evil Pharaoh and the deep blue sea. But Moses would not give up and faced the odds against them and consequently providence opened the sea, allowing them to cross over on dry land. Moments later that same sea which had been their greatest obstacle would close upon and destroy their pursuers.

And what about the disciples of Jesus? They were twelve very ordinary men, facing a hostile religious establishment in their own country, the pervasiveness of idol worship in other countries, the constant threat of beatings, imprisonment, and martyrdom. Yet they persevered in sharing the truth of their faith notwithstanding seemingly insurmountable opposition. And by providence the Christian religion would profoundly change the whole world for the better.

On October 29, 1941, Winston Churchill visited Harrow School in the United Kingdom to give a speech. Churchill was a key figure during World War II, a conflict which England would have unquestionably lost to the Nazis had it not been for Churchill's perseverance in the face of almost certain defeat.

When one considers what Churchill would admonish the students at Harrow that day, it becomes clear what it was about the character of the man that would lead his people to prevail:


"You cannot tell from appearances how things will go. Sometimes imagination makes things out far worse than they are...But for everyone...surely...this is the lesson:


Indeed! Take a lesson from the Blue Jay and the Hawk.