November 17, 2012
You may have heard that story about how the whole world dies and an endless line waits to get into heaven. Suddenly there's a loud roar from the front of the line. A man in the rear calls out, "Why are they cheering?" Somebody in front yells back, "They're not counting adultery!"

The recent sex scandal involving General David Patraeus and his attractive biographer, Paula Broadwell, raises the issue of adultery to the forefront again. It's become such a common occurrence in the news one can only wonder if everybody's doing it.

In his ground-breaking research Alfred Kinsey argued that around 50% of men cheat on their wives, while 26% of women had been unfaithful. More recent research from the MSNBC.com/iVillage Lust, Love and Loyalty survey, however, says that figure is more likely to be around 26% for men and 18% for women. Yet, no one really knows for certain because people are typically disinclined to admit having committed adultery. So much of the research may actually underestimate its prevalence.

One thing is for certain, the seventh commandment clearly states, "Thou shalt not commit adultery" (Exodus 20:14). And that great commandment has never been repealed by God. Those who are careless to break it will only find themselves broken by it.

People commit adultery for various reasons: some out of pure lust, others for emotional and psychological causes. But whatever the reasons, there are certain consequences that follow as certain as night follows day. King David discovered this fact after his sin with Bathsheba. David confessed his indiscretion and received forgiveness, but Nathan, the prophet, told him, "The Lord has put away thy sin,... Howbeit..." (2 Samuel 12:13, 14) Adultery always has a "howbeit." Contrary to popular opinion there is no protected promiscuity, no "safer sex," apart from fidelity between one man and one woman within marriage.

Sex is not simply sex, as some people contend. Its more than biological, it's also spiritual. When men and women make the physical commitment, without making the emotional and spiritual commitment God requires, the soul itself is injured. It's injured with guilt and shame because the person knows within that something fundamental to the design of humankind has been violated. Moreover, the spirit may also become hardened to the emotional aspects of love and intimacy, separating the physical from the spiritual component. Either way the results are emptiness and unhappiness.

It should also be noted that cohabitation really does nothing to prepare couples for marriage. In fact, according to a new government report released in March of this year, the National Center of Health Statistics claims, "It has been well documented that men and women who cohabit with their future spouse before first marriage are more likely to divorce than those who do not cohabit with their spouse before first marriage."

Cohabitation is nothing more than playing house. Its intention is to provide the pleasure and convenience of sex, while leaving couples a way out. At the most, "shacking up" is a gyp that seeks to express something it can't offer — a mere mimic of something it can't possibly produce. Something as sacred as marriage — the physical and spiritual union of a male and a female permanently committed to each other regardless of circumstances — can never be stably built on such a faulty foundation as "living together."

Finally, society pays a heavy price for this sin. In a recent editorial by David Horsey of the L.A. Times, titled, Titillation of Petraeus Affair Comes at a High Cost for America, Horsey suggests that maybe the nation makes too much of this transgression at its own expense. The truth is the nation underestimates it at its own expense.

Dr. James Dobson once rightly compared sex to nuclear energy. When kept within its proper parameters, nuclear energy is an incredible source of good for the nation. Outside of its proper containment, however, it becomes a source of unbelievable destruction. 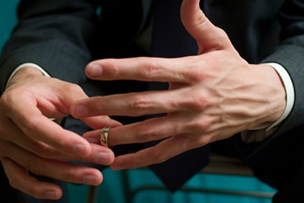 The truth of those words has never been more evident as the great institution of marriage and its numerous benefits are under assault from a sexually permissive culture and subject to becoming obsolete. Marriage is associated with a wide range of economic, health, educational and safety advantages that extend to every class, rich, poor, working class, and minorities. It's especially important for the healthy emotional development of children. Marriage works like an immune system that provides protection for the nation that nothing else can possibly supplant.

In John 8:3-11 is recorded the story of a woman taken in adultery that was brought to Jesus. She was actually caught in the act and according to the law worthy of condemnation. But Jesus said to her accusers, "He that is without sin among you, let him first cast a stone." Dr. Jerry Vines said he heard a black minister say about this text, "If one of them dared to throw a rock at her, the Lord would have turned the heart of it to rubber, and it would have bounced back and burst their brains out." Indeed, sexual sin is all too prevalent. Nonetheless, God calls us to sexual purity. And after forgiving the woman who had committed adultery, Jesus instructed her, "Go, and sin no more."

There's much America should learn from the Petraeus affair. Sexual immorality is an equal opportunity sin and rampant. It has serious negative consequences. God is plenteous in mercy and eager to forgive sexual sin through His Son, Jesus Christ. But He still counts it — it still matters. Therefore, "Go, and sin no more" (John 8:11).