January 28, 2013
There is a feature of "Peanuts" where Lucy says to Charlie Brown: "You know what I don't understand? I don't understand love?!" Charlie Brown says, "Who does?" Lucy says, "Explain to me, Charlie Brown." He says, "You can't explain love. I can recommend a book or a poem or a painting, but I can't explain love." Lucy then adds, "Well, try, Charlie Brown, try." Charlie responds, "Well, let's say I see this beautiful, cute little girl walk by." Lucy indignantly interrupts: "Why does she have to be cute? Huh?" Why can't someone fall in love with someone with freckles and a big nose? Explain that!" Charlie tells her: "Well, maybe you are right. Let's just say I see this girl walk by with this great big nose." Lucy raises her voice: "I didn't say GREAT BIG NOSE." Charlie concludes: "You not only can't explain love, you can't even talk about it." [1]

In his second inaugural address President Obama spoke about love. He said that our nation's journey for equality "is not complete until our gay brothers and sisters are treated like anyone else under the law – for if we are truly created equal, then surely the love we commit to one another must be equal as well."

Ah, equality and love, who could possibly be against these? Certainly only haters, bigots and religious extremists would oppose or stifle their advancement in the cause for gay marriage. Yet, it's highly doubtful that even homosexual activists really believe what they so vigorously applauded in the President's speech – the belief that "if we are truly created equal, then surely the love we commit to one another must be equal as well."

Really? Then why aren't the President and the LGBT community also vigorously fighting for marriage rights for the polygamist who claims his love for more than one woman is equal to all other loves? Why aren't they fighting for the incestuous woman who claims her love is misunderstood and that her romance with her brother is a love worthy of marriage? What about the man who loves someone underage – a child? If we should believe that all love is equal, then why can't we accept his contentions or even that of the child's that their love is consensual – just as real and deserving of equal respect to that of any other?

Certainly, the most common answer to these questions is that all of these other relationships are unhealthy and harmful. But so is the homosexual lifestyle and the evidence to this end is voluminous. Some of the health perils include increases in AIDS and STDs, hepatitis, colon and rectal cancer. Lesbian women are at much greater risks for cervical cancers, bacterial vaginosis, and the list goes on.

And the failure to be monogamous is not the whole issue, it's the behavior itself. No one who is thoughtful can possibly believe that something as unnatural as the act of a man placing that part of his body which was designed to project life into that part of another man's body meant to expel death could possibly be a healthy lifestyle under any circumstances.

Numerous negative social consequences of homosexual behavior could also be listed. Nevertheless, nothing serves the argument better than to make the simplest of comparisons. Think of it, if everyone were faithfully committed to natural marriage, the end result would be a dramatic reduction in the welfare rolls, the crime rate, the number of abortions, and the instances of child abuse. But if everyone were committed faithfully to same-sex marriage, it would ultimately mean the end of the human race. Granted, all relationships would never become homosexual, but the illustration is only meant to clearly show that all "love" is not "equal" – all love is not equally beneficial to society.

The point is that love is not the primary reason the government sanctions the institution of marriage anyway. No marriage license application asks the candidates if they "love" each other. As far as the government is concerned, it's singing right along with Tina Turner, "What's Love Got to Do with It?" Government's vested interest has always been about the positive contribution marriage makes to the culture – the stability it provides for both men and women – the value it brings to child-rearing – and the superior way all these dynamics work together to supply a citizenry that is emotionally, physically, and spiritually strong enough to sustain its civilization. 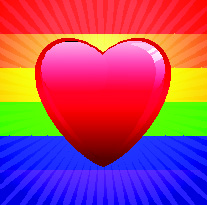 Moreover, the President's referencing The Declaration of Independence as a premise for the argument in favor of gay marriage was most erroneous. To contend that God, who is the author of "unalienable rights," approves of same-sex relationships, flies in the face of truth that is "self-evident," the larger body of religious history, as well as God's design of the human body.

Is this to say the "love" homosexuals share is not real? Absolutely not! Nonetheless, it is meant to contend that not only is every love not equal, but sometimes what we say is "love" can be an inverted or perverted form of love that is detrimental. Adultery is wrong! Incest is wrong! Pedophilia is wrong! Polygamy is wrong! And yes, homosexuality is wrong! No matter how much one contends that it is love and that it feels right – it's still morally wrong and injurious!

Marriage has never simply been about satisfying the emotions of two people. Instead, it's conventionally been about the greater good of mankind. The value of same-sex relationships cannot accurately be said to have matching worth as that of one man and one woman committed to each other for life. And the reason the standard in America has long been in favor of traditional marriage is because no other relationship can demonstrate that it truly is in the best interest of advancing the public good.

And for these reasons, the President's inaugural remarks supporting gay marriage demonstrate a woeful ignorance of his ability to explain or even talk about the true nature of "love" or "equality."