July 15, 2013
Listening to some of the railing by pro-choice legislators against SB 353 – Health and Safety Law Changes – the abortion bill considered recently in the North Carolina House – could at times be exasperating.

No moment was more strenuous to the ears of pro-lifers than when Rep. Alma Adams (D-Greensboro) insisted that if the bill closed abortion clinics across the state, it would force women back to the time of back alley abortions and pregnancies ended with coat hangers.

Adams decried, "What a terrible day for North Carolina women – shame on us," while waving high a coat hanger. "Do we really want that blood on our hands? I do not," she said.

Granted, this is an emotional issue, but the use of such hyperbole is really what's shameful.

More than a decade before abortion was legal in this country; the vast majority of illegal abortions were performed by reputable physicians in good standing. [1] In 1960, Planned Parenthood stated 90% of all illegal abortions were done by physicians. [2] Actually, the vast majority of women were not getting abortions from butchers as pro-choice people like to claim. In fact, most abortions performed after legalization were performed by the same doctors that were providing them before legalization. Neither their training nor their equipment really improved after abortion was decriminalized. [3] So, the entire argument about back-alley abortions and coat-hangers is, to say the least, highly exaggerated.

The late Dr. Bernard Nathanson, an abortion activist of yesteryear, admitted that he and his cofounders of the National Abortion Rights Action League (NARAL) fabricated the figure that a million women were getting illegal abortions every year, as well as the number of maternal deaths, 5,000 to 10,000 each year resulting from them. [4]

Nathanson said: "I confess that I knew the figures were totally false, and I suppose the others did too if they stopped to think of it. But in the 'morality' of our revolution, it was a useful figure, widely accepted, so why go out of our way to correct it with honest statistics? The overriding concern was to get the laws eliminated [laws against abortion], and anything within reason that had to be done was permissible." [5]

Research confirms that in 1972, the year preceding the legalization of abortion, the federal Centers for Disease Control (CDC) reported only 39 maternal deaths from illegal abortions. [6] These numbers are a far cry from those figures of tens of thousands touted by pro-choice advocates. Today, maternal deaths caused by an abortion procedure are very difficult to track because the reporting is dependent on the abortion clinics, which is much like asking the alcoholic to guard the liquor cabinet. But make no mistake, women are still dying from abortions and the fatalities are mostly post-abortion surgery and secondary reasons for these deaths like a blood clot, blood poisoning, heart attack, hemorrhage, pelvic abscess, etc., are listed as the official cause instead of the actual cause – the aftermath of an abortion procedure. The point here is that abortions performed today are characteristically performed as they always have been, but there is now a greater risk posed to the health of women largely by the incredible increase of the numbers performed every day.

Moreover, women lawmakers on the House floor defending so-called abortion rights repeatedly said that women are smart. Women know what they are doing when seeking an abortion and don't need the government to tell them what to do with their own bodies. But then they turned around and insulted women by arguing that if some or all of the clinics were to close in North Carolina these same intelligent women would be so foolish as to use a coat hanger to end their unwanted pregnancy. Such logic not only boggles the mind, but is demonstrably revealed for what it is – hypocritical propaganda!

There is one final critical thought, however, that has yet to be mentioned. For every two people that enter an abortion clinic, in some cases neither come out alive, while in all cases, only one comes out alive and it's not the baby. Whether an abortion is legal or illegal, whether it's safe or unsafe, whether it's in a clinic or in a back alley, in no situation is it ever safe for the unborn innocent that is subjected to the violence of a uterine invasion. The primary horror of abortion, no matter the means, is not the threat it poses to a woman's health (as bad as that threat is), but the certain death it causes to the most vulnerable of all human beings – a tiny and defenseless little baby. 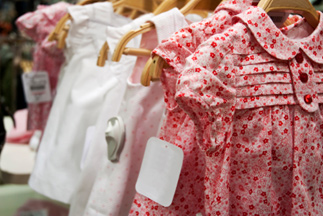 That being said, perhaps next time Rep. Alma Adams and her cohorts, Planned Parenthood, Pro-Choice North Carolina, and NARAL wave their coat-hangers in protest to pro-life legislation, then those who respect life should wave coat-hangers in kind with baby clothes on them.

[6] National Right to Life, "Argument 4: If Abortion is Made Illegal, Women Will Die," http://www.nrlc.org/abortion/facts/responseargument4.html