January 11, 2014
You may have heard the story about the two Navajo Indians who were having a conversation across an Arizona valley by smoke signals. While they were speaking, the Atomic Energy Commission released an atomic bomb nearby, and when the gargantuan mushroom cloud rose on the horizon, one of the Indians sent up a smoke signal to the other saying, "Man, I wish I had said that."

Recently, I came across a quote that made me feel the same way. It was from William E. Simon, the famous successful businessman and philanthropist, who also served our country as its 63rd Secretary of the Treasury. Simon commented:


"How did we reach such a state – in this land where, for generations, mothers and fathers bravely risked their lives and came streaming to these shores to give their children freedom to worship God without fear or favor? How can there be such a cowardice and silence in the face of this outrageous trashing of America's treasured traditions?

Beset by the crisis of his day, Abraham Lincoln said: 'We have forgotten the gracious hand that preserved us in peace, and multiplied and enriched and strengthened us; and we have vainly imagined in the deceitfulness of our hearts, that all these blessings were produced by some superior wisdom and virtue of our own...we have become too proud to pray to the God that made us!'

I have served my country in government and enthusiastically participated in the business world for over forty years. But the cumulative experience of all those years has only reinforced the simple and timeless truth of Lincoln's eloquent words.

Vital as they are, sound policies – less government, low tax rates, and a strong defense – are not enough. America will never be healed and never be truly strong, until we acknowledge, once again, the preeminent importance of our values, until we are willing to humble ourselves, and until we are not too proud to pray." [1]


The values Simon referenced were Christian values. He said, "Where is any debate, let alone recognition, that the bedrock, pro-faith and family values upon which America rests are under 'frightful assault,' and that, day-by-day, this nation is distancing itself from its Judeo-Christian roots?" [2] Simon passed away in 2000, but his words ring truer today than when first reported in the early nineties.

Loud now and pervasive are the voices that argue religious beliefs ought to be excluded from government function – they should never be included in the decision-making process of public-policy.

There is not enough time or space to write about all the ways the Bible has influenced our nation for unprecedented good. It was the Bible's teachings that essentially plowed the ground, as well as planted the seed for the growth of literacy and education, capitalism and the free enterprise system, representative government, civil liberties, the dignity of all mankind, benevolence and charity, the highest standards of justice, regard for human life, and the elevation of women and children. This is just to name a few.

Efforts to separate Christian influence from the nation's directives fail to recognize there are religious reasons behind many, if not most of our laws. Yet such does not necessarily constitute a violation of church and state. It's not the same as an "establishment of religion," which the Constitution prohibits. Most of our nation's criminal statutes were based in some way upon the Ten Commandments. Measures against stealing, lying under oath, or murder, as well as numerous others, come from the Decalogue, but they don't establish a particular government church or religious body. 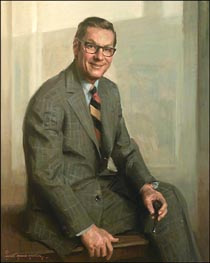 Was Martin Luther King, Jr. establishing a religion, when as a Baptist minister, he preached to a wayward nation about its racial injustices from the Bible? The laws that would ultimately pass to end racial discrimination were firmly rooted in a Christian code, but certainly no corroboration for a state church.

Moreover, it's the most spurious of contentions to say morality can't be legislated. In fact, nothing but morality can be codified. Every law passed is based in a value system that is imposed on every one. Much of the current crises in our country can be traced to the elevation of inferior value systems that reject the superiority of Christian principles.

We are foolishly abandoning what made us an exceptional nation. Simon also added that no matter how much America prospered economically it wouldn't make any difference, "if the hull beneath continues to rot and the ship itself has lost its way." [3]

When I was a child, I and other kids in the neighborhood would play the game "Simon Says." God hasten the day when Americans would demonstrate the humility of a child and do as William E. Simon says. He said it as good, if not better than anybody.

Yeah, I wish I had said that.