March 2, 2014
North Carolina's new Voter ID law came under assault last week from Van Jones, a Democrat and host of CNN's Crossfire. During the broadcast, which featured North Carolina Gov. Pat McCrory as a guest, Jones said the new law was a means of rigging the state's election system and essentially suppressing the vote of African Americans, lower income people, and others who would vote against the state's Republican majority.

Jones' remarks reflect a common objection of Democrats, Moral Monday Marchers, and even U.S. Attorney General, Eric Holder. Under Holder's direction the Department of Justice has filed a suit against the state over the statute.

The new state law, however, is actually about protecting the integrity of the vote in the Tar Heel state. Voter fraud is real and always plausible.

Few people are aware or remember the way Lyndon Johnson acquired his ironic nickname, "Landslide Lyndon." LBJ earned the title in his 1948 bid for a U.S. Senate seat representing the Lone Star State. In that election, it appeared Johnson had lost. But just six days after Election Day, it was discovered in the precinct of Alice that 203 people voted at the last minute, making Johnson the winner. All except one had for voted for Johnson. Strangely, however, the 203 people that voted had done so in alphabetical order. That seemed terribly suspicious to Johnson's opponent, Texas Governor Coke Stevenson, who sued and won an injunction from the federal district court, barring Johnson from the general election ballot. But Supreme Court Justice Hugo Black, who was a sitting circuit justice, ruled the federal court had no jurisdiction in the case and ordered the injunction stayed. Black's decision and Johnson's narrow win of 87 votes would later be upheld by the Supreme Court. It was only in 1977, four years after the late Johnson's passing that an election judge in Alice admitted that he had helped rig the election.

Such examples provide the impetus for states to vigilantly revise, reform, and upgrade their election laws wherever necessary to protect the vote, which is exactly what North Carolina's current leadership did during the last session of the General Assembly. The legislation that passed not only addressed the need for Valid Voter Identification, but also numerous other constructive provisions pertaining to the state's elections.

Before the new Voter ID law, many of the state's election rules had become antiquated. They had largely been written for a time when voting occurred on one day (Election Day) in communities where most people knew the identity of the voter who walked in the polling place. But everyone knows that isn't the situation today – far from it.

Over time, newer laws were added, many of them overlapping the old and making the state's election system too complicated.

A second example is that in order to vote, the requirement was simply to announce one's name and address at the polls. That is, unless the registration was done by mail, then the first time one voted, it was necessary to show some form of identification. Those who registered to vote via same-day registration were also required to show an ID.

A third example was that all voters who registered or made changes to their registration were mailed verification forms to ensure that they actually lived where they claimed to reside. That is, unless the person registered during same-day registration, in which case there was no time to verify the voter's address.

What a convoluted mess! – a mess that failed to effectively serve the North Carolina electorate with an election system beyond reproach, one that leveled the playing field for everyone.

A few years ago, when one-stop early voting was first pitched to the legislature, it was touted as a way to increase turnout, but it didn't work out that way. Early voting was convenient, but it only resulted in the same people who always turned out to vote casting their votes early. Voter turnout did intensify during early voting, mostly during presidential elections, but it didn't result in a larger general upsurge in voters for the election.

Although the new law allows for the same number of hours to get to the polls as the last equivalent election, it shortens the time for voters to cast their ballots early during one-stop voting – and for good reason. One-stop early voting is problematic for the state's local election boards. Their responsibility requires making certain the poll books are updated with all absentee voters. Because early voting ends on the Saturday before Election Day, it can be impossible to do so before the polling places open on the day of the vote. The early-voting process can provide the greatest potential for fraud, if an ID is not required. What would stop a person from voting at an early voting site – as long as he could present a name and address from the voter rolls? The only thing necessary would be to visit the state Board of Elections web site and access the entire list of North Carolina voters' names and addresses.

Moreover, employees for the various county boards of elections have reported receiving complaints from a voter or sometimes several voters, who would call and say they had gone to vote, only to learn that someone had already voted in their name. Sadly, the Board of Elections, both county and state, would excuse these reports simply as administrative error, and thus, allow the disenfranchised voter to cast a vote anyway and then have that vote to count. What's really egregious, however, is the fact that it was impossible to know what really happened. It could only be surmised. Over time, North Carolina's voter laws had developed in such a way as to make fraud detection considerably difficult.

Of course, some will contend these allegations of voter fraud are just a lot of hoopla over nothing, but they aren't!

Citizens in Pasquotank County successfully removed more than 60 voters from their rolls after the 2012 election, but unfortunately, only when the votes had already been counted. The voters attested that they were residents at the local college, but that didn't prove to be true. It's impossible to know even if they lived in the county, but it's abundantly clear they didn't live at the addresses on their voter registration. That's definitely voter fraud and it is most naïve to think it isn't happening elsewhere in the state.

But even if there isn't widespread proof of voter fraud, isn't the very possibility of trickery – the alleging of voter deception – a matter to be vigorous in trying to prevent? This involves the most important right exercised as a citizen of a representative democracy – the right to vote!

If it were difficult to prove a claim that there was illegal street racing on a certain highway, would that be reason enough not to send the Highway Patrol to watch the area as a preventative measure – as a means of possibly saving lives?

The same reasonable principle should also apply to minimizing the potential for voter fraud.

We should always assume voter fraud is possible and take precautions. Most of the electorate understands this; and no doubt, that is much of the reason why 70 to 80 percent of voters favor Voter ID. 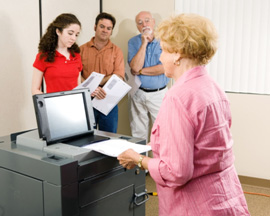 Still, there is one more reason to support North Carolina's Voter ID law. It's the fact that everybody ought to have a valid ID – everyone. There are so many reasons one would need an ID: applying for a marriage license, entering many government buildings and courthouses, jury duty, applying for a job, applying for employment insurance, for doctors and dentists visits, to get a library card, to pick up a prescription or purchase some cold medication, to enroll a child in school, to rent a car or an apartment, to get a package from FedEx or UPS, to cash a check, and the list goes on. Everybody ought to have an ID!

How telling is the need for everyone to have a valid ID, when Moral Monday organizers, the loudest voice opposing the new Voter ID law, called upon marchers participating in a recent rally in Raleigh to keep one on their person at all times? Go figure.

That being said, since a valid Voter ID isn't required to vote in North Carolina until the 2016 election, churches need to engage in drives that help every citizen of the state to secure one. Fewer actions would be a better demonstration of obedience to Christ's command to render unto Caesar the things that belong to Caesar, and unto God the things that belong to God (Matthew 22:21).

For the Christian, voting is the most sacred of civic duties. People on the left may continue railing against the new Voter ID law, but it only works to protect the integrity of the state's elections. And that's something that even pleases the Almighty.