May 24, 2014
In 1939, near the end of the Spanish Civil War, outside the city of Madrid, the rebel General Mola was about to launch his attack. When asked which of his four columns of troops would first enter the city, Mola's reply became legendary. He responded, "The fifth."

The General was referring to a band of rebel sympathizers behind Loyalist lines inside the city, a group that was already helping him. His coining of the term "fifth column" has been used for decades as a description of a traitor, someone who aids and assists the enemy from within.

Scripture warns the church to beware a similar "fifth column." The apostle Peter warned, "But there were false teachers among the people, even as there shall be false teachers among you, who privly shall bring in damnable heresies..." (2 Peter 2:1). Jude 4 reads, "For there are certain men crept in unawares, who were before of old ordained to this condemnation, ungodly men, turning the grace of our Lord into lasciviousness, and denying the only Lord God, and our Lord Jesus Christ."

Such passages are to put the people of God on alert. The scenario is to be expected. Some will make-up church life and ministry who profess the Christian faith and call themselves believers, when actually they are apostate – enemies that threaten the work of God from within.

Apostates are usually characterized by the following errors:


(1) They fail to maintain a high view of the Bible, denying its comprehensive inerrancy and divine authority in all matters of faith and practice.

(2) They substitute the teaching of the transformative power of the Gospel – its power not only to redeem but to regenerate from sin, with some other doctrine.

(3) The creed or code they emphasize may appear remarkably similar to authentic Christianity, but substantively it fails to recognize one or more of the fundamentals of the faith such as the Trinity, the Deity of Christ, the bodily resurrection of Christ, and the message that salvation is by grace through faith in Christ alone.


Apostasy has made its way into the life of nearly every mainline Christian denomination today, affecting their colleges and seminaries, producing graduates that promulgate their deviations down into the churches, misleading and blinding multitudes in the pews. Some have effectively dealt with the threat, while others have not fared so well.

Only a few days ago, Good News Magazine reported on a group of leading pastors and theologians from the United Methodist Church who "lamented the irreconcilable differences that have been manifest over the last four decades within the denomination." According to a press release, the more than 80 leaders from across the denomination have "engaged in sober and prayerful conversations via conference call for the last two months," and, "they agreed that a peaceful parting could be in the best interest of United Methodists."

The differences listed as separating them were matters pertaining to a crisis of covenant, where pastors were violating the United Methodists Book of Discipline, ignoring the will of the General Conference and not being held accountable for their actions. In some cases, even the bishops were blessing violators. Also mentioned was "a crisis regarding the inspiration and the authority of Scriptures, where some believe that, rightly understood, the Bible is the infallible word of God, and where others believe that significant parts of the Scriptures do not provide an accurate understanding of God's heart and mind and may be discarded as uninspired and in error." Lastly, they contended it was "a crisis of discipleship, where there are dramatic differences in how personal and social holiness is lived out and taught." This was most manifest in the striking differences traditionalists and progressives among United Methodists have regarding the subjects of marriage and human sexuality, more specifically, homosexuality.

Although I'm not a Methodist, I believe I can say with biblical authority that from what its leaders are saying, United Methodists are, unfortunately, dealing with all the symptoms of apostate members, who must either be disciplined unto repentance or be put out of the church, or, the church must separate itself from them.

In a recent Christian Post article, Dr. Michael Brown of the nationally syndicated, daily talk radio program, the Line of Fire, referred to an interview he did with Methodist pastor Frank Schaefer who was defrocked for performing the gay wedding ceremony of his son. In the article titled, "Truth, Separation Should Arise in 'Gay Marriage,' 'Gay Christian' Debate," Brown said,


"The question of 'gay Christianity' is not a minor issue, affecting our views of the authority of Scripture, the meaning of marriage and sexuality, and the importance of gender distinctions, not to mention massive implications for the society at large.

"That's why I welcome the coming separation over this issue. And as painful as the division will be within the churches, denominations, ministries, and even families, it is absolutely necessary and unavoidable."


I concur with Brown's assessment completely, except to add, I believe the homosexual issue and its pervasive presence within the church is more the outcome of the larger issue of apostasy and its destructive influences.

Romans chapter one indicates that societal support for homosexuality is consequential of a culture's idolatry. I suggest the affirmation of the gay lifestyle by religious bodies is evident of their own spiritual whoredom. 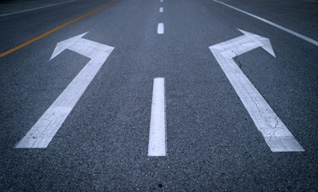 I commend Methodists who see the need to separate from those in their own ranks who do not hold fast to sound doctrine. The apostle John admonished, "If there come any unto you, and bring not this doctrine, receive him not into your house, neither bid him God speed: For he that biddeth him God speed is partaker of his evil deeds" (2 John 10-11).

Some will probably deem these words to be too harsh and without Christian compassion. Others will say I have no right to judge who is or isn't a Christian. I neither speak devoid of a broken heart, nor do I claim to know another man's heart before the Lord. But I do know that apostasy is a matter of spiritual life or death for the church and the credibility of its witness. I do know God allows it to sort out true believers from unbelievers. And, I do know its occurrence can also work for good in awakening believers to a new energy and a greater commitment to the things of God.

Nevertheless, if the city of God set high on a hill is to withstand the onslaughts of the Evil One to destroy it and its power to change the world, something has to be done to corder and eliminate that "fifth column."