August 2, 2014
In a recent editorial, the Raleigh News and Observer said that state attorney general, Roy Cooper, "made a sensible decision" to stop fighting several federal lawsuits that seek to overturn North Carolina's Marriage Protection Amendment. How tragic that our country has been so poisoned by progressive sentiment that a major media outlet in the Tar Heel state would applaud such a serious form of lawlessness.

Cooper's actions are a dereliction of his fiduciary responsibilities to the people of North Carolina. It is a violation of his oath. He is a critical constitutional officer in this state who refuses to defend the constitution of North Carolina, which contains an amendment defining marriage as one man and one woman. His assertion that the Fourth Circuit's ruling on Virginia's marriage law "renders his oath of office inoperable" is absurd.

What did the two federal justices on the Fourth Circuit three-judge panel do when they ruled Virginia's marriage amendment was unconstitutional? They made a decision that was the worst form of judicial activism. They ruled the Fourteenth Amendment guarantees gays and lesbians the fundamental right to marry. However, the only way they could reach such a conclusion was to ignore every Supreme Court decision establishing a right to marry was clearly based upon marriage between one man and one woman. The justices then supplied their own, new legal paradigm for marriage as a genderless institution and pronounced every state within the 4th Circuit must adopt the same.

By refusing to resist with every legal means possible, Cooper capitulates to a form of tyranny in our day. He abandons his post on the field of battle, throws up the white flag, stands in the very place of the state (a state that voted by 61% for the marriage amendment) and wimpishly replies to the 4th Circuit that North Carolina accepts their judgment and surrenders. Furthermore, he calls on the judges who will preside over the cases currently challenging the state's marriage amendment to stand down and yield to the despotism of two judicial totalitarians.

There could be only one reason why Cooper would throw down his legal weapons so swiftly when the Virginia ruling doesn't even take effect for 21 days, and then it will likely be appealed, if not directly to the U.S. Supreme Court, at least to the full appellate court. That reason? He is a "turncoat."

When it comes to the state's marriage laws, it's hard to really know for whom Cooper speaks. Perhaps it's for the extreme left who would financially support his candidacy for Governor. Perhaps Cooper speaks exclusively for those who overwhelmingly lose again and again at the ballot box on the same sex marriage question and can only succeed by judicial fiat. Perhaps he speaks for the liberal elites of Washington, New York and Hollywood. It's hard to tell for whom Cooper speaks, but one thing is for certain, he doesn't speak for North Carolina.

During the press conference when Cooper announced he would no longer defend North Carolina's marriage laws, he said his office had vigorously defended them before the 4th Circuit ruling. Huh? He's got to be kidding. That's news to a lot of people.

Was Cooper vigorously defending the state's marriage laws, when he allowed the ACLU to amend Fisher v. Smith, an existing lawsuit on an unrelated matter – "second-parent" adoptions – to also challenge North Carolina's Marriage Protection Amendment? Was Cooper vigorously defending North Carolina's constitutional definition of marriage, when he violated ethics rules that prohibit an attorney from undermining the position of his client in pending litigation, by headlining a fundraiser for the state's premiere gay rights organization and stating his support for same sex marriage? Has his office really made every legal argument possible in favor of marriage as one man and one woman, as Cooper claimed? Tami Fitzgerald, formerly head of NC Vote for Marriage, who is an attorney, says she has monitored Cooper's arguments and contends, "I can tell you that the Attorney General's office has failed to make some of the most critical arguments in favor of our Marriage Amendment." 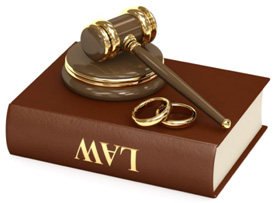 Cooper is no more than a skunk in the woodpile and worthy of impeachment. Although legislative leaders may not choose to impeach, it should be understood that to allow Cooper free reign over the state's resolve on marriage would only stink it up. Of course, some will respond such talk is extremism. Quite the contrary, extremism would be to ignore Cooper's malfeasance in office, the willful neglect of his duty, his acceptance of North Carolina's oppressive domination by a radical few, and never do anything about it. That would be extremism!

The Raleigh News and Observer concluded their editorial by arguing the attorney general showed "gumption and good sense." It is Cooper's "gumption" against the people of North Carolina that should outrage every citizen of this state. And, as Georg Christoph Lichtenberg once said, man is so corruptible he can become a fool through good sense.

No! Cooper's actions are nothing to applaud.