A few days ago, lawmakers in the North Carolina House decided to repeal a 145 year old ban on Sunday hunting with firearms. Lawmakers approved the measure by an 83-35 margin. If the Senate passes the bill and the Governor signs it, North Carolina will join 39 other states that allow for hunting on Sundays.

On behalf of the churches that support the Christian Action League of North Carolina, I lobbied against the proposed measure, obviously without success, but at least not without a vigorous defense of the sacredness of the "Lord's Day" or the "Christian Sabbath" and its indispensable role in our culture. In my estimation, support for legalizing hunting on Sundays in North Carolina, even by Christians, is another sign of the times – a mark of our failure to understand the benefits of such sacred institutions.

One can argue into infinity the particulars of Sunday observance, whether one can worship in the forest as well as the sanctuary of a church, whether the real Sabbath day is Saturday or Sunday, etc., etc. But one thing is for certain, history shows the early church applied the Fourth Commandment of the Big Ten, "Remember the Sabbath Day, to keep it holy," to the first day of the week, Sunday, the day Jesus rose from the dead and completed the work of man's redemption and secured the sure hope of our eternal rest.

In the West, as well as many other parts of the world where Christianity has spread, this practice has been adopted in large degree not simply by the church, but also by the culture. Traditionally, Sunday has been reserved as a day for worship, family, and rest for both man and animal alike – a cessation from the normal routine of life to focus on its nobler aspirations. Societies founded on Christian principles have even recognized the value of sanctifying the day with various laws – laws that lend to keeping the cares of life and our pursuits for pleasure and profit from overcoming our natural proclivities to neglect the necessity of character-building, of exchanging the greater for the lesser, the temporal for the eternal.

During debate on the Sunday hunting bill, one lawmaker seemed to summarize the sentiment of most, saying, it was simply "a common sense bill." He argued hunting on Sunday was really no different than the plethora of other activities, festivals, sports events, golfing and fishing tournaments, racing, and other distractions already taking place on Sunday. Certainly, no one can effectively argue against his point. Yet, I suggest that the contention actually works against the assertion that we should just add another to the list.

One can genuinely appreciate the fact that distinctive Christian institutions like the "Lord's Day" have to find their place in the larger social context. The problem, however, is when the general context ignores religion as it mostly does nowadays – failing to properly respond to its sacred institutions – then the value of religious influence on the culture becomes greatly diminished, if not ultimately lost. Such cannot bode well for our state and nation.

Churches hand down the great virtues that make a people self-governing – something that a government "of the people, by the people, and for the people" cannot survive without. Moreover, when people fail to properly govern themselves, then the state often has to step in, which creates the danger of larger, more expansive, abusive government policies.

Some of my Christian friends have tried to console my heartbreak over the House's passage of the Sunday hunting measure by encouraging me to center my attention on weightier matters. I will concede that issues regarding the assaults on life, religious liberties, marriage and the family today are certainly of grave importance, but I also cannot overlook that these problems have a root.

The seventeenth chapter of the book of Jeremiah, I suggest, substantiates my contentions. In that section of the Bible, one can read the prophet's many denunciations of the sins of Israel. Her rebellions against the ways of God were rampant, awful, and characteristic: lying, theft, adultery, murder, idolatry – nearly anything that can be named. Nevertheless, the prophet instructed that if they would keep the Sabbath Day, the Lord would restore the nation, and the kingdom would be preserved. [2]

Certainly, the prophet wasn't advocating that if they would just keep the Sabbath, then they could continue lying, stealing, committing adultery, and murdering with impunity. He wasn't saying a recognition of the letter of the law would suffice over recognition of its spirit. What he was saying, however, was the country had morally fallen because it had neglected that special day on which the inner man is the emphasis, the day on which communion and a right relationship with God is especially established. He was saying, when you return to recognizing the Sabbath aright, then much of what is alienating you from God and destroying you from within will lose its sway. [3]

As innocuous as the Sunday hunting bill may seem to many, it barters away something primary for something secondary – something that will benefit only a few at the expense of something that richly functions to the benefit of everyone.

The legalization of Sunday hunting is but one more thing to lessen the appeal, appreciation, and asset of a "Christian Sabbath" to our culture. It's just one more thing to undermine, frustrate and compete with the irreplaceable work of our churches. 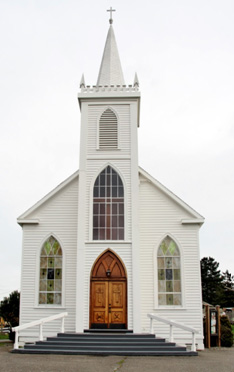 
A little church: the settlers come for miles.

scanty or bounteous in vital force;

but here the most are really worshippers,

seeking in fellowship a sympathy with God.

is eased of ugliness while it feeds on love and hope.

This meager hour may lift some groveling face to see the blessed sky;

master a soul, and yield it back to life tempered against the evil day to be.

A little thing this church? Remove its roots,

Ossa upon Pelion [Mount Mitchell and Grandfather Mountain] would not fill the pit. [4]


Lawmakers certainly understand the necessity of legislation that creates a friendly business environment, but churches also need for government to consider whether its actions are friendly to the essential ministries of houses of worship. Each time we weaken the significance of the "Lord's Day," we create a chasm that otherwise cannot be bridged or sufficiently supplied.