Rev. Mark H. Creech
The blessings of religious liberty and the positives of persecution

May 17, 2015
I once knew a pastor who has since passed away, who was always concerned his parishioners understood and appreciated the privileges of religious liberty. One Sunday, during the celebration of a July 4th weekend, he totally surprised his congregation with a living illustration.

During his sermon, two Sheriff's Deputies suddenly appeared at the door of the foyer, walked down the middle isle of the sanctuary, and preceded to the front of the church. Interrupting the pastor's sermon, they stepped up on the platform and stood next to him at the pulpit. One deputy called the pastor's name and told him he was under arrest. They cuffed him and then read his Miranda Rights, saying, "You have the right to remain silent. Anything you say can and will be used against you in a court of law. You have the right to an attorney. If you cannot afford an attorney, one will be provided for you. Do you understand the rights I have just read to you? With these rights in mind, do you wish to speak to me?" The pastor then timidly responded, "No, not until I speak with my lawyer."

The people of the church were in total shock. There was a rumbling of muffled voices throughout. Some of the ladies had tears. Other congregants were confused. Tempers were starting to show on some of the men. One of the men shouted in protest, "What's the charge?!!!! We didn't hear the charge!!!" The deputy stoically replied, "Proclamation of the Bible."

At that point, people started to catch on to what was really happening. The pastor showed them what life could be like for Christians if it were not for the blessings of religious freedom. I was told it was a dramatic lesson that congregation could never forget.

In her book, "Death of a Christian Nation," Attorney Debra J. Dewart has eloquently written, "Because homosexual activism has metastasized, it threatens to rupture the moral fabric of our nation. Like a cancer, it has spread through our society and legal system in a manner that ravages the free exercise of religion, particularly Christianity." [1]

Dewart continues, arguing, "[B]elievers may soon face persecution in our formerly Christian nation for daring to practice biblical principles...The free exercise of religion, guaranteed by the First Amendment, is rapidly being replaced by the free exercise of sexual immorality." [2]

Dewart's assessment is not simply theory, we're already seeing it played out in public ridicule, prosecutions, and convictions of Christians who simply want to live out their religious beliefs that marriage is solely between one man and one woman. In North Carolina, at least 16 Judges have resigned their posts since a federal judge ruled gay marriage was legal, many of which have said they could no longer serve because their faith wouldn't allow them to perform gay nuptials.

In reference to the subject of gay marriage vs. religious Liberty, Daniel John Sobieski, in The American Thinker asks, "What will happen to churches and ministers and priests who refuse to perform same same-sex marriages?...Will pastors and churches be sanctioned like the Oregon Bakery that faces a $135,000 fine for refusing to make a cake for a lesbian wedding or the Washington State florist who faces fines for refusing to participate in a gay wedding? [3]

Maggie Gallagher, co-founder of the National Organization for Marriage, in a conversation with Dr. James Dobson on his radio broadcast, Family Talk, said homosexual activism is not interested in a "live and let live tolerance." She rightly argued that after redefining the sacred institution of marriage, "the next step on their agenda is to redefine Christianity." She added that Christians were about to enter a new phase in America when they are "a hated minority group." [4]

In just a few weeks, if the United States Supreme Court rules that same-sex marriage is a constitutional civil right, it is more than plausible that within a few years or less, pastors and other key church leaders may be arrested or indicted for teaching, preaching, or upholding the standards of God's Word. It is not hyperbole to say that one day relatively soon, deputies may enter the sanctuary of a church to arrest and take away a faithful servant of God.

Is there an upside to all of this?

To reach the goal of a state championship, Kafka came up with a new strategy of conducting a practice meet at the end of each day's exercises, when he intentionally intensified the pressure on his gymnasts. He realized that if his team were to ever win the top spot, they would have to hit their routines at a time when distractions were the highest and it was easiest for them to fall.

He essentially did two things. First, he required total commitment with a heightened accountability. Whenever a gymnast would miss a routine, everyone had to do push-ups. Second, Kafka instructed teammates to try and rattle each performer. So while one gymnast was performing on the side horse, the other team members would yell, threaten bodily harm, ridicule, mock, tell jokes, and even throw things.

"My gymnasts started to feel that competing in real meets was a breeze compared to practice," said Kafka. In the end, even a state championship – with TV cameras rolling and critical judges watching every single move – was relatively easy. Fighting through daily opposition taught Kafka's team focus and determination as never before. [5] 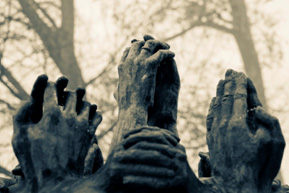 Persecution is that way. It can lead the followers of Christ to a new sense of responsibility to each other. Moreover, it can lead true believers to a greater concentration on Christ and a stronger resolve to do God's will without compromise or fail.

For many years, those deeply concerned with our wayward country and the spiritual anemia and apostasy of the church, have been praying for revival and a great spiritual awakening. Those prayers may soon be answered, but only after the intensified pressures of persecution have led God's people to be sold out to him, his purposes, and each other.

Let us pray earnestly for the U.S. Supreme Court and their momentous decision. May God give them grace to do what they ought – protect traditional marriage and religious liberty. Still, let us also pray that if a bad ruling comes down from the High Court, every follower of Jesus Christ will be ready to pick up his Cross.