September 26, 2015
Pope Francis' historic visit to America has the entire nation a-buzz with energy. The news media has covered his every move. Social media is on fire with comments about him.

I am not a member of the Catholic Church. I am a Protestant, a Baptist to be more specific. I reject numerous doctrines embraced by my Catholic friends: prayers for the dead, veneration of angels and dead saints, the exaltation of Mary, worship of images and relics, celibacy of the priesthood, transubstantiation, confession of sins to a priest, the apocryphal books added to the Bible, the belief in purgatory, and the infallibility of the Pope in matters of faith and morals to name a few. I don't mean by these remarks to minimize or disparage, but only to state the differences.

There are many other points with Catholics on which I do agree: the inspiration of the Scriptures, the deity of Jesus Christ, the virgin birth, the miracles, the resurrection of the Body, a future judgment, heaven and hell and many other Bible truths. In such common ground with Catholics, I rejoice.

Moreover, I heartily agree with the great moral principle stated by Pope Francis in his recent address to a joint meeting of Congress. I have never heard a more eloquent statement of our traditional commitment to being "one nation under God." Pointing to the figure of Moses in the form of a white Vermont marble relief on the House Chamber wall, the pontiff said:


"Yours is a work which makes me reflect in two ways on the figure of Moses. On the one hand, the patriarch and the lawgiver of the people of Israel symbolizes the need of peoples to keep alive their sense of unity by means of just legislation. On the other, the figure of Moses leads us directly to God and thus to the transcendent dignity of the human being. Moses provides us with a good synthesis of your work: you are asked to protect, by means of the law, the image and likeness fashioned by God on every human face."


I think it is also interesting to note that when Prime Minister Netanyahu of Israel spoke before Congress in March of this year, he too pointed to that same image of Moses hanging over the gallery doors and reminded Congress of our common cause with the great lawgiver.

The irony that two great world leaders, one a Jew and the other a Christian, would stand before our nation's highest body and remind us of our religious moorings is almost eerily prophetic in its implications.

Yet the pervasive cry and hue of today is that we must keep politics free of religious influence, especially a Christian one. If such a position, however, had been the sentiment of our founders, who unquestionably drew from the Judeo-Christian ethic, we would have never had a Declaration of Independence.

That great document in essence sets forth the assertions that men are to be governed by the "Laws of Nature and of Nature's God." It declares all men are "endowed by their Creator with certain unalienable rights" – rights that belong to every man and must never be denied by government.

The fifty-six signers of that declaration declared the primary purpose of government is to secure and protect these unalienable rights. The ill-conceived notion that politics, public-policy, and legislation must be devoid and cleansed of references to God or religious influence implies the illegitimacy of our birth as a nation. It cuts to the very heart of our soul as a people. 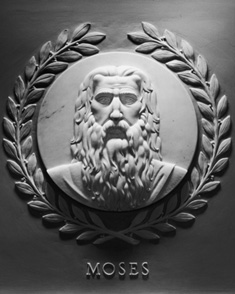 It was from this premise our Constitution was formed and the First Amendment written. Moreover, using religion as a moral compass to develop and codify secular law is in no way remotely close to an "establishment of religion." It creates no particular state church or government sponsored specific religion.

To disconnect law and government from the God of the Bible and his moral code is to put us in a most dangerous and vulnerable state. Rather than being "men of laws," it instead makes us subservient to the "laws of men" – a ruling class. We need not delude ourselves into thinking that if true religion is ejected from our reference for politics and law, something else considerably less desirable will not fill the void.

For those who court fears this approach to governing might in some way imperil liberty, let me say that as the Pope indicated it is the only means to keep our "sense of unity by means of just legislation." Unless our reliance is upon the Almighty and his providence there is no means to secure "the transcendent dignity of the human being." There is no way to be assured that we may countenance the face of "God on every human face."