August 29, 2016
A few weeks ago, my wife, Kim, and I visited a nonprofit conservancy in our state that houses approximately 20 species of exotic animals. The Conservators Center provides guided tours that allow you to view these animals as close as 5 feet away. To observe a binturong (bearcat) up close, to hear wolves howl and lions call to one another, to look a magnificent White Tiger in the eye, are experiences never to be forgotten.

While our guide was educating us about lions, he coaxed a lioness over to us with a treat so we could get a better view. The trouble was he failed to notice a sign placed on the enclosure instructing staff not to feed any of the beasts that day because they were undergoing a medical treatment. Realizing his mistake at the last minute, he withdrew the treat, while also leaving the bucket full of tasty morsels in front of the lioness, but beyond her reach.

Well, she was visibly irritated by the predicament. It was a sweltering summer's day, and the lioness had already made a considerable effort to travel the penned area with no reward to show for it. When a lady who was a part of our tour tried to comfort the lioness with sweet baby-talk, the now testy big cat was having none of it. To everyone's surprise, she lunged at the woman and gave a ferocious roar. Of course, none of us were ever in any danger. Still, if something like that happens in my presence again, I hope I'm wearing an incontinence diaper to be on the safe side.

The experience set me to thinking – thinking back to when Christians during the first century were thrown to the lions in the Roman coliseums. In the clutches of these mighty creatures, they were tossed about like rag dolls, disemboweled, torn from limb to limb, for not renouncing or compromising their faith in Christ's Lordship.

Similar to our day, these believers lived in a religiously pluralistic and liberal-minded society. They could have saved themselves, if they would simply take a pinch of incense, cast it onto a fire before a graven image of Caesar and acknowledge him as Lord. Instead, they chose to be a lion's treat rather than relegate the Savior to just one among a number of gods in a Roman pantheon. They declared Jesus to be the one true God and the only one deserving of man's highest devotion. This testimony they sealed with their blood!

Open Doors, an organization that seeks to serve persecuted Christians worldwide, reports that presently 75 percent of the world's population lives in places where there are harsh restrictions on religious expression. One hundred million Christians suffer for their faith around the globe. Every month, more than 300 Christians are killed for their faith, more than 200 churches or Christian properties are destroyed, and more than 700 forms of violence (beatings, abductions, rapes, arrests) are committed against the followers of Christ.

The First Amendment to the U.S. Constitution has largely protected American Christians from such atrocities. Nevertheless, the times are changing and, with the advent of new laws that collide with Christian teaching, devout believers find themselves victims to severe penalties, fines, and even possible jail time.

Alliance Defending Freedom, a law firm that specializes in First Amendment cases, highlights the case of Elaine Huguenin, a New Mexico photographer who humbly declined to use her skills to celebrate a same-sex marriage ceremony. Unwilling to concede her Christian conviction that same-sex marriage is a counterfeit expression of the institution, and, therefore, immoral, she was found in violation of a state anti-discrimination law and fined thousands of dollars. The judge who ruled against her in court said she was "compelled by law to compromise" her religious beliefs. Such, he added, was the price of her citizenship.

ADF also notes others that have suffered in similar fashion. People like florist Barronelle Stutzman from Washington State. Blaine Anderson who has a promotional printing company in Kentucky. Donald and Evelyn Knapp who run a wedding chapel in Idaho. Robert and Cynthia Gifford who have a beautiful farm in upstate New York, as well as Scott and Nancy Hoffman who lead the Ocean Grove Camp Meeting Association in New Jersey. These people have all come under ruthless social and legal assaults, paying a hefty price for their unadulterated commitment to Christian principle.

The constitutional rights of many more Christians in further contexts have been infringed upon, ranging from street preachers and students in the public schools bullied into silence to healthcare professionals required to facilitate abortions.

In the name of so-called Transgender rights, Christian businesses, and churches, in spite of their sincerely held religious objections, are threatened with punishments by certain state laws and city ordinances if they are unwilling to open their restrooms, locker rooms and showers to persons of the opposite sex.

Unlike any other time in our nation's history, American Christians today are being tempted to throw that pinch of incense on the fire, pay the new price of citizenship, or face serious consequences. 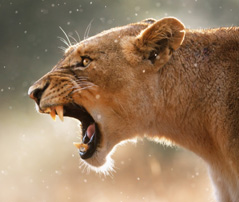 It was the Epicurean principle that urged men to "flee from pain;" Stoicism that advised people to "ignore pain;" while the Christian method has always been to use it. Only a few years after the ascension of Christ, a bantam-sized church exclusively Jewish, was happy to stay in Judea, disdaining to add Gentiles to their numbers. Not until persecution came and scattered them about, did they set to doing the work of evangelizing the nations as Christ had commanded.

We have need of our crosses. Augustine said, "The blood of the martyrs is the seed of the church." There is no redemption without a cross.

But please don't misunderstand. This does not mean we should seek out hardship, or that we should impose sacrifices on ourselves, or that we should even hope for suffering at the hands of an evil world. Neither does it mean we shouldn't work to eliminate oppression of every kind, urging supplications, prayers, intercessions for kings and everyone in high positions, that we may lead a peaceful and quiet life, godly and dignified in every way

(I Tim. 2:1). What it does mean, however, is that we must not shrink from it when providence assigns it.

The late great Southern Baptist preacher, J.D. Grey, once wrote, "God has not promised us that we shall be 'carried to the skies on flowery beds of ease, While others fought to win the prize, And sailed through bloody seas.'"

The lioness of persecution deprived of her unrighteous meat lunges and roars at Christ's Church.

Let us earnestly pray that, like our brethren before us and so many believers on other continents at the current hour, we are found faithful, resolute at any cost in obedience to the Master that his kingdom must advance.