November 12, 2016
"Thousands across the USA Protest Trump Victory," said the headline of USA Today on Thursday. The news source said the protestors had taken to the streets in at least 10 cities.

In cities like Chicago, New York, Los Angeles, Philadelphia, Boston, Washington, D.C., Portland, and St. Paul, protestors angrily chanted, "Not My President" and laced their shouts with expletives. In Los Angeles they torched a giant Trump effigy. In other places, protestors burned the American flag, started fires in the city, damaged private property, harassed and assaulted commuters, and delayed trains.

It appears that we are at a juncture in American history where we've lost sight of civility in politics. We seemed to be shocked by the anger, the violence, and lack of restraint that we're witnessing. However, much of it, in my estimation, is the harvest we've been sowing for quite a while.

It's interesting to note, according to media reports, these protests are largely made up of college students.

Stephen L. Carter, a professor of law at Yale University, has rightly argued: "Teaching civility is an obligation of the family."

I can remember growing up and being taught good manners by my parents. You always said, "Yes sir and No sir or No Ma'am and Yes Ma'am" to authority figures. Showing respect to your elders and such was an indispensable lesson of life. If an adult came into the room, you were required to stand and offer up your seat. The home wasn't a democracy, at best it was a benevolent dictatorship, where parents ruled and children obeyed – otherwise you would experience a discipline you wouldn't likely forget.

Perhaps the reason so many of these young people today, who ought to be in the classroom, are tearing up things in the streets is because they've never had their backsides torn up at home. Instead, they've been coddled, babied, and overindulged by their parents. They've grown up with a sense of entitlement and not enough emphasis on responsibility.

They've not only been raised this way, but treated the same when they go off to school. The USA Today story said after the election, when Hillary Clinton, failed to win, "[a]cross the country, universities and even a few high schools organized post-election civil disobedience. Some teachers sent notes to students postponing tests and offering support. Student unions offered sessions of meditation, discussions and tea."

Oh for heaven's sake, give me a break! It's time these youngsters grew up. Life is full of disappointments. When we treat them with kid gloves every time something doesn't go their way, we're setting them up for failure. We're making emotional wimps out of them. We're fostering psychological fragility.

This is not the way to build a strong civil culture where democratic principles flourish. Without respect for authority, without developing a tough constitution in facing setbacks, without a healthy appreciation for one's responsibilities over one's perceived rights, civility ends up trampled under the feet of insolence and contempt.

Furthermore, I believe our national politics and its rhetoric over the years have also contributed to this present crisis.

The late Edward Brooke, a Republican, who became the first African American popularly elected to the United States Senate, once said, "The polarization of Congress; the decline of civility; and the rise of attack politics in the 1980s, the 1990s, and the early years of the new century are a blot on our political system and a disservice to the American people."

Brooke was right. And this wretched form of politics grew to a crescendo in the presidential campaign between Secretary Clinton and Donald Trump. It was a terrible example to the generations that will someday take the reins of our great Republic.

I have to admit; sometimes I don't understand why politicians feel as though they have to respond to every criticism of their person or political position. Civility, I suggest, would often require them not to respond.

The former and deceased Archbishop of St. Louis, John L. May, used to tell the story about a heated debate that occurred in the U.S. Senate, when one of the senators told another "to go to hell." The senator that was verbally castigated appealed to the presiding vice president, Calvin Coolidge, concerning the propriety of the remark. Coolidge, who had been idly leafing through a book, looked up and said, "I've been looking through the rule book. You don't have to go."

What an ingenious way to encourage civility. Often, the best response is no response.

Please don't misunderstand me. I'm not suggesting civility always requires the dousing of strong words or negative comments. Jesus was the most civil individual who ever lived. Yet for the misguided religious leaders of his day, Jesus provided severe and passionate critical analysis. He called them "white washed graves," and a "brood of vipers." But without exception, at the heart of his words was a loving motive of redemption, not a carnal spirit of animosity.

Jim Wallis, founder of Sojourners, and the late Chuck Colson, founder of Prison Fellowship and Breakpoint, were essentially polar opposites on many matters both theological and political. In the aftermath of the horrific shooting of Congresswoman Gabrielle Giffords and the senseless killing and wounding of 19 of her constituents in 2011, Wallis and Colson, wrote an article together and published it in Christianity Today. In the piece, they admonished that democracy depended on the virtue of civility. 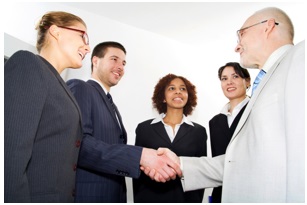 "The scriptural admonition to pray for those in authority is more than a religious duty, it promotes good civic behavior. It is more difficult to hate someone when you are praying for them. Jesus' commandment to love our enemies, including those with whom we politically disagree, is even more challenging and defies the ideologies of both Left and Right," Wallis and Colson wrote.

"These commitments are as demanding as they are necessary...in their secular forms, to the working of democracy," they added. "Therefore we call on all citizens to model better behavior in the public square – in word and deed."

Yes, we have to bring back the blessed quality of civility. This type of respect has to be taught in the home, and demonstrated by our educators and public servants. If we don't, we'll lose liberty and become a society of anger and unquestioned, unyielding, forms of control. Let's not sell freedom's birthright of dialogue and debate for incivility's mess of pottage.