Rev. Mark H. Creech
As goes the church, so goes the country 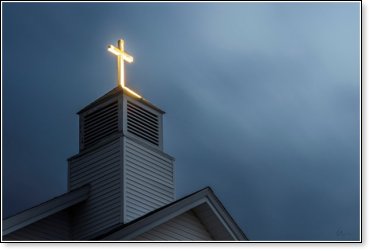 Earlier this month, Episcopal Church leaders, at a meeting in Houston, Texas, decided same-sex couples will now be allowed to marry in any diocese, even if the local bishop morally objects to gay nuptials.

Jeff Walton, an Anglican program director for the Institute on Religion & Democracy, said, "I think this is going to perpetuate the Episcopal Church's decline that has already been underway for close to 20 years now, and we'll probably see some people walking away from the Episcopal Church as a result of this."

Surely, the state of true religion is in a bad way. Our nation is also far removed from its moral underpinnings. As goes the church, so goes the country.

Today it's much like the situation described in Hosea chapter 4, where the prophet said that God had "a case against" Israel. He said there was "no truth, no faithful love, and no knowledge of God in the land!" Cursing, lying, murder, stealing, and sexual immorality were rampant; one act of bloodshed followed another.

The Lord laid much of the blame on the priests and the prophets of that era, charging that they were destroying the nation, their "mother." God rejected them because they were derelict in their duty to him, failing to teach the "knowledge" of God to their posterity. Instead, they encouraged others to sin to satisfy their own appetites. Through sexual indulgence and insobriety, sanctioned by religion, the people had lost their ability to think straight.

May God forgive me for my many shortfalls. But when I survey the landscape of church leadership, most apparent are the Bishops of spiritual and sexual idolatry, Vicars of socialism in their religious garb, Ministers that resemble snake oil salesman more than prophets of God, and Clergy who pretentiously claim some kind of higher spirituality by refusing to address morally reprehensible social and political practices.

It is the latter, which may bear the greatest guilt.

Recently, I came across a Facebook post by a fellow minister. He put up a video clip of a prominent evangelical preacher claiming the church's "mandate is not political, it's not social, and it's not economic." The church is only to focus on the proclamation of the Gospel, he said.

I agree the Gospel is central. The transformation of the inner man by repentance from sin and faith in Christ alone as redeemer is the hope of the world. Nevertheless, a faith that doesn't translate into good works is dead. The reality of a faith which supposedly makes all things new in the believer, but never makes anything new in the world is suspect.

In the comments section of the Facebook post, author and former president of American Vision, Gary DeMar beautifully responded:


"Very poor reasoning. [The Evangelical Preacher] mentions economics. You shall not steal. Does this mean Christians are to remain silent when theft is taking place? If the government decides to tax us at 80 percent, we shouldn't get involved and say no to theft? We should remain silent when the government neglects the sixth commandment when it legalized murdering unborn babies? Christians should have remained silent when men and women were kidnapped and sold into slavery? What should Christians do when they see unrighteousness? Would you intervene if you saw someone stealing from your neighbor, kidnapping your neighbor? But if a government did these things, you would remain silent and not get involved?"


I get amused at pastors who avoid preaching on social and political issues altogether, arguing, "Well, we don't want to antagonize the people we want to win to Christ." As if telling an individual he's filthy, undone, a dirty rotten sinner who has so miserably failed that even his best behavior can't win him the favor of God – a central tenant of the Gospel – doesn't antagonize. The offense of the Gospel is that each of us is so deeply steeped in sin it took the brutal and bloody crucifixion of the sinless Son of God to save us. No man can be found unless he gets lost first.

And we don't want to antagonize them?

No faithful pastor, preacher or evangelist, who is sensitive, would want to agitate purposely. Still, every faithful clergyman, who truly proclaims God's Word, also understands that if he does his job, offenses will come.

W. Philip Keller once wrote that the role of the minister is not an easy assignment.

"It calls for enormous faith in God as well as great fortitude in personal conduct. At times it may make one exceedingly unpopular with certain elements in society. But this should be so. If the truth is proclaimed with the unction of God's Spirit, it is bound to polarize people," said Keller.

If the pulpit is weak, the church will be weak. If the church is weak, righteousness will fail, and so will the nation.