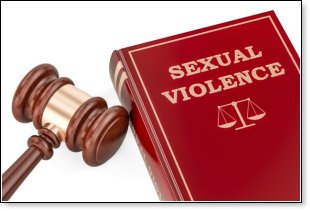 In reference to the allegations of sexual assault against him, Judge Brett Kavanaugh said in an interview with Fox News' Martha McCallum, "I did not have sexual intercourse or anything close to sexual intercourse in high school or many years thereafter."

"So you are saying that through all these years in question that you were a virgin?" asked McCallum. "That's correct," said Kavanaugh.

Kavanaugh also referenced the same during his latest testimony before the Senate Judiciary Committee on Thursday, saying his abstinence from sex during those years was a matter of "faith, respect, and caution."

Some now are calling this "The Virgin Defense" and find Kavanaugh's claim highly suspect and worthy of ridicule.

I can speak from experience, and I do not say it boastfully. I do not doubt the Judge's testimony. Because of my early conversion to Christ, I was committed to obeying God's commands against sexual immorality in my teens. I did not have sex until my wedding night when I was 21 years-old. What is more, I have never known any woman intimately except my wife of 39 years.

Today humanism and secularism have made light of God's prohibition of sex outside of marriage. The public schools have taught that we are just highly developed animals with passions that are unnatural to suppress. The so-called experts in human sexuality urge the use of protection (condoms and other birth control measures), etc. because they argue it's impossible to remain chaste. "Your libido is too strong," they say.

Nonesense! It can be done. Living virtuously in this area of life is done by many. Moreover, no condom, diaphragm, intrauterine device, contraceptive implant or the pill, can protect the human soul from the heartbreak, guilt, emptiness, and inner turmoil that comes from living outside of God's will.

Unfortunately, high school and college students are often laughed to scorn if they acknowledge a commitment to sexual purity. Kavanaugh said that during his formative years he "was probably a little outwardly shy about my inexperience." He "tried to hide that." "At the same time," he added, "I was inwardly proud of it."

The pursuit of sexual purity is nothing for which to be reticent. Without this noble form of self-disciplne, youth are vulnerable to all sorts of physical and emotional maladies. Without it, they won't develop important aspects of intimacy, bonds of trust and security, which will serve them in marriage. Without it, they could end up with an unwanted pregnancy, and aborting an unborn child is the destruction of a human life. Sex is one of the most powerful forces in the world.

Cohabitation is now typically viewed as morally acceptable because a couple is supposedly test-driving their prospects for marriage. By God's standards, it isn't. Moreover, statistics show that living together before matrimony is more likely to weaken the prospects of a successful marriage.

Let's face it, even the church and religious leaders have set a terrible example for sexual purity. Priests have molested young boys, pastors have had to step down after extramarital affairs came to light, and some churches have endorsed same-sex relationships and gay nuptials. It's an absolute shame when the church and its leaders are careless and irresponsible with the standards of God's Word.

It should be added that Jesus interpreted the Seventh Commandment, which says, "Thou shalt not commit adultery," by saying, "Whosoever looks upon a woman to lust after her has committed adultery with her already..." (Matthew 5:28). Carlyle Marney once said that many define sin as the sum total of acts which they themselves do not commit. So by Jesus' standard, I believe most everyone has committed a sexual sin.

Nevertheless, though adultery or fornication of the spirit is a sin and shouldn't be entertained, it's not likely to break up your marriage, ruin your reputation, shatter your prospects for a bright future or saddle you with a sexually transmitted disease in the way acting on your passions would. Jesus gave this lofty standard to help us understand that sexual immorality starts in the mind. It begins not with the act, but in the heart. So we need to watch that we don't allow impure images and thoughts to take up residence within, lest we act upon them and experience profound negative consequences.

In John chapter 8, Jesus forgave the woman caught in the act of adultery, and then he commanded her, "Go, and sin no more" (Jn. 8:11). Despite her sin, he loved and blessed her. The Lord had forgiven her, but her adultery had almost cost her everything – her life. Jesus warned her not to do it again. Still, Jesus gave her more than forgiveness. He also embedded within his command to "sin no more" a promise for strength to avoid future sexual sin.

In his book, "The Seven Deadly Sins," the late Dr. Billy Graham wrote:

"You have no strength of your own, but Christ will come into your heart and give you supernatural strength and power to resist the fearful temptation of passion. For the sin of impurity, your conscience goads you – but Jesus Christ will save you. Confess your sins, receive him, and let him cleanse you and make you a new person."

I believe Judge Kavanaugh's "virgin defense." I have no reason to doubt it because I have also known, as well as witnessed, the power of Christ to avoid sexual immorality.