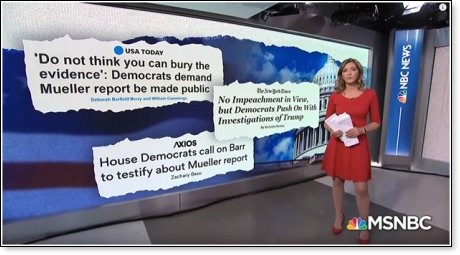 There is an ancient story about a Greek athlete who lost a race and was filled with envy towards the winner. The people acknowledged him as the victor. A statue was erected in the champion's honor. But the envy of the loser drove him to destroy the statue. Under the cover of darkness, every night, the one who lost relentlessly chiseled away at the statue's foundation. Finally, his work was completed, and the statue fell with a mighty thud on top of the envious young man who destroyed himself because of his envy.

In the Book of Esther, the Bible provides the account of a man named Haman, a chief vizier under the King of Persia, who despised Mordecai, a Jew who also served in the Persian government. Haman couldn't see straight for his hatred and jealousy of Mordecai. He wanted him destroyed, devised a plan to raze him, and influenced the king to issue a decree calling for the extermination of the Jews. The plot, however, failed, and the king of Persia ordered Haman hanged on the same gallows that he had built for Mordecai.

The Democrats have despised President Trump since he was elected. Envious of his seat of power, they give evidence that they will not halt their attacks on him, even when the proper process, the Mueller Report and the Department of Justice, has cleared him. Their unrelenting and unjustified criticisms and condemnations will continue as long as he is in the White House. Unless they repent of this evil, I am convinced that their Party will be destroyed at their own hand. Figuratively speaking, they will hang from the same gallows they made for the President.

If jealousy for power brought down Lucifer from on high, what chance does the Democratic Party have to prevail with impunity in their petulant pursuits? If Cain was exiled because he envied Abel's favor with God, what good can come from spitefully deriding the President? If Joseph was exalted to second in command under Pharaoh, despite the envy of his brothers, what will the inflamed passions of bitterness and resentment breed for our Democrat brothers but subservience? The Pharisees and the Sadducees begrudged the very Son of God of his rightful place and had him crucified, which demonstrates that jealousy can progress to the worst of atrocities. But Jesus told the Sanhedrin that they would see him one day sitting at the right hand of power and coming with the clouds of heaven (Mk. 14:62). In other words, Jesus was warning that on judgment day they would be held accountable for their insolent and injurious behavior.

In Galatians 5:25 Paul said, "Let us not be desirous of vain glory, provoking one another, envying one another." James said, "Where envying and strife is, there is confusion and every evil work (Ja. 3:16). James added in chapter 5 and verse 9, "Grudge not one against another...lest ye be condemned: behold the judge standeth before the door."

Arrows flung from the bow of envy, jealousy, resentment, and hatred can do incredible harm. But they also work like a boomerang, which returns to do more harm to the attacker than the attacked.

The Democratic Party, I believe, was once a great political force for good in America. They now seem to have fallen from grace, abandoned the greatest values of the American people, and, generally speaking, are driven by the lowest of interests.

It's time for our Democrat friends to put down their weapons. The nation needs to heal. The government needs to get on with the business of governing. Besides, nothing can be concealed on judgment day. In the end, no one gets away with a thing. Jesus said, "For nothing is secret, that shall not be made manifest; neither any thing hid, that shall not be known and come abroad" (Lk. 8:17).

By these words, I do not mean to levy harsh criticisms on Democrats, while exonerating my Republican friends of their sins. Nor do I even absolve my closest of colleagues that make up conservative evangelicals. Furthermore, may God forgive me for whatever I have done that has displeased him.

"A house divided against itself, cannot stand."