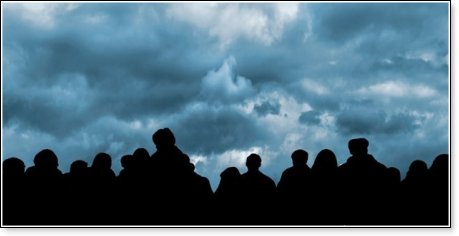 Shadows are gathering over North Carolina. Clouds are approaching. The passion for gaining riches is set to cast a pall across the land. But our eyes have grown so accustomed to the darkness that it's possible we'll ignore the ominous tempest which it forebodes.

Only a few weeks ago, a Boeing jet plane crashed, and 157 people were killed. Directly after that, Boeing Max 8 planes like the one involved in the crash were shut down worldwide. Yet excessive alcohol use leads to 241 deaths every day and 2.5 million years of potential life lost every year in the United States. In North Carolina the stats reveal 360 deaths and more than 3000 years of potential life lost annually, and despite these horrific figures hardly anyone bats an eye.

Object to a legislative proposal that would dangerously make alcohol more accessible, and you are apt to be looked at as someone from the Flat Earth Society. Even most Christian organizations have given up on addressing the alcohol issue. One highly esteemed Christian activist has written a book that is a veritable encyclopedia on social issues of concern to evangelicals, but there isn't a word about alcohol. When was the last time you heard your pastor speak about alcohol use and abuse from the pulpit? If you did, it was probably just in a passing reference and certainly not an entire sermon.

You see, the darkness is so thick with LGBTQ advances, pro-choice contentions, religious liberty issues – issues we deem much weightier – it hardly seems consequential we should be concerned about alcohol and its related harms.

Nevertheless, what's too outdated, what's not urgent enough, what's not Christian enough, about resisting policies that celebrate, as well as perpetuate, the reckless use of a commodity that blasts character, weakens minds, breaks up the home, and produces crime and poverty?

Is it not also our patriotic duty as Christians to suppress forces that debase the citizenry whom the state governs and upon which all social and political groups depend for security, welfare, health, and happiness?

Christians may be divided over the question of whether to drink or not. But surely there should be unanimity on whether Christians support and work for policies that minimize and reduce alcohol-related harms. So why aren't more Christians doing it?

Perhaps many fail to understand the depth and vast scope of alcohol-related problems? The list seems almost endless. There are serious diseases, disorders, injuries, social and legal troubles that flow from alcohol abuse and the irresponsible public policies which exacerbate it.

Without listing these harms, one might consider the situation in this way. Almost everyone has someone, either in their immediate family or part of their extended family, negatively impacted by an alcohol-related crisis. Think about it. Nearly every family has been in some fashion adversely affected. Is there anything with a more solemn distinction? Hardly!

Shadows are growing over the Old North State, and clouds are approaching. There is a storm on the horizon because certain lawmakers in the North Carolina General Assembly assume it's a new day and that few people care about the alcohol issue anymore.

They believe there now exists a vacuum where resistance once abode, and they intend to fill that void with policies based in faulty and fictious notions of economic expansion. These proposals allow for greater alcohol outlet density, increased access to alcohol on college campuses, expanded days and hours of sale on Sundays, reduced prices which encourage over-consumption, new venues of sale such as state ferries, and the dismantling of mechanisms that work to keep the alcohol industry accountable, provide efficient alcohol tax collection, protect the public from tainted products, and preserve the overall public's health and safety. Some of these legislative initiatives have already passed one chamber and are soon to be taken-up in the next.

As early as Tuesday, April 30th, the N.C. House ABC Committee will consider HB 536 – ABC Omnibus Regulatory Reform. This bill may be the worst alcohol proposal in state history. The legislation is 16 pages in length and contains 26 different provisions, two-thirds of which would be categorized as hazardous by decades of alcohol research.

Another bill that was filed this week, HB 971-Modern Licensure Model for Alcohol Control, would privatize the sale of liquor in this state.

The title of the bill itself is deceptive. To insinuate there can be the same level of alcohol control with privatization as with the state's current ABC system is an argument devoid of any scientific verifications.

The arguments for privatization are largely rhetorical, with little to no basis in fact. Such contentions are espoused by the uninformed, those who hold libertine philosophies, or those with vested interests in the alcohol industry. Make no mistake, when proponents of privatization call for modernization, they mean liberalizing our laws – removing safeguards at the expense of social welfare.

Read Related Article: Privatization of Liquor Sales: What N.C. Would Lose by Shutting Down ABC

Shadows are amassing over the Tar Heel state. The demons conspire while we are distracted and not paying attention, and when we trust politicians to guard the best interests of their constituents. But we cannot afford to forget that evil forces are constantly working. As Pearl S. Buck warned, "It is when good people [good citizens] in any country cease their vigilance and struggle that evil men prevail."

Yes, pro-life bills are very important. Religious liberty measures are critical, as well as other legislative concerns that bear heavily on the evangelical conscience.

But alcohol issues matter too!

It is not hyperbole to assert that an alcohol policy has within it the power of life or death, happiness or hopelessness, health or hell.

No one here is calling for Prohibition. Nonetheless, pastors, churches, and other Christian groups should call for the preservation and promotion of the best alcohol policies – those that sufficiently function to protect public health and safety. And without exception, concerned Christians in North Carolina should act now by contacting their state lawmakers in opposition to the bills previously sited.

First, pray. The first and most important action to take is to pray. In Isaiah 43:22, the Lord charged his people with a glaring omission, saying, "[T]hou hast not called upon me, O Jacob." How unthinkable to boast of being God's people, the Church, and then we don't pray about matters. All the evangelism, all the Christian activism, in the world cannot move anything unless God decides to move upon the circumstances. Please pray that God will move upon our state's lawmakers to resist and vote down these awful alcohol policies that will unquestionably injure so many. Pray.

Third, contact. Contact your state Representative, preferably by email and phone to kindly express your dissatisfaction with these two bills:

If you don't know who represents you in the North Carolina House, go to this link on the NCGA website: https://www.ncleg.gov/RnR/Representation

Then, do the following:

2. Enter your residence address in the box in the right margin.

3. Look back at where you first clicked on "NC House" in the left margin again, and you should see your House District sited and your State Representative's name listed beside it.

4. Click on the name of your state Representative. It should provide you with his or her contact information.

5. Save this information to your computer so it will be easily accessible for future reference.

6. Contact your state Representative and urge him or her to vote against HB 536 and HB 971.

This might take you a few minutes. But think of all that Christ did to save you. Certainly, you can give a little of your time and effort to bring redemption to others.

Don't be cynical. This kind of action really can make a difference.

Stay tuned. We'll keep you informed, not only about these alcohol measures, but also several important pro-life bills too.