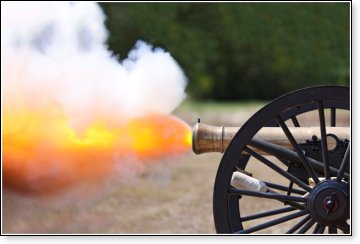 It's a fantastic eye-opener from the past revealing our current condition.

The language is lofty and somewhat cumbersome for today's readers. And in a few places, I have paraphrased the wording for better understanding. See if what it describes sounds familiar.

"It is sadly true that a very large portion of the population are strangers to the genuine spirit of the Christian religion, and almost, if not altogether, unacquainted even with the history of its facts and the extent of its influence in the land of our inheritance.

"Causes have been operating – and of [recent] years with fearful rapidity and strength – to produce a state of moral [deliberate obscurity] and practical atheism among us, appalling in magnitude and of alarming consequence. It has [recently] become customary to sneer at the Puritanism of our fathers, and to speak with contempt of [their lifestyle] and the [so-called] bigotry of their faith.

"This impious treatment, by the present corrupters of society, of a generation of men whose lofty principles and illustrious virtues they seem utterly unable to comprehend, is well adapted not only to arouse the deepest indignation, but also [to stir up the most animated] concern.

"There are two [places] from which these evil influences chiefly proceed. A class of men without conscience, and reckless of moral restraint, have gained [the highest forms of popularity], and assume from their prominent position to mold and direct the public sentiment of the nation. Their general influence upon the public morals has been like the wind of the desert – poisonous, withering, and destructive. Another and very large class...moving in the lower walks of life form a significant element of our American population, whose hard and vicious instincts, gratified without [the slightest show of guilt] and paraded everywhere in the most offensive manner, would seem [to indicate that they are near] incapable of reformation. Apparently insensible to all the nobler sentiments of public morality and virtue, and ever ready to perform their [friendly] part in the general demoralization, they demand that all...shall pander to their depraved appetites, as the price of their patronage and support. In this reciprocal play of the baser passions, the common principles of morality are daily sacrificed, and the strong and the weak join hands in carrying down the nation to the very verge of ruin.

"No man can observe the conditions of society in our country, and the obvious impulses of human conduct, without feeling that the perils against which the fathers warned us, and which have been so faithfully and constantly pointed out by [many faithful] ministers of [the Christian religion], have, notwithstanding, increased at a fearful rate....

"And, while every period [of human history] has exhibited the signs of public degeneracy, none in our history presents more fearful proofs of the impiety and [stubbornly persistent in wrong-doing] of great masses of people. We have abandoned in great measure, the faith and practice of our ancestors, in putting aside [the lawful and rightful supremacy] of the Christian ordinances and doctrines. The natural result is, that we have corrupted our ways in all the circles of society and in all the pursuits of life.

"We have become as a field rank with the growth of all the vices and heaped with the pollution of mighty crimes.

"The rigid training of former times through [strong families], discipline, and instruction has been greatly relaxed, if not in many cases [completely] neglected.

"The education of the nation is going forward with rapid strides, but it is in a lamentable degree under the auspices of immorality and irreligion...

"The unblushing venality and brazen wickedness of a large portion...[of the press and elected and appointed public officials] have strongly tended to demoralize the nation, to undermine the foundations and destroy the influence of Christian discipline, and to turn the mind and heart of many to infidelity and licentiousness.

"The same [deadly and pernicious] spirit has moved upon the fountains of human learning and science, and so secularized the...times as to have set the high faculty of human reasoning at variance with the sacred majesty of [the Christian religion] and...plunged thousands upon thousands...into a sea of splendid sophistry and subtlety and all the ruinous speculation of a proud but vain imagination.

"Meanwhile, from the hearts of multitudes, the dignity of honest labor and the dictates of a sober and frugal economy have died out...

"Beyond all this, political controversy and partisan strife for the reins and spoils of power, conducted without principle, and reeking with abuse, have taken so fierce a form as often to have driven the best men from the arena and left the worst upon the field." 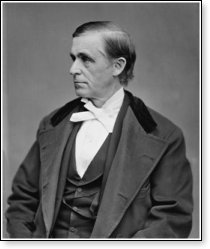 Does all of this sound familiar? One might think he or she was reading something written by a modern author with a profound command of the English language. But actually, these words, which are so descriptive of the life and times of America in the 21st century, were written in 1863 by Byron Sunderland, chaplain to the United States Senate during the Civil War.

President Abraham Lincoln surmised in his Second Inaugural Address that the Civil War was God's judgment on the nation for the practice of slavery. "Fondly do we hope, fervently do we pray, that this mighty scourge of war may speedily pass away," he said. Nevertheless, he added, the war was likely to continue "until every drop of blood drawn with the lash shall be paid by another drawn with the sword."

"[A]s was said three thousand years ago so still it must be said, 'the judgments of the Lord are true and righteous altogether,'" Lincoln further stated.

Interestingly, Sunderland said something similar in the same document previously quoted. He argued the "pitch of wickedness" in the nation had "culminated in one of the most gigantic and desolating civil wars the world has ever seen." Sunderland's comments show that during this period, along with slavery, America had a mountain of other offenses against God, trespasses which mounted-up and brought about the wrath of the Almighty.

When one thinks of America's sins today, the woeful and bloody practice of abortion, having destroyed more than 60 million innocent lives, coupled with a wholesale abandon of righteousness so audacious it makes the nation's former sins look like a Sunday School picnic, it becomes apparent that anyone with a sane disposition can see America is currently ripe to be swept into hell.

There is but one hope. Believers must put away their sins, live upright before the Lord, and earnestly devote their energies and prayers to the reclaiming of our great nation. Perhaps the Lord will bless with a revival of true faith and a spiritual awakening that will sweep millions into Christ's kingdom.

God may or may not answer such prayers. The die of judgment may be cast. Therefore, followers of Christ should also pray now that if America is past the point of return, God might be merciful to his church despite her own spiritual crimes and complicities. Unbelievers should run to Christ for forgiveness and salvation, fleeing the wrath to come.