Rev. Mark H. Creech
For pastors depressed and suicidal, and the parishioners bewildered by them 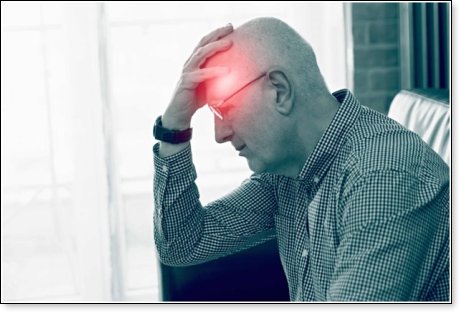 In recent years, it's alarming the number of pastors who have taken their own lives in suicide. Now there's been another. Megachurch associate pastor Jarrid Wilson ended his life on the eve of World Suicide Prevention Day, and more ironically, only hours after officiating at the funeral of someone who committed suicide.

Wilson was 30 years old. He leaves behind a wife, two children, and a lot of bewildered people who wonder how a pastor could do such a thing.

The reasons pastors consider suicide can be quite surprising and revealing.

Greg Laurie, who is the senior pastor at Harvest Christian Fellowship in Riverside, California, where Wilson served, said: "Sometimes people may think that as pastors or spiritual leaders we are somehow above the pain and struggles of everyday people. We are the ones who are supposed to have all the answers. But we do not. At the end of the day, pastors are just people who need to reach out to God for his help and strength, each and every day."

The late H.B. London, who served with Focus on the Family, and considered by many as a pastor of pastors, used to stress that being a pastor was a high-profile, high-stress job, with nearly impossible expectations and demands.

"We set the bar so high that most pastors can't achieve that," said London. "And because most pastors are people-pleasers, they get frustrated and feel that they can't live up to that."

Having been a pastor for twenty years before taking my current position as executive director of the Christian Action League, I can identify with these pressures and the consequential suicidal thoughts.

In Pastors: Mental Illness and Suicide, I've written before about my own struggles in the 1980s with that dark place of depression that can lead to a bottomless pit of despair.

Statistics provided by the Schaeffer Institute reveal eighty percent of pastors feel unqualified and discouraged in their role. Fifty percent are so discouraged they would leave the ministry if they could, but have no other way of making a living. Seventy percent constantly fight depression. Eighty percent believe pastoral ministry has negatively affected their families, while seventy percent say they don't have a close friend.

Although I'm no expert in the mental health field, I can speak from my own experience and say that being a pastor can be the hardest job in the world. The pastor may frequently deal with seemingly insurmountable setbacks stemming from church politics and impossible parishioners.

Many years ago, a North Carolina state senator complimented me, while also asking a question. Knowing me as a minister/lobbyist, he said, "Reverend, I've been observing you and think you are one of the most astute politicians in these halls of power. What's your background? Do you have a political science degree or some other political training? Furthermore, I've also noticed that you always respond so prudently and graciously to your critics. What's your secret?"

I responded, "No, Senator. I don't have a political science degree. I was, however, a pastor for twenty years before taking this job, and there is no place on God's blessed earth more political than your local Baptist church. And as far as being kind to my detractors is concerned, I'll have you know that the meanest lawmaker in the General Assembly is a cake-walk compared to some of the church members I had to deal with." 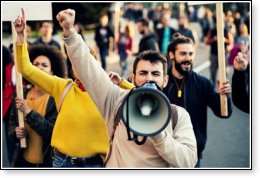 Many pastors tell me they couldn't do what I do, regularly struggling in the public arena with hate-filled political activists, politicians, and other operatives who hurl a barrage of threats and insults. My response to those pastors has been: "Your job is much harder than mine! I've been where you are. In my position today, I can leave and go home, but you rarely can escape from your occupational problems and problem makers. You're on call 24/7 and stuck in a bottle with them all the time."

The pastorate is a place for the stoutest of hearts. Most pastors are overworked, underpaid, and unappreciated. It's tough, really tough, and it can take you down a black rabbit hole.

Moreover, let me add that its critical pastors feel at liberty to expose their emotional, mental, and spiritual struggles without fear of their church members losing confidence or some reprisal by them.

Upon learning about Wilson's suicide, another megachurch pastor responded publicly by arguing that pastors wrestling with mental health issues shouldn't be in church leadership. "Why are churches placing men, who are so candid about their current brokenness, in positions of leadership?" he asked.

Although I suspect the pastor's remarks were well-intended and out of a passion for protecting Christ's church from detrimental leadership, it is still, more often than not, this very perception which mortifies the hurting pastor into wearing a mask and never asking for help.

Yes, church leaders should be "sober-minded, self-controlled, doctrinally sound, disciplined, tested, holy, etc." (I Tim. 3 and Titus 1) as the Scriptures admonish. But this doesn't mean good church leaders never suffer lapses. The Bible shows that great men such as Elijah, Jonah, Jeremiah, Job, and John the Baptist had mental break-downs at points in their lives.

I was about the same age as Wilson when my break-down occurred. When I couldn't hide it any longer, the deacons of the church came to visit. They gathered some chairs in a semi-circle in front of me in the living room of my home. I was sure they were going to ask me to resign.

Instead, the Chairman of Deacons, who spoke for the group, said: "Mark, our church deeply appreciates, loves, and believes in your leadership. All of us are concerned about your health and future ministry. So, what we want you to do is take some time off with pay to get needed rest and proper counseling. We're confident that you will recover. We'll work with you, and when you're better we want you to resume your calling as our pastor."

Some pastors are not so fortunate. But those church leaders did more than save a life that day, they also saved a ministry, for which I will be eternally grateful. 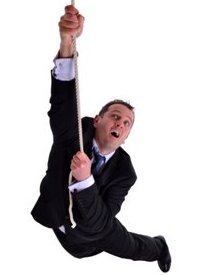 For all my pastor friends who, like Jarrid Wilson, feel that you are at the end of your rope and can't face life anymore, let me assure you that as long as there is air in your lungs things will eventually get better.

Hold on. God has promised he will never leave or forsake you. There are also trusted people with whom you can share your pain. Just reach out and don't, don't give up!

If you or someone you know is struggling with suicidal thoughts, please reach out for help. You can call the National Suicide Prevention Lifeline at tel:1-800-273-TALK (8255).