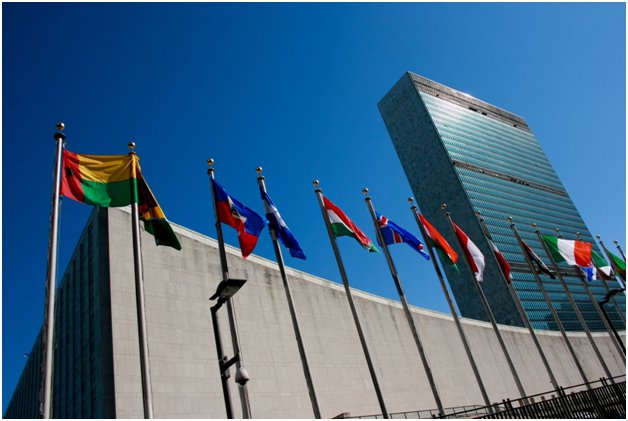 A couple of weeks ago, President Trump hosted the first meeting on religious freedom at the United Nations, calling on nations from across the globe to end persecution against people of faith.

"To stop the crimes against people of faith, release prisoners of conscience, repeal laws restricting freedom of religion and belief, protect the vulnerable, the defenseless, and the oppressed, America stands with believers in every country who ask only for the freedom to live according to the faith that is within their hearts," said the President.

There was little media coverage of this unprecedented meeting by the President, except to levy criticism for his unwillingness to make climate change, the centerpiece of this year's U.N. schedule, a priority for the United States. The meeting on religious liberty was marginalized as nothing more than a political ploy to satisfy the President's conservative evangelical supporters.

That prompted Pastor Robert Jeffress to rightly call out the snub, telling "Fox and Friends" host Ainsley Earhardt: "This is the first time any leader of a nation has addressed the UN on religious persecution. A third of the world is living under religious persecution...and it is a remarkable thing that this President would skip a UN climate change summit on an imaginary problem to address the very real problem of global persecution of believers."

Jeffrees was so right! The problem of global warming, with it's coming "end of the world" narrative, has been grossly overestimated. In fact, David Webb, host of Fox Nation's "Reality Check," got it right when he referred to it as the "religion of the Left." Dr. Michael Brown also called it "the new religion of manmade global warming."

"It has its unique gods (like Mother Earth). It defies the created world (with seminarians confessing to plants in a chapel service). It has its high priests and religious leaders (the climate change gurus and radical environmentalists). It has its patron saints (like Sweden's Greta Thunberg). And it has its own doomsday scenario: The end of the world is near. Very near."

Webb also said, "After all it's the big New Green Deal [which is about climate change], which isn't the real deal, and America the prosperous is the Satan. Hey, every religion needs a Satan." So the religion of climate change even has a Devil.

I am not a scientist, but I don't think it's necessary to be one to recognize a few simple facts about the issue of climate change.

Regardless of claims to the contrary, every attempt to prove a scientific consensus that greenhouse gases are causing global warming and precipitating an impending climate disaster has failed.

One thing about science is exact: its analysis of data is always changing. This is particularly true regarding predictions of future environmental disasters.

Myron Ebell and Steven J. Milloy of the Competitive Enterprise Institute have recently provided an impressive list of apocalyptic predictions made through the decades from notable people in government and science that have miserably failed.

"Such predictions have been and continue to be enthusiastically reported by a media eager for sensational headlines," say the authors, but "the failures are not typically revisited."

Indeed, the claims of science, the assertions of the experts, are ever being amended, but the Word of God stands forever. And the teachings of the Bible are at cross-purposes with the declarations of climate change advocates.

God didn't create a fragile Earth but a strong and resilient one. Genesis 1:31 says, "God saw everything that he had made, and behold, it was very good."

God indeed gave man dominion over the planet, and he's to be a good steward of its resources (Gen. 1:26-28). Still, are we to believe that God made the world so delicate that if man's use of any fossil fuels raises carbon dioxide levels from 27 to 54 thousandths of one percent of the atmosphere, it will cause worldwide destruction? The contention is absurd. God made a better world, one that's able to adapt, and self-regulate to serve his eternal purposes for humankind.

After the universal deluge of Noah's day, the Lord promised: "While the earth remains, seedtime and harvest, cold and heat, summer and winter, day and night, shall not cease" (Gen. 8:22). In other words, God solemnly declared always to sustain the earth's cycles on which humanity depends for survival, and this will remain the situation until the final judgment.

Does that sound like humanity is about to careen off into annihilation because of the effects of global warming?

Someone says, "Yes, but what about all the extraordinary weather events which have occurred in recent years, deadly storms, strong winds, droughts, unprecedented flooding, and other natural disasters? Surely, it's the effects of global warming."

It shouldn't be forgotten that God controls the weather. The passages of Scripture that affirm this truth are numerous in both the Old and New Testaments.

In Jeremiah 5:23-25, the Lord rebuked Israel, saying that he was using the weather as a means of rebuking them for their sins: "But this people has a stubborn and rebellious heart; they have turned aside and gone away. They do not say in their hearts, 'Let us fear the Lord our God, who gives the rain in its season, the autumn rain and the spring rain, and keeps for us the weeks appointed for harvest.' Your iniquities have turned these away, and your sins have kept good from you."

Could the alleged effects of global warming actually be God's global warning for the sinful masses? Is God drawing attention to his sovereignty and urging the nations to repent?

There's one other factor that's not spiritual but political, which should be considered. Other nations from around the world, who by the way care nothing about religious liberty, are envious of America's prosperity. Climate policy, as dictated by the United Nations, would require America to give up its sovereignty and redistribute its wealth.

As John Edison, a free-lance writer from Atlanta, eloquently argues: "[T]axes would be used, not for environmental healing, but to fund the most massive redistribution of wealth in history, literally trillions of dollars extracted under false pretenses from hardworking U.S. taxpayers and given to corrupt governments of every underdeveloped nation on Earth, all in the guise of 'climate aid'"

President Trump seems to have a keen sense of discerning a ruse when he sees one and recognizing a real problem, such as the lack of religious liberty around the world.

The President hasn't bowed the knee to the idolatrous image of global warming. As he said at the religious freedom meeting, our rights come from God. He's correct. And those inalienable rights would indeed be threatened by some stealth agenda behind climate hysteria, which pressures this nation to surrender to a form of global governance.