Rev. Mark H. Creech
Judicial tyranny: It has to stop! 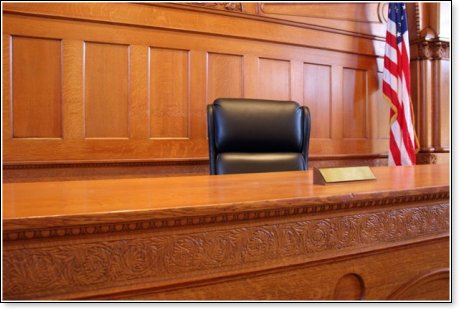 Thomas Jefferson said, "Experience hath shewn, that even under the best forms of government those entrusted with power have, in time, and by slow operations, perverted into tyranny."

America's current judicial system is certainly a case in point.

Leftists have, within a few decades, succeeded in coopting the courts as a means for advancing their un-American and radical agendas. Over and over again, federal judges have neutered state legislatures, showing disdain for the will of the people. Judicial tyranny is indeed alive and well.

In what is likely to prove to be one of the most significant election cycles for the state of North Carolina and the American Republic, North Carolinians are being denied by an activist judge common-sense safeguards that would protect the integrity of their elections. Despite a constitutional amendment in 2018 requiring voters to show a photo ID at the polls, U.S. District Judge Loretta Biggs, an Obama appointee, released a written order December 31 striking down the new law, which the state's electorate approved by a 10-point margin. State officials are now ordered not to enforce it.

The North Carolina NAACP had sued over the law, claiming it was a form of voter suppression. Biggs agreed and went further, alleging the photo ID requirement was reflective of North Carolina's "sordid history of racial discrimination."

According to a statement released by NC House Speaker Tim Moore's office, it's tough to comprehend how a Voter Photo ID requirement is racially motivated when there is no evidence the legislature requested or used any racial data to craft the law, and the availability of free IDs from the Department of Motor Vehicles and county boards of elections reduces any significant burdens that would result from disparate rates of ID possession.

Moreover, North Carolina's voter ID law, which is one of the most lenient among 34 other states that have Voter ID laws, further accommodates religious objectors and victims of natural disasters, accepts drivers' licenses, passports, military and veteran IDs, student IDs, and voter ID cards, as well as state and local government IDs. Even expired drivers' licenses and licenses from other states qualify in some circumstances.

Perhaps something from Daniel E. Horowitz's excellent book Stolen Sovereignty can provide insight into Judge Biggs' thinking. Horowitz suggests the thinking of judicial tyrants often goes something like this:

"Our Constitution and founding documents cannot possibly be the inviolable and eternal law of the land because of the original sin of slavery. No system that could have blessed such an abomination may be respected to define and guard the boundaries of liberty and fundamental rights. The same way the Constitution got it wrong on slavery and rights for native blacks, they erred on every other social value as it relates to liberty and the role of government. As such, the Constitution, as it was originally founded, is irrelevant to our times."

One can't be sure this is actually Judge Biggs' judicial philosophy, which would unquestionably nullify the original meaning of both the U.S. and North Carolina Constitutions, and, therefore, give her room to impose her own meaning. Nevertheless, when her ruling insists the state's Photo ID requirement is either racist or a result of racism, it seems entirely plausible.

One thing is for sure: the courts were never supposed to have this kind of power. The Founders believed the people's representatives, especially in state legislatures, were to be most prominent and have the final say in societal questions. If it were any other way, the most fundamental tenet of the Declaration of Independence – government by the consent of the governed – would be violated, and tyranny would result.

Among the three branches of government – legislative, executive, and judicial – the judicial was intended to be the least powerful. As Horowitz notes, "Courts were never vested with the power to decide broadly consequential societal and political questions not explicitly addressed in the Constitution."

Still, this is now the practice of the day, and citizens are getting more than weary with it.

Horowitz proposes several judicial reforms to restore the citizenry's "stolen sovereignty," but he admits most of them would require a long and protracted effort to achieve – time the nation may not have remaining to save itself irreparable harm. "A more limited, but possibly more politically viable solution would be to require the courts to garner a supermajority in support of any opinion that exercises judicial review in striking down state or federal laws as unconstitutional," he says.

Congress, says Horowitz, has the power to do this just as they can extend the number of judges on the High Court. Furthermore, he writes, "The requirement for a supermajority opinion on the court is not only within Congress's power to regulate the courts, but it is also in line with the spirit of judicial review countenanced by the Framers of our Constitution...If the court speaks with one voice that will most assuredly give the public confidence that the law passed by the legislature is indeed flagrantly unconstitutional and that the decision is rooted in law, not politics.... Any decision to invalidate a state law should require at least as high a threshold because states would have never joined the union had they been told an unelected federal tribunal could strike down their most commonsense laws governing their sovereignty."

Furthermore, I would add that I believe Congress should approve legislation instructing that no one federal judge should ever be allowed the power to strike down a state or federal statute. And whenever overturning a state's constitutional amendment, the courts must always issue a unanimous decision.

This might be a good plank on which President Trump could run for re-election. What is more, because states such as North Dakota and Nebraska have already imposed supermajority requirements on their respective state supreme courts as a prerequisite for striking down state laws approved by their legislatures, I suggest North Carolina lawmakers "get to crackin" in providing similar or identical protections for its state's citizens.

Something must be done to stop this tyranny.

We would do well to remember at this juncture in our nation's history a saying that Thomas Jefferson appropriated for his own personal seal: "Rebellion to tyrants is obedience to God."