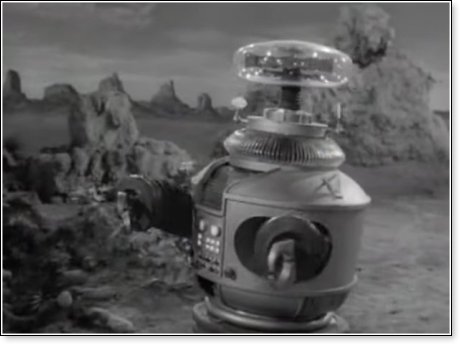 The headline from CBS News reads, “More than 12,000 Catholic Churches in the U.S. Applied for PPP Loans – and 9,000 Got Them.” The same story also reports that “LifeWay Research found that 40% of Protestant churches in the U.S. also applied for government assistance offered either through the CARES Act or the Small Business Administration, and 23% of those church's pastors reported that their applications were accepted — meaning that 59% of Protestant churches that applied for assistance were approved.”

Christians are somewhat divided over taking these government loans.

For instance, One News Now reports that Epic Life Church, in Seattle, a fellowship that provides various community services, applied for the money to keep their staff on board. Pastor Keith Carpenter said that he and the elders of his church prayed about it, and they believe it was a provision from God’s hand.

But Christianity Today reports that the CEO of Crown Financial Ministries, Chuck Bentley, says that although their ministry qualifies for a loan up to $250,000, they won’t be applying. Bentley said their bottom line is that they think they should not accept any taxpayer funds for their ministry, that they should trust the Lord to provide.

Certainly, there’s room for Christian liberty on the subject. Certainly, we should be appreciative of the religious liberty advocates in Washington, who lobbied feverishly to make such loans available to churches and other non-profit ministries. Certainly, some amazingly gifted, astute, and prominent church leaders have encouraged churches to apply for such funds.

Still, I have a picture in my head of that robot from the old 60s television series, Lost in Space, flinging his arms about, the lights flashing in his globe-like head, saying: “Warning, warning, warning, Will Robinson!”

Genesis chapters 12 and 13 describe a test that the patriarch Abraham faced. God had previously made grand promises to the man and sought to assure him of their fulfillment. Then a famine came. His faith was put to the proof. Abraham could get the needed food and supplies for his entourage in Egypt, but he feared the Egyptians might want to kill him to steal his beautiful wife, Sarah. So Abraham relied on a worldly means for getting out of a bind and achieving his ends. He told Sarah to lie, instructing her to say that she was his sister, which was really a half-lie. The plan seemed to work because the princes of Pharaoh took Sarah to the Emperor as Abraham had expected, no attempt was made on his life, Sarah was also alive, and Abraham was compensated quite well for her. But Pharaoh was grievously afflicted by God with plagues because he wrongly possessed Abraham’s wife. Pharaoh then returned Sarah to Abraham, didn’t even bother to confiscate the wealth he had entreated him with to get her, and ordered him out of the country with a stern rebuke. Abraham left Egypt that day with a bad testimony.

W. H. Griffeth Thomas, in his devotional commentary on the book of Genesis, writes about Abraham’s momentary lack of faith, saying:

I have to wonder if this moment in history, the pandemic, and the government’s generous offer of loans is a test of faith.

Abraham “was occupied with circumstances instead of with God. He only saw the famine, not the divine faithfulness. ‘He that trusteth in his own heart is a fool’ (Proverbs 28:26). ‘A crust with God is better than a feast without Him.’ Even though our objects may be perfectly right, our means to obtain those objects must be without blemish. This has a special application to methods of church work…Not only must the ends we seek be true, the means we use must also be true.”

Doesn’t the Bible teach us it’s wrong to rely on worldly means to achieve heavenly ends? Do we really believe the old adage that God’s work done in God’s way shall never lack supply? More importantly, do we actually feel the church needs the state to prop it up, when Christ has promised and sealed with his own blood that the gates of hell shall not prevail against it? What kind of testimony is this to the world of the power of our God and the surety of his promises? Moreover, what kind of unnecessary future problems could we possibly be making for ourselves? These are legitimate, weighty concerns.

In an opinion piece for Baptist News Global (a publication with which I rarely agree, but all truth is still God’s truth), Matt Sapp asks additional probing questions. Sapp wants to know what happens if the economy doesn’t rebound, and some of the churches can’t pay back the loans on time. “Does the federal government begin to take 10 percent off the top of offering plate contributions in order to collect what’s owed? Does the government (or its financial representatives) begin to demand unprecedented access to the financial records and operating procedures and temples as they might do with any other small business when seeking to restructure a debt obligation? Or, even more dangerously, does the government begin to show preferential treatment in how aggressively the debts are collected? Do churches whose politics are most closely aligned with the administration in power get generous offers to restructure payments and relaxed efforts to enforce compliance, while churches whose politics are more divergent face more intrusive and exacting government efforts to collect the debt?”

I think it’s interesting to note that when we get to chapter 14 of Genesis, Abraham has learned that God is all that he will ever need.

After Abraham rescued his nephew Lot and the citizens of Sodom and Gomorrah in a great battle, the King of Sodom offered Abraham the spoils of war. This too was a “natural” offer, and it would have been completely “natural” to take it. Nevertheless, Abraham told the King of Sodom that he would not accept, “Lest thou shouldest say, I have made Abraham rich.”

Thomas concludes this great man of God, this father of the faith, now “could not endure the thought of being in any way dependent upon this head of state, the King of Sodom…In Abraham’s case, help from the King would have been help from a quarter to which he did not desire to be indebted.” The offer of the spoil, even the offer of something that was arguably his right to have, was nothing to Abraham compared with God’s promises.

The founding fathers of our great country fervently warned us never to trust the government fully. Our heavenly Father tells us that we can always trust Him, in any circumstances, without reservation.