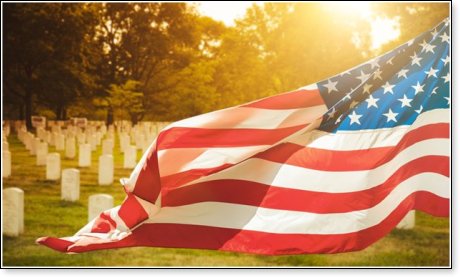 One of my favorite quotes is by Benjamin Rush, who once shared his thoughts on patriotism as a moral and religious duty. Rush said:

Patriotism is as much a virtue as justice and is as necessary for the support of societies as natural affection is for the support of families. The Amor Patriae is both a moral and a religious duty. It comprehends not only the love of our neighbors but of millions of our fellow creatures, not only of the present but of future generations. This virtue we find constitutes a part of the first characters in history. The holy men of old, in proportion as they possessed a religion, were endowed with a public spirit. What did not Moses forsake and suffer for his countrymen? What shining examples of Patriotism do we behold in Joshua, Samuel, Maccabeus, and all the illustrious princes, captains, and prophets amongst the Jews! St. Paul almost wishes himself accursed for his countrymen and kinsmen after the flesh. Even our Savior himself gives a sanction to this virtue. He confined his miracles and gospel at first to his own country.

Over the years, I have heard some high-sounding professing Christians disparage patriotism as if it's something beneath Christianity's global view. For instance, the Reclaiming Jesus Declaration, signed by numerous progressive clergy, targets President Trump's "America First" policy as "a theological heresy for the followers of Christ." The assertion is nonsense. As Lord Byron once put it, "He who loves not his country, can love nothing." A vision of Christ for the nations doesn't exclude the patriot's more ardent "God Bless America, my home sweet home."

These same clergy also argue that all war is wrong  wrong for both sides  and even when it's waged to restrain evil, it more often than not produces greater evils than it seeks to suppress. Again, such assertions are pitifully wrong.

If the people of Europe had not resisted the Mohammedan invasions, Europe would have been conquered and, humanly speaking, Christianity would have been stamped out. If at the time of the Reformation, the Protestants had not resisted the Roman Catholic persecutions, crimes such as were practiced so freely in the Spanish and Italian Inquisitions would have become common over all of Europe, and Protestantism would have been destroyed. If the American colonists had not fought for their rights, this country would not have gained its independence. In international affairs, as in individual affairs, it often happens that there is an innocent party and a guilty party.

They tell us that such a hymn as 'Onward Christian Soldiers' should be deleted from our hymnals. But I am glad that it is there. I am glad that once in a while in our peaceful worship, there comes a strain of martial music and the sound of marching feet. For all of this serves to keep before us a fact that we should never forget, namely, that Christianity is a war, a war against sin and selfishness within and against every monstrous evil, against every demon of greed and cruelty and hate which slays the souls of men and makes the world a hell.

We want to be neither pacifists nor militarists. [A]nyone who is a true Christian and also a loyal citizen lies somewhere between those two extremes. We desire peace, but we realize there are some things worse than war. We desire peace, but not the kind that is found in the slave camp or the cemetery.

Memorial Day in America is once again upon us.

Memorial Day is more than just barbeques and parades or another opportunity to party. Instead, it is a sacred day to remember from whence we've come. It's a special moment of remembrance that, with all our many imperfections, there is no place in the whole world so wonderful as our American homeland  a place where liberty lives  a place where in the long run, the will of the people outweighs the wayward and despotic tendencies of government. Most of all, it is a time to especially remember those who, for the sake of their country, gave "the last full measure of devotion" in the wars our nation found necessary to fight.

As James A. Garfield, the 20th President of the United States, so beautifully stated, "For the love of country they accepted death, and thus resolved all doubts, and made immortal their patriotism and their virtue."

When we pause with patriotic heart to extol the goodness of our country  when we acknowledge our war dead who fought first to preserve that goodness for ourselves, and not only for ourselves but for others around the world that might share in it – our actions are thoroughly Christian.