Rev. Mark H. Creech
And we should shrink from sacrificing a few hundred thousand? 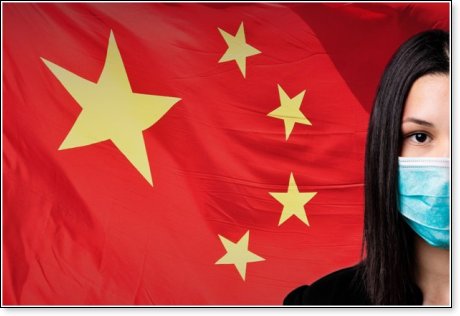 In his classic work, Christianity and Communism, which was first printed in 1948 and later revised in 1960, Christian social ethicist John C. Bennett said that there is nothing Communists arent willing to do to spread the Communist Revolution.

Bennett quotes from Arthur Koestlers Darkness at Noon. Koestler was an ex-Communist who became one of Communisms most bitter opponents. When considering our nations current circumstances, the quote is stunning:

In Koestlers novel, Ivanov, the police investigator, is arguing with an old Communist who was beginning to have moral scruples concerning the methods that he had been forced to use by the Party. In the course of the argument, Ivanov says the following:

Every year, several million people are killed quite pointlessly by epidemics and other natural catastrophes. And we should shrink from sacrificing a few hundred thousand for the most promising experiment in history? Not to mention the legions of those who die of undernourishment and tuberculosis in coal and quicksilver mines, rice fields, and cotton plantations. No one takes any notice of them; nobody asks why or what for, but if we shoot a few thousand objectively harmful people, the humanitarians all over the world will foam at the mouth. Yes, we liquidated the parasitic part of the peasantry and let it die of starvation. It was a surgical operation which had to be done once and for all, but in the good old days before the Revolution just as many died in any dry year  only senselessly and pointlessly.

Conspiracy theories about Communist China being behind the origin and spread of the deadly coronavirus have been mainly rejected and lambasted as sheer foolishness. Perhaps they are. But is it wise to readily dismiss the prospect considering the nature and history of Communism?

Whether a laboratory construct or a lab-jailbreak as one writer described it in Politico, Chinas secrecy around the matter rightly fuels suspicions. China undoubtedly has much to gain from the crisis.

Terry Glavin, in Macleans, a Canadian weekly news magazine, argues, The SARS-CoV-2 pandemic is the breakthrough XiJinping, Chinas all-powerful paramount leader, has been waiting for. And hes making his move.

According to an analysis by Horizon Advisory, a consultancy that investigates Chinese policy on behalf of corporations, investors, and government agencies in the U.S., Chinas central planners are taking every advantage of the democratic worlds predicament. Beijing intends to use the global dislocation and downturn to attract foreign investment, to seize strategic market share and resources  especially those that force dependence.

With a GDP still at least 25 percent larger than Chinas, the United States is still the worlds preeminent superpower, but the COVID 19 crisis accelerates the process that Beijing has put in place to overtake the U.S.  it will allow China to claim market share across the globe and across strategic sectors as the rest of the world shuts down.

In the meantime, Beijing is relying on its multipronged, multimedia propaganda and disinformation campaign to achieve two immediate purposes. This first is to dismiss, deny and deflect away from the irrefutable evidence of the Communist Partys catastrophic mishandling of the coronavirus outbreak in Wuhan. The second is to portray China, in contrast to Donald Trumps divided and dysfunctional United States, as the worlds savior, rushing to the rescue of plague-afflicted countries with expertise, money and medical equipment.

Its that divided and dysfunctional United States dynamic that also compounds suspicions. Undoubtedly, the Chinese would want to capitalize on that. 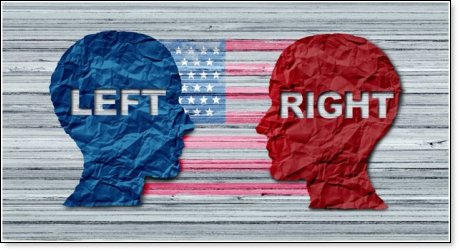 Of course, any freedom-loving American patriot, keeping up with national politics, knows that the election of Barack Obama opened the door to socialism in this country as nothing did before.

Kevin D. Williamson, a deputy managing editor for National Review, wrote in his book The Politically Incorrect Guide to Socialism that the idea that the American progressive agenda, and the agenda of the Obama administration in particular, was part of a coordinated, worldwide socialist program has always been considered a joke to most people, except socialists themselves.

Quoting Adam Shaw in an American Thinker essay, Williamson adds, Someone like [President Obama] would not even have to say he was a socialist in Western Europe; it would be assumed quite normally, without any fuss or conspiracy.

Moreover, says Williamson, We have to understand that what the American Left has in mind are not red banners and workers committees. It is a top-down, managerial, Ivy League flavor of socialism, one that works its way through the commanding heights of the economy one sector at a time; having long controlled education and labor, they are looking to such issues as trade, finance, and energy. They were emboldened by a major victory won for them by the Obama administration: the partial socialization of American healthcare.

Various media reports show that socialists are now hoping that the coronavirus pandemic will over the next few months persuade Americans to embrace their agenda. America, socialists argue, desperately needs so-called democratic socialism, even more big government, and allegedly the pandemic is proof. Their arguments might be convincing were it not that the reality of a socialist government was so profoundly reflected in the pandemic-related policies of Left-wing autocrats.

Socialism and Communism are twins, just not identical twins, but definitely of the same wicked family – arch-enemies of liberty  purveyors of death.

Who has done more than anyone in recent years to confront Chinas unfair trade policies? President Donald Trump.

Who has done more than anyone to reverse the Obama administrations policies, domestic and abroad? President Donald Trump.

Who has done more than anyone to confront, confound, and turn back the socialistic policies of the Left in America? President Donald Trump.

Who has done the most when it comes to advancing the cause of capitalism and a free-market economy? President Donald Trump.

Who has done the most to further religious freedom across the globe? President Donald Trump.

Trump and his administration personify everything the Communists/Socialists hate.

Lawrence W. Reed in Where Are the Omelets? (2005), says, On ne saurait faire une omelette sans casser des oeufs. Translation: One cannot expect to make an omelet without breaking eggs.

Reed uses the quote from Maximilian Robespierre, who welcomed the French Revolution, to argue that Communism/Socialism always leaves a wake of millions and millions of broken eggs, broken lives, in pursuit of domination.

Do Communist Chinese leaders care how many people die around the world, especially in America, if it furthers their interests  if it means an unprecedented opportunity for deposing the man whose policies best represent what America has traditionally stood for throughout its history? Not likely. If Trump remains at the helm after the general election in November, they stand to lose much, if not all, of the unprecedented gains which have fallen to their favor in recent years. Trumps advances, however, for the time being, have been ground to a near standstill.

Call me a conspiracy theorist, but if it quacks like a duck and walks like a duck, its more apt to be a duck than a platypus. Dismissing evil intent on the part of Communist China to bring down this country at any cost, to bring down freedom throughout the Western World, either by constructing a virus or fully capitalizing on its released potential for destruction, is certainly plausible.