Rev. Mark H. Creech
Corporate public worship is a must, even during a pandemic 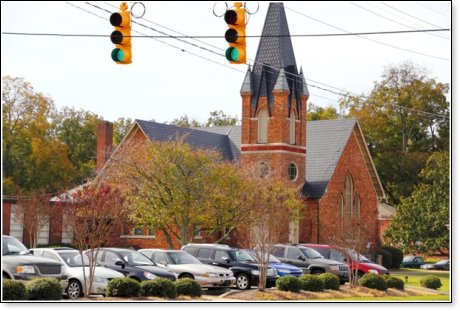 One of the most significant passages of Scripture is one in which Luke calls attention to a habitual practice of Jesus. Luke says that when our Lord came to Nazareth, His hometown, He went to the synagogue, as His custom was, on the Sabbath day (Luke 4:16). Its difficult to diminish the critical importance of attending corporate public worship when we understand that Christ made a habit of it. Regular church attendance is something that should characterize the life of everyone who identifies as a Christ-follower.

In one of the great exhortations of Scripture, Christians are told, Let us not give up meeting together, as some are in the habit of doing, but let us encourage one another  and all the more as you see the Day approaching (Hebrews 10:25).

It was quite disturbing to recently read a report from Barna Research which stated, One-third of all practicing Christians havent been watching either their church online or another churchs streaming worship services since the state lockdowns in response to the coronavirus

The report also noted that half of practicing Christian millennials had not attended church in the past four weeks, and thirty-five percent of Gen X Christians and twenty-six percent of Baby Boomer Christians had foregone digital church attendance.

The report said these trends highlighted the importance of churches continuing to reach out and disciple the next generation, especially those who are seemingly falling away during the pandemic.

The Barna report comes at the same time a megachurch with a pastor, who has a high national profile, just announced that his church is suspending in-person services until 2021. The pastor said the reason was that the leadership couldnt guarantee their congregants' safety.

I cant help wondering, which safety is the pastor talking about, his parishioners physical or spiritual health? It appears he was talking about being unable to protect them from COVID 19, but is the spiritual somehow less vital than the physical?

We seem to be living in a time when we are experiencing the birth pangs of a coming judgment. Those birth pangs increase with intensity with each passing day. Certain signs of the times indicate that the return of Christ may be very near. Wasnt that what the writer of Hebrews was saying? Since the storm clouds are gathering about us, since we see the lightning

and hear the thunder, since our redemption may be drawing near, isnt this the time when we should be giving ourselves all the more to the place of worship and prayer?

When I read the pastors reasons for choosing to suspend services, I couldnt help but think of the one hundred and thirty-five cases of persecution that occurred in the first half of 2020 for Christians in India. Some were lynched, some experienced community ostracization. Two Christian men were sodomized, according to one report. Do we think that their church leadership could guarantee their safety when attending church?

Ive gone to India three times as a short term missionary. I can tell you first hand that every time many of our Indian brethren choose to meet, wherever they decide to come together, they are living with the ongoing threat of radical Hindus and Muslims bent on harming them because they worship Christ. 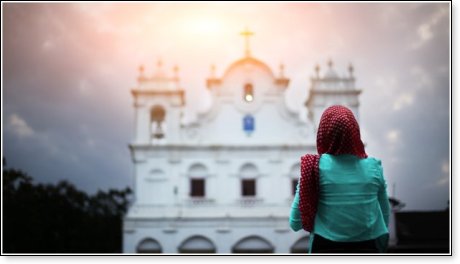 Theyre dealing with COVID over there too, plus persecution! I dont mean to diminish the importance of safety, but when it comes to worship safety shouldnt be the first or only concern of the church?

Perhaps so many in this country have forgotten how essential church is to ones spiritual health. Im not referring to merely watching a service online, but attending and assembling with other believers.

Barna also noted in its findings that respondents who had stopped attending church during COVID 19 were less likely than those who were still attending to say they were not anxious about their lives  that they had an inner peace from God. Those who had stopped attending in recent weeks were more likely to say they felt insecure. But I suggest the matter is of much deeper significance.

James Collins, a Kansas pastor, and columnist has written of late that the question is whether we believe the church is essential. Collins said that when the coronavirus hit and churches were forbidden to attend their services, he called and emailed several federal, state, and local officials and asked them whether they believed the church was essential.

Most of them refused to answer. In my way of thinking, not answering was an answer of No. However, one local politician that I spoke with on the phone answered with a flat-out, No! Churches are not essential. We are living in a time where liquor stores, marijuana dispensaries, and abortion clinics are considered essential, but the blood-bought church is not, wrote Collins.

Let me share something that is even more tragic. Its when the blood-bought church of Christ acts as though its services are not essential.

Theres an old story about a family of wayward church members who had drifted away from the church. There was a father and his three sons, Jim, John, and Sam, who worked on the farm together. The elders had urged their return, the pastor had visited with them, and some of the church members had tried to coax them back. Nothing seemed to do any good. 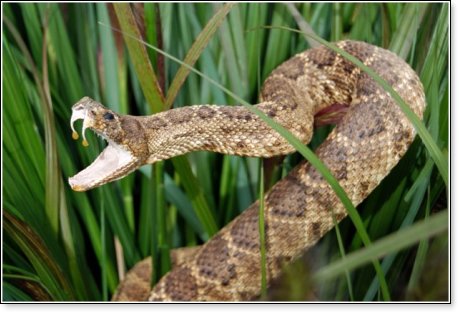 One day, one of the boys was out in the pasture and was bitten by a large rattlesnake and near to death. The country doctor told the father and his other sons, About all you can do now is pray. So the father called the pastor and told him of Johns condition. He asked the preacher to pray for Johns recovery, and this was his prayer:

O wise and gracious Heavenly Father, we thank thee, for thou hast in thy wisdom sent this rattlesnake to bite John, to bring him to his senses. He has not been inside the church house for quite some time, and its doubtful that during any of that time, he felt the need for prayer. Now we trust that this will prove a valuable lesson to him and that it will lead to genuine repentance.

And now, O Father, wilt thou send another snake to bite Sam, and another to bite Jim, and another big one to bite the old man. We all been doing everything we know to restore them, but to no avail. It seems, therefore, that all our combined efforts could not do what this snake has done. We thus conclude that the only thing left that will do this family any good is rattlesnakes, so Lord, send us bigger and better rattlesnakes.

In the name of Jesus, we pray. Amen.

One can only wonder how many more rattlesnakes God may have to send to get his children to recognize and appreciate the importance of church attendance.

I certainly cant tell church leaders how they should conduct their services. Nevertheless, I do echo the sentiments of Christian apologist, Alex McFarland, who recently told American Family Radio:

If youre not meeting for corporate worship, youre not practicing New Testament Christianity.

McFarland added that neither was this the time for churches to permanently adapt to online services and conclude this is the new way to do church in the Twenty-first Century. I am saying, it is time for churches everywhere to meet, he said.

Coronavirus or no coronavirus, even in states where it might call for civil disobedience, church leaders must find creative ways for their people to meet regularly. Leadership and members alike should observe reasonable precautions and health protocols. Nonetheless, steady and recurring times of gathering together as the family of God are a must, even during a pandemic.