Rev. Mark H. Creech
The political choice in front of us is either Christ or chaos 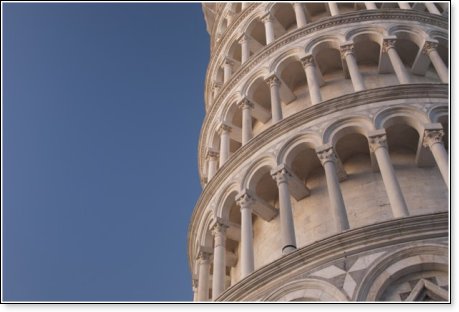 During the early nineties, the leaning Tower of Pisa started to lean too far. So engineers designed a plan to salvage the twelfth-century landmark from toppling over.

The project went through several phases. First, counterweights were placed on the base of the tower to slow down its tendency to lean. Second, the tower was harnessed with gigantic steel cables to prevent it from collapsing during reconstruction and to pull it back once the groundwork was laid. Finally, the foundation was reinforced, and the cables were pulled to make the 180-foot-high tower more upright. Fortunately, the project was a success.

Left to itself, our nation today faces the same threat, which once loomed over the leaning Tower of Pisa: tilting and headed toward catastrophe. The effort to elect public officials who support policies more consistent with biblical teachings has been the project to save our Republic.

In his excellent book, Politics According to the Bible, Wayne Grudem explains the stark differences between the two major political parties in America:

“There is a significant difference in the religious beliefs of Republicans and Democrats taken as a whole. Conservative evangelicals, who tend to believe that the Bible is God’s Word in its entirety, have tended to align with Republican principles. So have others whose religious views lead them to believe in absolute moral right and wrong, such as Roman Catholics, Mormons, and more traditional Jews.

“But people who have no religious belief at all, or who do not believe that we can know what God has told us with regard to moral standards, tend to be moral relativists, and this aligns them much more closely with the Democratic Party and its emphasis on allowing people to choose abortion or choose homosexual marriage and so forth.

“The differences between Democrats and Republicans today have great significance. These differences are not accidental, but stem from differing convictions about several moral and theological issues.” 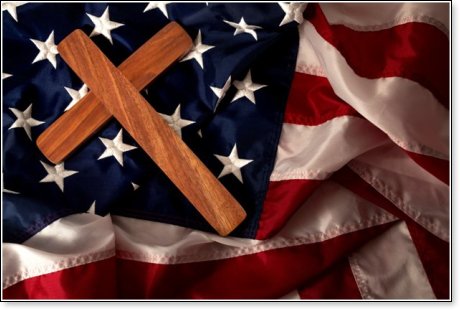 Of course, some insist our system of laws must somehow be religiously or morally neutral. The truth is such neutrality is completely impossible. No system of government operates in a vacuum.

“When we understand this, which is so utterly fundamental to understanding the world in which we live, we see through some of the big lies we’ve heard so frequently in our time, such as, ‘You can’t legislate morality.’ How many times have we heard that, as if that were true as the fact that the sun rises in the morning? 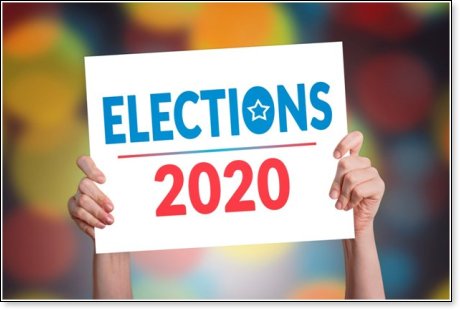 For several decades, America has been sliding morally downward. Godless and immoral people have had an undue influence on public policy. Since the election of Ronald Reagan as President, however, religious and political conservatives have tried to pull the nation back from spiritual and ethical collapse. Although far from perfect, overall, the persons elected with political positions more aligned with an orthodox Christian worldview have worked to save us. But the candidates elected that didn’t base their politics on such timeless verities have undermined our foundation and taken us down a dangerous path.

We are now at a tipping point, and the differences between the candidates and the two parties represented couldn’t be more precise. This is a time of great testing for our country.

Gary DeMar, in his book, God and Government, summarizes what I think is at stake in the 2020 Election:

“The battle today is over lordship. The issue of politics today is the issue of sovereignty. Who is the Lord of all of life to whom man must give his total allegiance, Christ or Caesar? The answer to this question is the difference between liberty and slavery, justice and tyranny…Is this to be a Christian nation or a humanistic nation? The only faithful answer that a Bible-believing Christian can give is this: ‘Blessed is the nation whose God is the Lord’ (Ps. 33:12). ‘For the LORD is our judge, the LORD is our lawgiver, the LORD is our king; He will save us’ (Is. 33:2)…If Scripture speaks to civil government [and it does], then civil government must be called upon to acknowledge the Lord of Scripture and be reconstructed according to his demands.”

Generally speaking, one side in the race for power believes this, while the other side either denies it or feigns to possess faith. This is not an oversimplification of the matter but an irrefutable fact.

The political choice in front of us is either Christ or chaos. Either our grand tower of freedom, which is severely listing, will stand or fall. The project to save our Republic will largely depend on whether American Christians vote and vote biblically.