Rev. Mark H. Creech
The pandemic and the fear of death 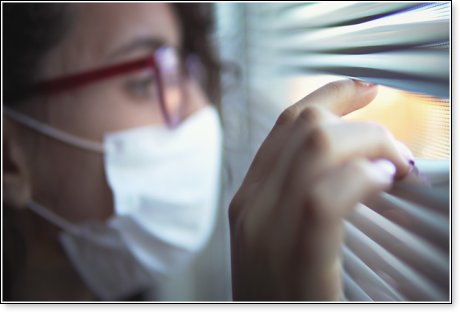 Peggy Noonan, a former correspondent for CBS News and a speechwriter for Presidents Reagan and Bush, once said:

I think we have lost the old knowledge that happiness is overrated  that, in a way, life is overrated. We have lost, somehow, a sense of mystery  about us, our purpose, our meaning, our role. Our ancestors believed in two worlds, and understood this to be the solitary, poor, nasty, brutish, short one. We are the first generation of man that actually expected to find happiness here on earth, and our search for it has caused such unhappiness. The reason: if you do not believe in another higher world, if you believe only in the flat material world around you, if you believe this is your only chance at happiness  if that is what you believe, then you are not disappointed when the world does not give you a good measure of its riches, you are despairing.

WebMD reports that Americans are experiencing high levels of emotional stress from the COVID 19 pandemic  such high levels that it has become a mental health crisis. Fifty-six percent, more than half of the country reports worry or stress related to the outbreak has led to at least one negative mental health effect. People have trouble eating and sleeping; some are drinking too much; others suffer from frequent headaches and stomachaches, shorter tempers, and other health issues.

Matt Walsh, who writes for The Daily Wire, made an astute observation about the way many are responding to the coronavirus. Walsh wrote:

Nobody likes to think of death or acknowledge that one day they will be claimed by it. But we live in a culture where people are especially determined to avoid such thoughts, and especially equipped to avoid them successfullyBut what happens when an entire society of death-thought avoiders have their barriers broken all at once? What happens when there is a knock on everyones door at the same time? That might have been an interesting thought experiment a year ago, but now we know the answer. The coronavirus has forced us to acknowledge our mortality, and the response from many of us was, first, to panic, emptying grocery store shelves for no reason and causing shortages of supplies that have nothing to do with the virus. Then we erected new barriers, physical ones, retreating behind masks and into our homes, where a great many Americans have shown an incredible willingness to remain for as long as The Powers That Be deem necessary. It is not as though the risk that most of us face is very high. For anyone who is not already sick, or advanced in age, the chance of being hospitalized from the virus is very low. The chance of dying from it is extremely low. But the psychological threat is a different matter. We have felt our false sense of security evaporate and illusions of immortality evaporate. This has left many Americans paralyzed in an almost literal sense.

Jesus warned us about living for this world onlyrarely, if ever giving thought to God  or the need to prepare for the end, which can come at any moment.

In Lukes Gospel, Jesus told a parable about a man who became very wealthy. Jesus said the man invested everything he had, his hopes, his dreams, his aspirations, in this life, without considering the prospect of death. Then his soul was unexpectedly required of him, and he went out into eternity unprepared to meet his Creator.

People who make God central to their lives dont suffer the fear of death as others typically do. Every day we hear bad news related to the pandemic, but the Gospel is good news. The good news is that Christ won the victory over death, and no one who puts their trust in him needs to fear it. Jesus promised, Because I live, you shall also live (Jn. 14:19). 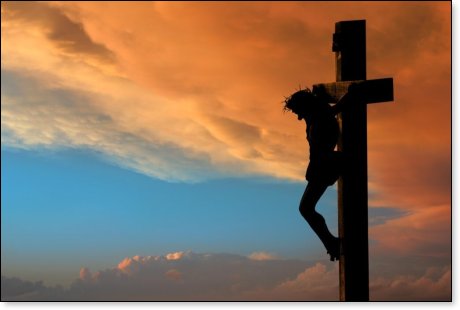 Were you aware that Christ, the Son of Gods purpose, was to deliver us from the fear of death? He did this by dying on the cross for our sins.

The Bible teaches that sin, which is our neglect of God, our rebellion against him and his ways, makes us worthy of death, and not just physical death, but spiritual. Christ, however, shed his blood on the cross to atone for our sins and to die in our place. But God commends his love toward us, in that, while we were yet sinners, Christ died for us (Rom. 5:8). Because Christ died in our stead, we never have to experience real death. For the wages of sin is death; but the gift of God is eternal life through Jesus Christ our Lord (Rom. 6:23).

Thus, the writer of Hebrews says Jesus took part of the same; that through death he might destroy him that had the power of death, that is, the devil; and deliver them who through fear of death were all their lifetime subject to bondage (Heb. 2:14-15).

Truthfully, most people live in bondage to the fear of death.

In his column, Walsh also said that there is a great dividing line between those on the one hand who have responded to the pandemic by retreating entirely from their normal lives, hiding in their homes, wearing masks just to walk down the street, and who even now still have no desire to go back to normal, and those on the other hand who have basically continued living their lives almost as they did before, taking reasonable precautions but not allowing themselves to be overcome by fear.

The latter group, says Walsh, is more in touch with their mortality, and the inevitability of their own demise.

News flash! Sooner or later, we die! But those who trust Christ as Savior and Lord can live without the paralyzing fear of death, knowing there is a better place beyond the present, where every longing is satisfied, and where the redeemed are safe and gloriously happy forever.