May 10, 2011
"During Bush's term, gas prices went down 9 percent, adjusted for inflation. Yet, preposterously, he was excoriated for allegedly colluding with 'big oil' to drive up prices." — David Limbaugh, recent column

"Refiners enjoy fatter margins with crude prices sinking. And Exxon . . is likely to be profitable even if oil prices sink below $50 a barrel . . . It says it's sticking with plans to spend at least $125 billion the next five years on oil projects."

A FEW THOUGHTS MORE: Despite a three-page column last week on the price of gasoline, there are still so many things to be said, in no special order.

- Alaska is so big that it could stretch from Georgia to California** — so big that it probably hasn't been geologically surveyed to anywhere near its true potential. Still, they say that Alaska could be the world's 8th largest oil producer, if Uncle Sam got out of her way.

- Not to mention North Dakota, Canada could provide 25 percent of America's oil needs from oil sands. Canada is already a natural resources exporting country, and they don't have the trade deficits we have (in part due to importing oil from countries that hate us).

is only 70-some miles from the existing pipeline in Alaska. With modern technologies such as directional drilling, access to ANWAR oil would be like a pin-prick in a little fingerprint.

- Since Democrat bureaucrats and congresspeople have been banning drilling projects and driving up crude oil prices, why not investigate them to find out how many are investing in oil futures, eh? Some people would raise the percentage of hard cash a speculator has to pay down, and ban anyone from "investing" in oil futures unless they have the capacity to take possession of the physical crude oil.

- Besides your personal piggy bank, drilling moratoriums are driving smaller "wildcatters" into bankruptcy along the Gulf. The "reverse multiplier effect" is forcing restaurants and other businesses to close their doors, too.

- We may have to get used to double-digit unemployment and triple-dip recessions as long as the White House clings bitterly to its Green obsessions. Perhaps the WH is secretly happy to see "consolidation" of the oil business through bankruptcies. It would make it easier for Big Bro to centralize and nationalize America's oil industry!

- "Mother Nature" spews more oil into the oceans every day than the BP oil rig did (and would you prefer to see a pipeline from Canada/Alaska or more tankers crossing the Atlantic with Arabian oil — subject to possible pirate attacks and/or oil spills?)!

SPEAKING OF THAT (the BP rig), many are the unanswered questions about it. For example, was it a gusher than caused a blow-out, or was there an accidental or arsonist fire that caused the "blow-out"? There was also a refinery fire in Texas at almost the same time, but we are always told that "no terrorism" was involved! News stories on oil have more variations than the Osama bin Laden "narrative" [R.I.P.].

By the way, David Limbaugh reports via the Heritage Foundation that at least 103 permits were awaiting review in February. The Bureau of Ocean Energy Management, Regulation and Enforcement has been approving only 1.3 permits per month. Limbaugh says:

"Obama demeans 'big oil,' pushes alternative energy every time he gets a chance and does everything in his power to suppress domestic production, then looks us in the face and tells us he's increasing domestic production . . . it's hard not to conclude that Obama's on a mission to suppress or shut down the existing oil infrastructure in the United States in pursuit of his stated alternative priorities."

For what it's worth, my dictionary says that an ABOMA is a variety of boa constrictor, and "constricting" is the perfect word for what the White House is doing to the oil business (and we're shocked when the price of gasoline goes up?). And now they're even proposing to tax you so much for every mile you drive, whether you have an efficient vehicle or not!

As I said last week, the enviro-mental wackos tried to use the "global warming" trick to justify higher and higher gasoline prices. They think we simply MUST switch to alternative fuels to save the planet from "further global warming." Tell that to the Yoopers up here ("brrrrrrrr!").

Fido's water dish. The tornadoes in the Gulf region were caused by cold air coming from our part of the country (not warmer air over the Gulf as some idiot claimed).

I hate to tell you this, Al Gore, but no amount of carbon suppression is going to affect the Jet Stream one whit. Nature does some quirky things, but then again, it always has!

Sadly, our highly-expensive public schools spend so much time on social engineering, including Global Warming, that our kids are very handicapped when it comes to history, economics, geography, and science. Progress on the alternative energy issues will come from true scientists, not political science majors. For example, University of Wisconsin scientists are working on finding strains of bacteria that will speed up the conversion of wood cellulose to ethanol, but such progress can't be "mandated" by some Great Leap Forward like the Chinese Cultural Revolution.

By the way, Young America's Foundation reports that since the Prez took office he has spoken on a high school or college campus an average of once every 12 days. How's that carbon footprint workin' out for us, eh?

Well, I've barely scratched surface on this topic, so I may have to continue it next week. The reason I mentioned gold in the title today is because up here we have a local controversy over a proposed mine. The two companies involved have already invested millions of dollars of exploration money, but a portion of the local populace simply doesn't want new people moving to town. The way the economy is going, we ought to take any economic growth we can get just to stay even, but some people are "the party of NO"! As John Davis, editor of Earth First Journal says:

"Human beings, as a species, have no more value than slugs." 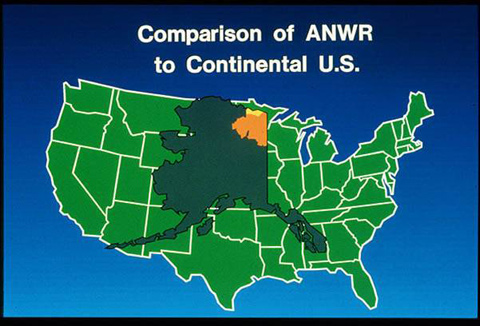 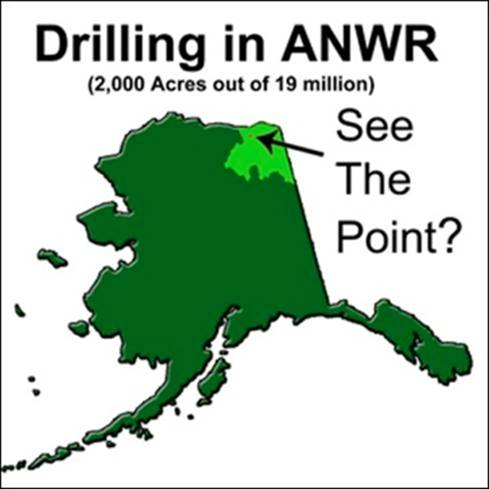