Curtis Dahlgren
BACK TO SCHOOL FOR ACADEME; a retrospective (a classic)

September 23, 2014
"Man without God is a beast, and never more beastly than when he is most intelligent about his beastliness." – Whittaker Chambers

DAHLGREN "was one of the best humorous writers ever . . at a time when literary partisanship ran high, [according to the Encyclopaedia Britannica] . . "in Sweden." They are talking about Carl Fredrik Dahlgren (1791-1844) whose words can still be read on the web, in Swedish. The Britannica (1910) said that he was "indispensable to the Phosphorists in ridiculing certain academicians . . at a time when writers divided themselves between 'Goths' and 'Phosphorists' . . "

The Goths were probably the "Beasts of Reason" who considered themselves light-years ahead of the old fogey religious extremists. TODAY, "The Great Divide" is between the "Retros" and "Metros," according to a 2004 book by that name.

You know the Metros: They are the "highly evolved" eggheads who make fun of Ozzie and Harriet, Father Knows Best, and anything else from the 1950s. They are teaching your kids right now in college.

LOL – higher education is okay if you know what your vocation is going to be, but one of Webster's definitions of "academic" is "pertaining to areas of study that are not vocational or technical" [or] "not practical or directly useful; purely theoretical."

THE RETROS, of course, are the hicks in the sticks, the bitter clingers – rural or small town, etc. – who still use the term "Founding Fathers," "traditional values," and "Family" with a capital F. We grew up with heroes and role models. We wanted to be more like George Washington than Boy George or Lady Gagme. And we are ridiculed mercilessly by the tenured professors.

Among the latter, liberals outnumber conservatives from 30-1 in anthropology to 3 to 1 in economics, which means that conservatives are more concerned with the practical than the things that may – or may NOT – have happened "billions and billions of years ago." But it's hard for conservatives to get past the "screening" process. You don't get to be teacher's pet in Journalism 101 if you write for the conservative newspaper on campus.

I returned, after ten years, to the U. of Wisconsin-Madison in 1970. I totally expected to hear my religion attacked before the end of the first week, but was shocked to hear my landscaping prof blame the book of Genesis for pollution – because of the phrase "subdue the earth" (in some translations). All that shows is that word-meanings can get lost in the translating sometimes; originally it meant "replenish the earth and manage it."

The academic 'environment' is growing increasingly anti-business and anti-Christian, not to mention anti-Hebrew. As for the fundamentalist environmentalists, you can bet and take it to the bank that they are almost all anti-capitalists. They prefer poverty to prosperity, and that's what the conclave of High Priests of Green is all about in New York this week.

INCIDENTALLY, it was 29 degrees up here on the Ides of September, and on the first day of autumn, 30 degrees (colder in low spots). The Daily News of Iron Mountain-Kingsford said (August 23):

It would almost be funny if it weren't so cold! What's a swimming pool? Or "air conditioning"? Don't start with us Yoopers about your "Global warming"! You know that if the "anecdotal evidence" had been even one degree above normal, the enviro-mental wackos would be shouting from the housetops, "We're all gonna die. We're all gonna fry!"

CONCLUSION – Back to School

Rodney Dangerfield said that his son begged him for a BB gun, so he gave him one. His son gave him a shirt with a target on the back. That just about paints the picture:

We old-fogey moss-backed Retros "don't get no respect" from the trendy, decadent-chic, Metrosexuals. Not to turn back the clock, but Webster says that the noun "retrospect" means "looking back" (with a purpose). In fact, the word RESPECT comes from the Latin respicere – literally "look back at"! It passed into English as meaning "in regard to" or "with respect to," and evolved into "esteem."

BTW, a cousin of "respect" is the word "respite" (or "refuge"). Ayto's dictionary says that respect and respite are ultimately the same word.

SO – that's my long version of saying that there was some merit to Ozzie and Harriet, Father Knows Best, and the rest of those Happy Days! Opportunity looked a lot like hard work (as someone said), and if we didn't know anything else, we knew how to work! We didn't aspire to be a bum on heroin like so many of our young – sometimes overeducated – Americans. But the public schools only disparage the Founders and all the rest of our fore-fathers. No wonder kids are depressed, can't find work in the real world, and have to move back home with daddy.

"The very first item in the creed of commonsense is obedience."

Obedience to what? Well, the Founders believed in common Natural law, or the "Law of Nature and of Nature's God," and Hubbard said:

"Revolt may be sometimes necessary, but the man who tries to mix revolt and obedience is doomed to disappoint himself and everybody with whom he has dealings."

That probably went right over the heads of "the smartest generation," Generation XYZ. 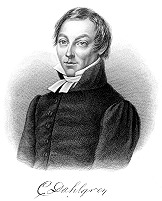