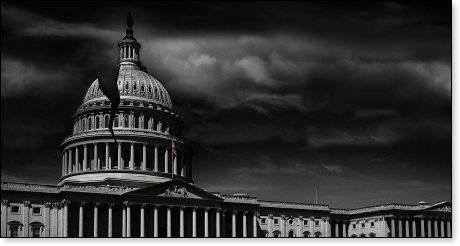 “Indisposed to admit or accept that which is related as true”

“Incredulous,” of course, means disbelieving. Incredulity is a state of mind in which we find ourselves more and more. Our country is completely off its rocker, it seems, and we have a hard time believing it all.

We are confused and adrift because our moral guideposts have gone missing, ripped out from under us by the Marxists calling themselves the “Great Reset.” Every parameter of our morals and values, things we have learned in our churches, schools, and at our parents’ knees – literally, everything we have held dear – is being destroyed. History is being rewritten. Our bedrock is crumbling into shifting sands, and we are responding with either anger or denial.

It’s no wonder we feel like we’re going nuts.

Evil has invaded our country. We see incredible hostility on a daily basis. There is so much hate-filled rhetoric on the news and among acquaintances and family that we tend to turn it off and back away.

People you know are uttering things you never thought you’d hear them say, and they can’t/won’t explain themselves in a rational way. If you asked them to defend their argument, they can’t. They just spew a mantra of learned derangement, if they answer at all.

The media hypes stories of theft and robbery, killings, and maimings 24/7. This seems to get worse, more frequent, not better every day. Have another dose of horror with your coffee.

We are the bad guys for denying the existence of 58 genders; it makes U.S. the haters, we are told. What happened to “follow the science??" That little mantra also goes out the window when we are demanded to believe that men can give birth and provide all that is physically necessary therein. Whatever.

It is un-American for the Census to count how many American citizens live here, but the 2020 count made sure to catch as many illegals as possible. Russian interference in elections is bad, but voting by illegals is good. Border security ($5 billion) is too expensive, but free health care and housing for illegals ($1.5 trillion+) is just fine.

Our illegitimate government showers the Fascist dictator of Ukraine with trillions, but denies our own military what they need to fight AND to live through their life-altering injuries sustained in our service.

Bidens (and Clintons AND Obamas) went to bed with the crooked Ukraine government, financed bio-weapon labs there, blackmailed its leader, and that is somehow ignored (or accepted??), all day every day. Let Trump place a phone call to the Ukraine president and ASK about those offenses, and it is worthy of impeachment. Daily, it seems, the current "resident" and his Congress perform impeachable offenses, but since Trump left office, the word has not been whispered in those hallowed halls.

The party that says there is no such thing as gender, and whose SCOTUS nominee cannot define a “woman,” demands female candidates for public office and special healthcare “rights” (murder of the unborn) for women. Our children are being physically and chemically castrated in our own public schools, and parents are not even in the loop! This is pure Luciferian construct. Incredible!

Unbelievable! We are utterly incredulous. Again.

Illegal aliens are welcomed into our country by the millions, carrying every kind of disease known to man. (Of course, we don’t know what they are. Yet.) But Americans lose jobs and freedoms if they do not submit to an untested treatment, which has proven to be killing millions. “My body, my choice,” anyone?” Let’s not even mention the incredible amounts of lethal drugs like Fentanyl gushing into every state, while American citizens are prohibited from buying tested and effective remedies such as Ivermectyn.

On this note, while it is NOT OK to execute murderers, it’s just fine when they kill innocent Americans. Attempted murder doesn’t even rate temporary incarceration or a trial. The entire act of a deranged Leftist trying to kill Congressman Lee Zeldin was caught on camera, but the perp was out of custody in two hours. Don’t forget, too, that under this New World Order, killing babies is somehow a human right, a necessary part of a woman’s (pardon me, “baby-maker person’s”) health care freedom.

And, oh, yes. Those evil law enforcement professionals are labeled fascists for trying to stop the anarchy, because, somehow, being arrested and held accountable violates the rights of the criminal.

Our Constitution and its body of law, on which we have depended to enjoy the finest form of government in history, has been thrown out. We are staring totalitarianism in its Luciferian face. Those forms of governance (socialism, Marxism, Communism, whatever) have killed millions around the world, but the Globalists want to try again.

After decades of undercover efforts to bring us to this point, we are facing the demise of our country. Now it is visible, the rot is all around us, and many of still can’t bring ourselves to believe, OR to work against it.

OK. I am somehow “racist” for pointing all this out. Heck…I’m in good company: Calling Covid the Chinese flu after its country of origin is racist, too. (“French” fries? “Italian” seasoning? “Greek” pastry? How far is this going? If I like all of the above, am I a hater??)

This insanity is invading every aspect of our lives. It is making us incredulous. We want to hide or run, or just deny. We just want it to go away, but it won’t, unless we acknowledge it, and realize what this turmoil is doing to us and our country.

Acceptance must precede knowledge which precedes the power to stand and fight. If we are going to be able to deal effectively to get our republic back, I repeat, we must act.

Many don’t want to get involved in activism because what is out there is just too crazy to believe, and too frightening to consider.

However, if you value your freedoms, IF YOU WANT TO ENJOY THE BLESSINGS OF LIVING IN A FREE COUNTRY, you will open your mind to reality, take a deep breath, and jump in. The water’s NOT fine, but it is navigable, and the only danger comes from NOT swimming with your pack. We do not have a choice.

Take heart. WE are far more numerous than THEY, because WE are the Constitutionalists, who want to save our freedoms. “Our pack” is no longer defined by a party label, “R,” “D,” “I,” or any other. If you approach members of your community with the simple choice of which they support – the Constitution or Communism – you will raise the flaps of the tent, and expand your group to include a great many who have been frustrated, trying to find their old party allegiances. WE, who believe in our Constitution and the blessed life it has given us, ARE a vastly larger group than those who crave totalitarian control.

There are local action groups in counties and towns across the country doing great work. They consist of members of all former political parties. More groups are forming every day in every state. Join arms with your friends and neighbors and get involved. Form a Freedom Pod and learn what is happening in your own town. You might be surprised, but you will be armed for action, with understanding. Knowledge is power.

First priority, secure the November 2022 elections. Without that, we will be at a serious, perhaps fatal, disadvantage.

The venom of Evil – which is everywhere today – paralyzes the moral mind. Lucifer and his gang know this, and hope you will become so tangled in the web of utter disbelief, and terrified of the dark shadows you see everywhere, that you will become powerless to act. Don’t let yourself become their victim. Stand strong for what you know is right.

Get off the couch and out the door. We have a country to save. 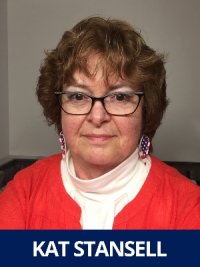 September 29, 2022
Think your vote doesn’t count?? Here’s why it does, and why it will be the most important one you’ve ever cast