Beware of hypocrisy: it can sabotage a success story 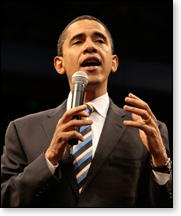 The advice of my grandmother, whom no one would call a spontaneous optimist, was: Be careful of success, because there's always a failure somewhere in it.

The public relations corollary of that advice might be: If you boast too much about your successes, people will eventually begin to see the failures.

The Obama administration has done some high-level touting of its success in killing Osama bin Laden — and indeed, there was a bold, brave, and successful military action by the Navy Seals. But the more the administration celebrates its own story of accomplishments (the more the bin Laden killing becomes elevated to an event on par with 9/11, in terms of the national unity it should inspire), the more the public begins to see the other side of the story. And unfortunately, for President Obama, there is another side.

An erosion of leadership

The media and cultural elite often argue that America has become almost impossible to lead, because the public is too cynical and mistrusting of its leaders. But the truth is that Americans desperately want to believe in their leaders.

The outpouring of patriotic expressions immediately following the bin Laden news (an outpouring of the kind normally despised by the Left) provided a clear demonstration of the American desire to believe and follow. But it is the duty of political leaders to respect that desire by being credible — by avoiding hypocrisy.

Flip-flopping on the War on Terror

An unfortunate side of the Osama bin Laden story is the hypocrisy that led up to it. And that side becomes all the more unavoidable the more the story is heralded.

The list of hypocrisies is a long one. As a presidential candidate, Obama condemned the use of anything that could be even liberally described as torture on prisoners of war at Guantanamo Bay. And yet now, as president, Obama celebrates the assassination of someone who was never even interrogated.

As a presidential candidate, Obama condemned the existence of the prisoner of war camp at Guantanamo Bay. And yet, as president, Obama boasts of his success in learning the whereabouts of Osama bin Laden — a success only made possible by the information gathered at Guantanamo Bay.

As a presidential candidate, Obama derided and belittled American intelligence operations, arguing that the CIA and military intelligence could not be trusted, since they had been wrong about weapons of mass destruction in Iraq. And yet, this intelligence network was precisely what Obama relied on in sending American military into Pakistan to kill bin Laden.

As a presidential candidate, Obama was the anti-war candidate, the bring-the-military-home candidate. But in heralding his success in the bin Laden operation, Obama cast himself as a leader who aggressively wages military actions abroad. 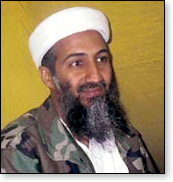 Hypocrisy on politics and culture

In the aftermath of the bin Laden killing, Obama called for national unity and an end to partisan bickering. (The same president who, during his State of the Union address, sharply attacked members of the U.S. Supreme Court.) Democrats quickly followed suit, condemning the opposition's criticism of the president. And yet, throughout the George W. Bush presidency, Democrats frequently insulted the intelligence, truthfulness, ethics and morality of President Bush — and not just President Bush, but even courageous leaders like General Patraeus.

The Obama administration refuses to release the photos of a dead Osama bin Laden because those photos are said to be too graphic or gruesome — too "offensive" to the "sensitivities" of Americans. Democrats and liberals applaud this decision, stating that America is "not that kind of place," where such lurid brutality is so openly expressed. Mind you...these are the same individuals who oppose any restrictions on the ability of video game manufacturers to sell the most graphically violent video games to minor children. These are the same individuals who vociferously defend the rights of the entertainment media to promote such a degraded cultural climate that in fact no one is shocked by anything anymore.

As president, Barack Obama refuses to release any evidence relating to one of the most trumpeted events of his presidency — the photographic and DNA evidence proving that Osama bin Laden was killed in Pakistan. But as a presidential candidate, Obama promised to conduct the most transparent and open administration in history. In the early days of his presidency, Obama issued a memorandum stating that his administration was "committed to creating an unprecedented level of openness in government" and that it was dedicated to "transparency."

That promise of transparency, however, was quickly violated. Despite Obama's promise that all negotiations related to his comprehensive health care legislation would be carried live on cable television, the negotiations in fact were conducted in private, far outside the view of the public and press. In the face of criticism regarding his handling of the oil spill disaster in the Gulf, Obama deliberately worked to limit and suppress media coverage of that disaster. And the Obama administration continues to invoke the state secrets privilege to insulate government contractors from any legal liability associated with extraordinary renditions and human torture.

Perhaps Obama has changed his mind on many issues since the days of his presidential campaign. However, it would be best for the country and for our political discourse if he acknowledged those changes of position. Instead, he simply leaves the public with a gnawing and cynicism-fostering impression of hypocrisy.

Blindness to the meaning of America 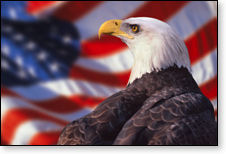 Leadership is difficult. But it is virtually impossible when leaders become embroiled in a narrative of hypocrisy. All the grandiose ideas and high-minded preaching are worthless when hypocrisy punctuates that preaching. But hypocrisy doesn't just taint the message, it also blinds us to reality.

Throughout the bin Laden story, administration officials kept telling us about what America means. Osama bin Laden was buried at sea, with full Islamic burial rites, because that's what a respectful and dignified America does. His body wasn't kept for display or examination, because America isn't that kind of place. The photos of his dead body aren't being released, because America is better than that. All of this preaching about the greatness of America comes from a president whose wife said that the first time she was ever proud of America was during her husband's presidential campaign. All this from a president who spent his first year in office apologizing to the world for all the wrongs and injustices America has committed.

That's what hypocrisy can blind us to: when a culture of death masquerades itself as something to celebrate.