The revolt against limited government 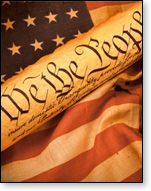 Indeed, the strength and relevance of those principles is evidenced by the fact that, even after eighty years of near neglect and abandonment, a political movement centered on the belief in limited government swept the nation in 2010, changing the balance of power in the House of Representatives.

But despite the vitality of this belief, the power and reach of the federal government continue to expand. And with that expansion come consequences both foreseen and unforeseen by the framers.

The best known consequences of unlimited government are those commonly debated in political circles, particularly the issue of uncontrolled budget deficits. But as the Obama era is demonstrating, the implications of abandoning limited government principles are diverse and far-reaching. For instance, the less limited the government, the more blatantly it ignores traditional constraints meant to ensure accountability.

An early casualty of unlimited power

The most basic requisite of accountability is openness. There can be no accountability if there is no knowledge of what government is doing. And in a wide array of settings, federal government workings are becoming more secretive and less open.

Under the new healthcare law, one entity — the Preventative Services Task Force — is empowered to evaluate preventive health services and decide which services will be covered by health insurance plans. But even though this task force possesses broad powers to dictate which health services will be insured, it is completely exempted from the rules that govern other government advisory boards and regulatory agencies. Consequently, it has no duty to hold its meetings in public or even consider public comments. 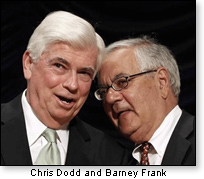 Ever since the Dodd-Frank financial overhaul went into effect in 2010, the Federal Reserve has taken on a much more extensive regulatory role than at any other time in history. But it has operated completely out of the public eye in promulgating scores of new rules governing the American financial system. These regulatory changes — the most drastic since the Great Depression — have been made almost entirely without public meetings.

These are just two examples of how vast new regulatory powers conferred on the federal government by the healthcare and financial services reform laws have in turn spawned secretive government practices. This secretiveness jeopardizes accountability by denying the public any knowledge of what government is doing. Without accountability, government power has no check — and without checks, it continues to expand, feeding a never-ending cycle.

The cultural conflict when limited government is abandoned

Religious organizations are such institutions. And from all appearances, the Obama administration is out to erode the integrity of religious organizations and subject them to government control. This attempt was evidenced in the federal government's mandate that, under Obamacare, Catholic institutions must pay for contraceptives and morning-after abortifacients for their employees, even though these are contrary to the Catholic faith. Thus, Catholic institutions were left with the unworkable choice of either violating their basic beliefs or simply shutting down.

This was a direct attack on the long-held religious beliefs of Catholics. And it was no accident; it was not a matter of the government simply not knowing about Catholic religious beliefs. In July 2009, the Obama administration accused Belmont Abbey College, a Catholic college, of violating federal employment laws when it refused, on religious grounds, to pay for artificial birth control in its employee health plan. 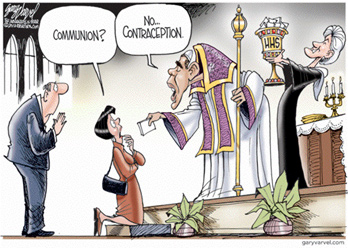 At the same time that the administration was denying Catholic organizations any religious exemption from the Obamacare mandate that they provide contraceptive services, the government's lawyers were arguing in the Hosanna-Tabor case in the U.S. Supreme Court that religious organizations should not be able to choose their religious or "ministerial" employees free of the dictates or interference of federal employment discrimination laws.

Such a freedom is vital if religious organizations are to retain their identity and mission — because if those organizations are not free to choose those individuals who comply with and support the theological mission of the organization, then they will cease having any religious identity at all. Indeed, this freedom is so clearly engrained within the First Amendment that the Court, in a rare show of unanimity, rejected the Obama administration's arguments 9-0.

These examples reflect an administration, normally quite protective of individual rights, determined to erode the autonomy of religious organizations and subject them to the control of the federal government. One could argue that the Obama administration is simply anti-religious, that it picks and chooses what individual rights it will respect — the First Amendment rights of Hollywood, but not the First Amendment rights of religious believers. However, one does not need to go that far and find some anti-religious animosity within the Obama administration. Instead, the Obama campaign against religious organizations can be seen as a natural corollary to the rejection of limited government principles, itself.

The assault on the autonomy of religious organizations is part of a larger political campaign to make the federal government the supreme and primary institutional presence within society.

Throughout history, institutions like religious organizations have created a kind of buffering or mediating layer between the individual and the state. This layer is the essence of civil society, which forms the bedrock of social values and interactions in America. It defines American culture, out of which the state arises. 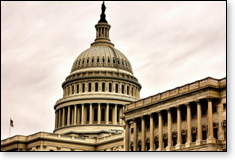 Those who reject limited government want to erode and weaken civil society. And one way to do this is to erode those institutions — for instance, religious organizations — that have traditionally played such a defining role in American civil society.

Without civil society, individuals have no alternative to the state. Society and culture become defined and shaped by government. There is no mediating layer between the state and the individual. And without this layer, the individual is almost helpless to control or limit government, or to counteract government when it acts in an oppressive manner.

The strategy was not only to expand government directly, but also to diminish the role and authority of such private institutions as the family and organized religion. In many ways, the Left has been more successful in the later than in the former. Although the public opposition to higher taxes has kept — at least until the last three years — the growth of government somewhat in check, the libertine promises of the Left have succeeded in greatly eroding public support of traditional cultural values and institutions.

Much of what the Obama administration has done can be explained through its desire to eviscerate the notion of limited government from the American political and constitutional consciousness. This is why it undertook the politically risky and unpopular opposition to the Catholic Church in its Obamacare mandates — because its main goal is something much larger than just victory regarding the specific issue of healthcare provision of contraceptive services. It seeks to expand the reach and role of government by chipping away at civil society and eliminating the power of civil society to control and direct government. To Obama, it is government, and not civil society, that creates the ideal life.

The defining goal of the Obama administration 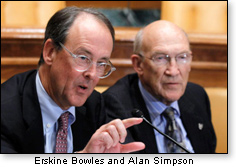 The drive to expand government lies at the root of all the Obama administration has done. A continual point of debate has been why Obama rejected the recommendations made by the Bowles-Simpson debt reduction commission — the commission the president himself created in 2010.

The Bowles-Simpson recommendation envisioned the federal debt as 40 percent of GDP by 2035, versus 187 percent under the Congressional Budget Office's fiscal projections. But even though Boyles-Simpson proposed tax changes that would have resulted in a significant net tax increase (particularly to higher income brackets), it also advocated reducing federal spending as a share of GDP to 21 percent, which approximates its historic average.

And this is what the president could not accept. Boyles-Simpson gave Obama debt reduction and tax reform, but because it reduced the size of government, it was completely unacceptable to him.

Such an unbending devotion to the continued expansion of the central government not only contradicts the fundamental mandates of the U.S. Constitution, but also undermines the foundations of American civil society.