The liberal pursuit of a redistributionist agenda: it's not the poor who are benefitting 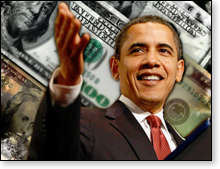 The Obama administration has been preaching the language of social redistribution ever since it assumed leadership of the federal government. Indeed, President Obama's re-election campaign will center around this message — of using government to carry out a redistribution of wealth to the politically favored.

President Obama's budget reflects this message. Through its continuation of massive budget deficits, it redistributes wealth away from future generations that must finally pay this debt and toward the present generation of voters who can then enjoy subsidized consumption. Through its increased taxes, the Obama budget redistributes wealth and motivation away from entrepreneurs, with the promise that these tax increases will somehow allow the rest of society to persist in its unprecedented deficit spending.

Through its adoption of the "Buffet rule," the budget redistributes away from the rational and toward the gullible — as if any government law is ever going to result in Warren Buffett paying a higher tax rate than the rest of us; as if Warren Buffett won't do as the super wealthy have always done, and hire legions of lawyers and accountants to figure out how he can lower his taxes.

The Left has adhered to the pursuit of redistribution since the early days of the New Deal. It reasserted that pursuit during the 1960s, through its failed "Great Society" program. And it continues that pursuit now.

But while this pursuit is nothing new, the vengeance with which it is being pushed is. This is because an active and powerful federal government capable of conducting a redistributionist program is becoming more difficult to sustain. During the 1980s and 1990s, with the American economy growing at a brisk rate, high levels of government spending could be maintained through relatively low taxes. Voters and taxpayers did not care enough about government spending policies, because they were not being asked to pay higher taxes, nor were they being hit with the economic consequences of dramatically increased budget deficits.

But with economic growth significantly declining since 2008 — at the same time that deficits reached unprecedented heights — taxpayers will no longer be able to remain untouched. The federal government's redistributionist agenda can no longer be pursued in a quiet or invisible way. Consequently, the political conflicts over redistribution will intensify.

This intensifying conflict can already be seen among the nation's young, who are realizing that they are the true victims of redistribution. They will be the ones to shoulder the burden of massive debt arising from all the government entitlement programs. But even aside this unjust treatment of future generations, the question must be asked: are federal redistribution policies working as their promoters claim they should be working? 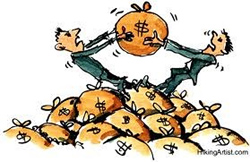 Redistribution is supposed to work in favor of the poor, but a recent Congressional Budget Office study shows that the share of government transfer payments going to the poorest 20 percent of Americans has declined from 50 percent to 35 percent over the past 30 years. Moreover, as a result of the Credit Card Accountability Responsibility and Disclosure Act, passed in 2009 during the credit crisis, credit has now become both more expensive and less available to the poor.

Because of the regulatory mandates of the Act, for instance, pre-paid debit cards now come with much higher fees. On the other hand, because the Act limits various other fees banks can charge customers, it has effectively made the servicing of some customers too expensive. Consequently, the Act has made branch banking more unprofitable, resulting in the closure of thousands of bank branches, primarily in lower income areas, and thus excluding residents of those areas from traditional banking services.

As these examples demonstrate, government programs and regulations that promise to aid those most in need often fail to do so. Yet the poor and needy provide vital advertising props for an expanding government and the debt burden it imposes — even though an expanding government, with its expanding redistributionist policies, actually jeopardizes the poor, since those policies become increasingly unsustainable the more they grow. For instance, now that entitlement programs have brought the middle class into an unsustainable dependency on the federal government — for everything from health insurance to retirement to home ownership and college education — the financial stability of those programs, even for the poor, has become increasingly doubtful.

The hypocrisy of a redistributionist agenda 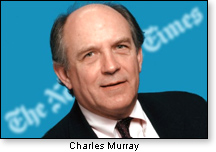 Charles Murray highlights this problem in his much-acclaimed book Coming Apart: The State of White America, 1960-2010. According to Murray, the cultural revolution of the 1960s, often praised and supported by the cultural elite, has had a devastating effect on poor and working America. The message of this revolution — a message that continues to be preached by elite America — is often critical of or destructive to the four "founding virtues:" industriousness, honesty (including obedience to the law), marriage, and religion.

These virtues, according to Murray, have played a vital role in the life of the nation, and they are still in force in America's more privileged neighborhoods. For instance, the destructive impact on family life because of the cultural revolution of the 1960s and 1970s has significantly dissipated among the nation's more privileged. Over the past 20 years divorce rates have declined, and out-of-wedlock births rarely occur among the upper class. Marriage is thriving in the more well-off neighborhoods of America.

But the situation is dramatically different among poor and working-class Americans. As a result of the cultural elite promoting moral relativism and demoting traditional values and institutions, divorce rates among the white lower class have risen and non-marital childbearing is skyrocketing. Although less than 5 percent of white college-educated women have children outside of marriage, 40 percent of white women with just a high school diploma give birth out of wedlock.

Moreover, and a real surprise given the moral and cultural messages so often proclaimed by the elite, Murray found that the white upper class is much more likely to attend religious services than is the white working class. He also found that white men with just a high school education were about four times more likely to simply stop looking for work, once they lost their job, than were their college-educated peers.

As a Brookings Institute study revealed, if a person goes on to get some education after high school, does not have children until after marriage, and holds onto a job, there is less than a two percent chance the person will slip into poverty. Therefore, the lesson of the Murray book is that the messages and policies of the Left — undermining such traditional values as marriage, childbirth during marriage, and thrift and industriousness — have had devastating effects on the poor and working class.

In their own lives, the elites have retained the core values that have sustained the American experiment; but in their social messages, they have continued their flirtation with the 1960s counterculture, causing the poor to lose their cultural moorings. As Murray argues, the greatest source of inequality in America is not economic, it is cultural. The working class is losing touch with the four founding values. According to Murray, elites need to start preaching what they practice, encouraging the core values by which they themselves live.

The cultural redistribution away from the poor

The liberal elite has promoted a cultural and moral redistribution away from the poor. Yet, as Murray shows, "family, vocation, faith and community have a direct and strong relationship to self-reported happiness." Consequently, since the 1970s, happiness indicators have fallen in working-class and poor communities, but not in affluent ones. This is the real divide that has been cleaving America for the past half-century. It is a divide — sponsored and promoted by the same people who wish to shift more economic government-mandated transfer payments to lower-class Americans — that will make those same Americans increasingly dependent on government pay-outs and increasingly isolated from upper-class America.

In essence, the Left is pursuing the worst possible redistributionist campaign. It is redistributing moral and cultural capital to the wealthy — a form of capital that is most important in retaining their status in life — while at the same time taking away this capital from the poor and working-class — a deprivation that in turn condemns those individuals to lives of poverty and unhappiness.