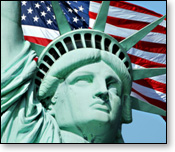 Modern conservatism may be in a process of transformation. Ever since the 2012 elections, more and more conservatives have been calling for a revival of the concerns that occupied earlier stages of American conservatism: a recognition of work as the foundation of society and the economy; the opportunity of each person to work at their chosen calling and be rewarded for that work; a society judged by how it helps those in need to find opportunities for work; a society judged by how well it reaches out to the neediest of its members, offering them dignity and opportunity while not sacrificing their liberty.

More and more conservatives have been calling for a more activist approach, consistent with conservative principles, to address the problems being faced by the struggling members of society. Like most transformations, this one appears to have been instigated by challenges and setbacks – particularly, for instance, the 2008 and 2012 elections. But that is how most transformative events occur. And it is how conservatism has transformed itself before. Throughout the 1970s, for example, conservatism transformed itself partly in response to the cultural revolution of the 1960s to achieve a new focus and popularity in the 1980s.

From activism to resistance

American conservatism has an activist history – from John Adams and the building of the nation through a constitution incorporating conservative principles, to Abraham Lincoln and a rebirth of freedom that recognized the sanctity of individual dignity and work. But then conservatism fell into a more reactionary phase. When Theodore Roosevelt pulled away from the Republican Party in 1912, he drew off an activist reforming spirit from the Republican Party and, as an eventual consequence, from conservatism as well. As a result, conservatism became known during the 1920s as a kind of reactionary creed against change.

The Great Depression and the New Deal of the 1930s further cast conservatives as reactionaries. Because the Republican Party held the presidency in 1929, and because the party opposed the onset of the New Deal through what was later ruled unconstitutional means, conservatives were seen as opponents of efforts to alleviate the sufferings of struggling Americans.

Given the influence of the Democratic Party throughout the 1930s and 1940s, the New Deal agenda became entrenched in the nation's economic and political life. But the magnitude of this agenda, its dramatic departure from the nation's historical experience, and the dangers it posed for the future (as seen in the financial and economic crises it is causing in the present) inspired conservatives to continue resisting it. This opposition came to define conservatism throughout the 1930s, 1940s and 1950s.

Then came the sexual and cultural revolution of "the Sixties," with its attempted breakdown of anything traditional in American society. Conservatives opposed much of this "Sixties revolution," with its legacy of family breakdown, rampant drug use and addiction, sexual exploitation, etc. Thus, up until the presidency of Ronald Reagan, conservatives had acquired a half-century image of reactionaries opposed to reform. But President Reagan reinvigorated the activist spirit of American conservatism, using conservative principles to revive the economy, expand opportunities for the average person, and achieve victory in the Cold War. He led a grassroots conservative campaign against the elitism of big government and stood up for such deeply-held, average-person values as family, community, patriotism, and religion. This reformist conservative zeal carried over into the 1990s, when free trade laws, balanced budgets, and welfare reform were achieved. 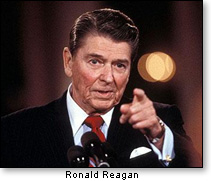 But conservatism resumed its reactionary posture as the Clinton scandals multiplied and intensified, essentially daring the country to give passes to the elite for conduct for which the average person would suffer repercussions. This reaction to the Clinton scandals, and to how the machinery of government was used to cover up those scandals, revived the conservative emphasis on moral and social values that had been triggered by the Sixties revolution and the cultural damage it caused. Then, throughout the relatively uninspired and questionably-conservative presidency of George Bush and the Republican Congress, conservative energy was dissipated by all the misdirected effort required just to hold political power. Finally, the Obama presidency arrived, during which the President has never quit campaigning against the "Bush economy" and anyone on the Republican side of the aisle. And during this presidency, conservatives have been forced into a reactionary role to oppose the kind of government expansions not seen since the New Deal.

In a way, conservatism will always find itself in a somewhat reactionary stance, especially as the Left continues to push dramatic, untested change that looks good in a theoretical cloth but that often wears very poorly over time. The more the Left pushes change just for the sake of change, without considering the long-term effects of that change on American society, the more conservatives will have to react in an oppositional role. But the history and principles of conservatism reveal that it is not simply a defensive creed antagonistic to change. And there is every indication that contemporary conservatives are pushing conservatism into a stance of activism and reform.

Although many political observers predicted that conservatism, to survive as a political movement in the wake of the 2012 election, would have to follow liberalism's example and expand its constituency through an interest-group approach – promising an array of benefits to an array of interest groups – many thoughtful conservatives have refused to take that path. They have instead called for a more unified conservative agenda aimed at all the struggling members of society who have been ignored or left behind by the Obama approach – an approach that has fed the appetites of government bureaucrats and seen the wealth of the richest Americans skyrocket at the expense of "ordinary" citizens. The new conservative agenda is based on conservative principles, focused on opening up all the opportunities and resources of society to those who need them. The agenda does not simply look to expand the scope and power of government in the name of some social problem, yet primarily benefitting those political insiders who can prosper from a growing public sector.

The transformation of conservatism into a more activist creed focusing on the struggling members of society is in part facilitated by the evolution of liberalism into a reactionary defender of the status quo and the elites who benefit from that status quo. Liberalism no longer carries the banner for the forces challenging the entrenched powers and interests. Instead, liberalism has become the unwavering defender of the New Deal regime, the relentless opponent to any change in the growing "governmentalization" of society. And liberalism continues to defend the current regime even as it speeds ever faster toward insolvency and breakdown. This reactionary role of liberalism, opposing all attempts to reform a system that proves more unworkable with each passing day, has given conservatism the opportunity to act as reformer on the part of all the politically-unconnected people in society.

This emerging transformation of the conservative agenda promises to align conservatism with its historic identity. It also promises to focus conservatism on issues it is best equipped to address in the political arena.

As society seeks to conserve everything of material and moral value, its political aims should be focused on the economic and political opportunities and the health and wellbeing of all its citizens, including those on the margins and those most struggling. Conservatism can wage no more urgently needed campaign than this one.