Linda Goudsmit
What happens when objective and subjective reality collide?

[Brian Massie is a friend, editor, and publisher of the conservative on-line newspaper, Lobbyists for Citizens (LFC). Recently, Brian shared his family's sadness and confusion over the tragic drug death of a 20 year-old family member. He asked for my thoughts, and then asked for permission to print my response in hopes of helping other families understand the tragedy that is gripping the country. Brian's article follows with my commentary below. — Linda Goudsmit]

Objective Versus Subjective Reality...can your kids tell the difference?

LFC Comments: For residents in Lake County, Ohio, please be aware that we have confirmed with the coroner's office that Percocet pills laced with fentanyl are being sold to children. We had a 20 year family member die on December 26th. We are told that he was not a drug user. However, if this was his first time, it was a tragic mistake forever impacting a tremendous number of people.

A 22 year-old female relative was asked why do kids continue to abuse their bodies with illicit drugs, and risk death from an infinitesimal amount of fentanyl. The brutally honest answer: "To escape from reality!"

We were unable to understand why the younger generations want to live in the "matrix." (Reference to the movie 'The Matrix' which was a computer program that created a world of an alternative reality) We immediately thought about contacting our resident expert on this issue – Linda Goudsmit. Linda gave us the answer, and we asked for permission to share it with our readers.

Parents should consider purchasing Linda's book, Dear America: Who's Driving the Bus? It covers exactly what we are talking about. Thank you Linda for your insight on this very important issue.

What happens when objective and subjective reality collide?

I think youngsters 18-22 years old have been living in the matrix most of their lives. They spend inordinate amounts of time connected to digital devices where reality is blurred in both form and content.

What was science fiction for the Jetsons in 1962 became a reality in the 21st century. I remember many years ago when FaceTime first became popular for out-of-state grandparents to see/talk to their grandchildren, I was not impressed. Young children do not have a developed sense of objective reality. I said to my husband that videophones were a very dangerous technology because the lines between reality and unreality were being blurred.

Young children would be unable to distinguish a frightening monster on television from grandma or grandpa on the computer/cell phone. The children would insist the monster was real because, after all, they know they are talking to their real grandparents. This is no small thing.

Parents would no longer be able to convince little Johnny that the monster on television was not real. These children will have difficulty developing a rooted footing in objective reality which makes them easy to exploit. Reality testing was challenged constantly as screen time increased for children whose parents/caretakers plunked them in front of the television to quiet them. 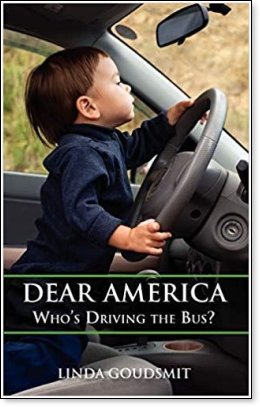 Consider how easy it has been to convince an "adult" population that porous paper masks will keep them safe from a deadly virus. People living in objective reality (the world of facts) are having the same difficulty convincing those living in subjective reality (the world of feelings) that the entire mask/pandemic narrative is political medicine, not medical science. It is the same difficulty little Johnny's mother has trying to convince him that the monster on television is not real.

"Getting away from reality" is how the 18-22 year-olds cope with the cognitive dissonance created when objective and subjective reality collide. Consider this – the measure of a person's mental health used to be defined by how in touch that individual is with objective reality.

The deliberate attack on objective reality has been the most powerful weapon in the war on America – legalizing drugs has just made it easier because drugs are the speed lane to subjective reality.

LFC Comments: How do you think little Johnny or Janie process the disinformation when they are told that there are more than two genders and they can chose any gender that they want to be?

How does a child process that they can pick their own pronoun.

How does a child process the homosexual sex education in public schools at a very early age?

This "progressive" (really regressive) education promoted by the socialists / communists in public schools is nothing short of child abuse. And parents let them get away with it.

Here are Linda's other great books: 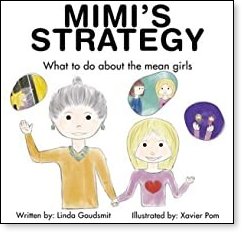 Linda Goudsmit is the devoted wife of Rob and they are the parents of four children and the grandparents of four. She and Rob owned and operated a girls' clothing store in Michigan for forty years before retiring to the sunny beaches of Florida. A graduate of the University of Michigan in Ann Arbor, Linda has a lifelong commitment to learning and is an avid reader and observer of life. She is the author of the philosophy book Dear America: Who's Driving the Bus? and its political sequel, The Book of Humanitarian Hoaxes: Killing America with 'Kindness', along with numerous current affairs articles featured on her websites www.lindagoudsmit.com and www.goudsmit.pundicity.com. The Collapsing American Family: From Bonding to Bondage completes Linda's trilogy of insightful books that connect the philosophical, political, and psychological dots of the globalist war on both American and individual sovereignty.


Linda believes the future of our nation requires reviving individualism, restoring meritocracy, and teaching critical-thinking skills to children again. Her illustrated children's book series, Mimi's Strategy, offers youngsters new and exciting ways of solving their problems and having their needs met. Mrs. Goudsmit believes that learning to think strategically rather than reacting emotionally is a valuable skill that will empower any child throughout his or her life. Plus, in Linda's words, "I have yet to meet the child who would prefer a reprimand to a kiss."

November 27, 2022
Gaslighting is no small matter

September 5, 2022
Freedom is an adult enterprise

July 10, 2022
From constitutional republic to socialism to globalism to feudalism

May 29, 2022
My interview with education reformer Bruce Deitrick Price

May 8, 2022
Election whores of the Democrat Party