March 21, 2010
Ronald Reagan warned: "One of the traditional methods of imposing statism or socialism on a people has been by way of medicine. It's very easy to disguise a medical program as a humanitarian project. Most people are a little reluctant to oppose anything that suggests medical care for people who possibly can't afford it." 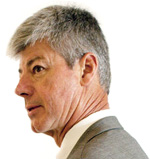 I'm pleased to announce we have an agreement," Stupak said in a press conference, backed by other holdouts. The announcement came as the White House said President Barack Obama would issue an executive order ensuring no taxpayer funds are used to fund abortions.

Obama sign an executive order to cut funding for abortions? ah, we'll see. Besides, EOs Can be Rescinded Tomorrow or overturned either by another EO or by legislation or by the next president.

1. An executive order can be rescinded any time. President Obama could reverse it next week, next month, or next year. Should another pro-abortion president be elected in the future, it could be rescinded on inauguration day.

2. An executive order will not prevent insurance companies that provide abortion from participating in the exchanges.

Stupak earlier said the health fight has been a "living hell"  so why did he cave?

Lemmings. that's all I can say. lemmings. They may go over the edge, but everyone doesn't have to follow. Thank God there are Govenors, like Donald Carcieri of Rhode Island, and state Attorney Generals poised to take action the minute the bill is put into law.

In case you missed them:

My radio shows on the health care battle.

Sharon Hughes is Founder and President of The Center for Changing Worldviews and the host of Changing Worldviews & WOMANTalk radio on KDIA in San Francisco, NPLR and online at Salem Web Networks Oneplace.com. Her articles appear in many recognized news sites and publications, including FRONTPAGEMAG. She also blogs for NewsBusters.org, a division of The Media Research Center, and has appeared on FOX News and other national radio programs.

September 28, 2014
Confessions of a reluctant prepper

January 18, 2011
The unthinkable is never a solution

October 8, 2009
Is the Federal Reserve a secret society?