January 5, 2009
Some new tough questions are being asked about Black Lake Golf Club, the luxury golf course owned by the United Auto Workers union in Cheboygan County, Michigan. Along with the multi-million dollar golf resort, the UAW also funds what it calls an "education center" with the funding connected to the resort. 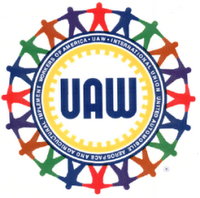 As the UAW cried that it needed a bailout from Congress, its ownership of this luxury resort was revealed to the chagrin of union employees everywhere. Millions of dollars of union member's dues money have been pumped into this project over the years, but now there are questions being raised as to just where large portions of this funding is disappearing to.

Research by Laborpains.org and Zarko Research and Consulting is raising several vexing questions of the UAW's resort golf project. Large amounts of money seems to be unaccounted for and it even seems to show that pension benefits are being paid to "shadow employees" that do not seem to exist.

There is also a charge that the UAW is defrauding property tax receipts from the County and township in whose jurisdiction the luxury golf resort is situated. Records show that Cheboygan County and the township of Waverly are receiving property taxes based on a total property value of $13.7 million but on federal tax papers the UAW is claiming that the resort is worth $33.6 million. So, on one hand the UAW is telling the feds that they have a $33million dollar property while only paying local taxes on a value of $13 million.

The difference between the UAW's LM-2 and the Tax Tribunal filings amount to more than $21 million dollars, which would translate to around $770,000 in property taxes the UAW isn't paying to Waverly Township each year, if you accept their LM-2 appraisal (the township's treasurer advised me that the rate is around 3.6%).

That's quite a difference. It should be remembered that these taxes are used for local schools and the like, so the UAW doesn't appear to be a very good neighbor in Cheboygan County, does it?

But, according to Chet Zarko of Zarko Research and Consulting there is even more hanky panky at the resort than a mere evasion of local property taxes. It seems that there is a very large discrepancy in the reported costs of employee wages and the pension funding at the education center connected with the golf resort project.

It's that the pension fund expenses appear to be really out-of-line with overall wages. So far out of line that you have to wonder exactly who is doing the work to get pension fund contributions. There's a key piece of context here  the $5.91 million in pension fund contributions compares $3.25 million in wages. Normally, you'd expect the wages to be much higher than the pension contribution  10 times or perhaps as little as 5-6 times. But not the other direction. And of the 3.25 million, 2.6 million is "general labor"  there is no way the room custodians and general labor are getting that gold-plated of a pension deal. The other half million is "administrative" wages  but even the hotel administrators are unlikely to be able to get away with such a self-dealing (unless they are something more than that to the union leadership).

So how does the UAW justify this "out-of-line" accounting with the educational center pension funds? Where and to whom is all this benefit money going, anyway?

It appears that there is a lot of shaky record keeping and shadowy operations connected with this Black Hills luxury golf club owned by the UAW. And, again, all the money tied up in this property is the money taken from the pockets of the hard working rank-and-file members of the American auto industry, the same industry in such dire straights this year.

As autoworkers across the country face an uncertain future, as pension funds every day appear on shaky grounds, someone needs to force the United Auto Workers union to account for these millions of dollars in accounting discrepancies.

The biggest question is this: will the Obama administration so beholden to the millions of dollars donated to his campaign by unions be able to hold unions accountable for their criminal actions and fraudulent accounting practices?