March 16, 2011
Once in a while a story of the sort of arrogance in government that should make every fair-minded American sick at heart comes out to show how Democrats act when have a lock on power and when they think no one is looking. This time we find an amazing amount of arrogance in Nevada, one that is obviously a violation of Thomas Jefferson's axiom that men are not born to be ridden "booted and spurred" by government but are free men. This government arrogance is truly as un-American as can be. 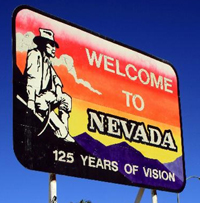 There are many instances of Democrat arrogance, of course. Like when North Carolina Democrat Congressman Bob Etheridge Democrat Al Green hectored a Washington Times reporter about the KKK (when it was Democrats that created the terror group in the first place), or when Congressman Charlie Rangel stormed out of an ethics hearing after being convicted on 11 counts because, well, he was incensed that anyone had the temerity to call him on his perfidy. Well, there are just too many to cover fully.

Chuck Muth of Citizen Outreach has the outrageous story of a lowly legislative aide fired for no reason whatever because a public record email was released to the public. Imagine the people thinking that they have a right to see the official emails of their own government officials! The gall of those voters!

The Nevada case involves a taxpayer-paid state government employee of some power named Marge Griffin. This woman has used Nevada law to create a powerful fiefdom in which she feels that she has the power to fire people on a whim and without cause. Her position is officially called the Manager of Administrative Services for the Legislative Counsel Bureau (LCB) but she is more fittingly called the Red Queen it seems. One of her jobs is to hire legislative aides because Nevada legislators cannot hire their own assistants unless they want to pay for them out of their own personal income. The office that Griffin runs, then, is like a little kingdom to which only she has the keys. A kingdom that even Alice wouldn't want to visit.

What started the mess was the release to the public of a memo written by Griffin to 38 legislative assistants instructing them on how to redirect calls made by citizens into voice mail hell so that they never get connected to the lawmakers.

Griffin got so mad that her efforts to defeat the voters from reaching their elected officials got out she went looking for someone to fire. She ended up chopping the head of a lowly legislative assistant who, Griffin claimed, was the one that released the email to the public. Griffin then fired the young woman without a hearing, without telling her why, without giving her a chance to reply to her accuser, without telling the lawmaker for whom she worked, and without any sort of process whatever.

Then it turned out that the fired aide was not the one that released the incriminating email.

So, did Griffin sensibly reverse herself and apologize for having lost her cool? Nope, this arrogant cuss retrenched. When handed a sworn, notarized statement informing Queen Griffin that the young woman she fired was innocent, the red queen said that the statement didn't mean a thing to her and the firing would stand.

OFF WITH HER HEAD!

I haven't even touched all the details of this case, either, but to suffice to say that this is the sort of arrogance that no American should ever see in his government. And this woman isn't even an elected official. She has no accountability at all. It gets worse with every word of Muth's piece. Go check it out.