The extinction of Deism: Historical riddle solved & lessons for today 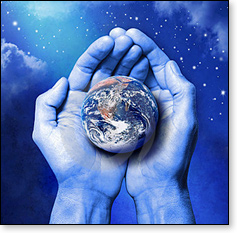 Deism had a rapid rise to popularity and an even more rapid fall into oblivion. The rapid extinction of the once popular and politically influential Deism in the early nineteenth century is an old riddle of history — which has now been solved by Avery Cardinal Dulles with important lessons for today.

Deism is the belief that after God created the world and gave man reason, He retreated and left man to fend for himself, trusting man to use reason to solve all His problems. Man was expected to use reason to discover the laws of nature and employ them for his benefit and to discover the Universal Moral Law and obey it. Mainstream Deism included a Last Judgment based upon the individual's obedience or disobedience to the moral law. Some Deists believed in divine providence, but not in answers to prayer or miracles.

The rise of Deism

Deism was invented in the late seventeenth century in England and was inspired by the philosophers and scientists of the Age of Reason. Deism was probably the inspiration for the creation of Masonry (or Freemasonry) in England in the early eighteenth century. Contrary to many popular myths and slanders about Masonry, mainstream English and American Masonry is essentially a form of Deism in its relationship to God and its rationalistic, moralistic, fraternal, and philanthropic character. It is not Christian, but welcomes all monotheists including Christians as members. Masonry is a quaint vestige of the now extinct eighteenth century quasi-religion/philosophy of Deism.

Deism was popularized during the French Enlightenment as a reaction to French clericalism. The French bishops were tightly linked to the monarchy. The Catholic church was doomed to share in the growing popular discontent against the Monarchy. The high taxes and inhuman regulations of the bureaucratic statist machine developed by the absolute monarchy of Louis XIV was easy to dislike in spite of the brilliant culture the regime sponsored.

One of Voltaire's complaints against the clergy was religious persecution of heretics and Protestants. The church employed the powers of the state as its muscular enforcement arm. The influential Paris intellectuals of the mid-nineteenth century vigorously protested the state-sanctioned religion being forced down their throats. The same protests are used by modern liberals today, even though no such condition of religion being forced on people exists today in the West, and no danger of it is anywhere on the horizon. Moribund Liberalism is two hundred and fifty years out of date.

The French activists imported Deism from England to serve as a bland generic contra-religion which was tolerant to all forms of monotheism. It was a convenient format for French rebels to protest the old regime in which the Monarchy and the Catholic Church were institutionally united.

Deism was imported to the American colonies via English Masonry and the French Enlightenment. Secular historians have made much of the Deism of the Founding Fathers and the role of Deism in the founding of the nation. During the last week, a study was published of the religious beliefs of the signers of the Declaration of Independence. Unfortunately, I cannot lay my hands upon it now, but fortunately, I can remember a few of the numbers and names. Historians can only identify the religious beliefs of twenty of the signers of the Declaration of independence. Ten were Christians of orthodox doctrine. Three were non-Christian Deists. Seven held hybrid beliefs that mingled liberal Christianity and Deism. The young Jefferson was one of the three pure Deists. Later, he seemed to soften his views to a vague hybrid Deism. The founders with hybrid beliefs included John Adams and Benjamin Franklin. Washington, who was not a signer of the Declaration because he was leading the colonial army at the time, was a Mason, an Anglican, and seemed to adhere to a complex mixture of Deist, liberal Christian, and Biblical snippets.

The Deistic beliefs that influenced the founders were not a pure Deism of an impersonal God on the English and French models. They leaned towards a Deism tempered by liberal Christianity. Washington and Franklin were advocates of public prayer to seek help from God, a practice that is absent from pure Deism.

The influential founders who practiced a hybrid Deism made several contributions to the founding of the nation as follows:
The extinction of Deism

Avery Cardinal Dulles provided seven reasons for the collapse of Deism in The Deist Minimum, published in the bimonthly First Things. I have deduced six additional reasons. First, let's hear from the Cardinal.
Here are six more reasons I have added for the decline of Deism:
The present ordeal

Two hundred and thirty years have passed since the heyday of Deism. Evangelical Christianity is alive, well, and growing. Deism — in its original formulation — is long dead. Liberal Christianity and Masonry have been in continuous decline for forty years.

Postmodern liberal Christianity has lost its interest in reason and has become weak in its commitment to morality. Many liberal churches have gone over to the New Age movement, which involves a mystical Pantheism that is similar to Transcendentalism. Evangelicalism survived the collapse of Transcendentalism, and it shall also survive the inevitable collapse of New Age. Both New Age and Transcendentalism involve a radical individualism, a vague, misty spirituality, and the absence of a doctrine or a concept of truth or morality. New Age and Transcendentalism share another fatal flaw — an impersonal Deity. Something dies in the human heart when one is told that God is a thing and not a person.

The national civic religion of God and country patriotism is under attack by elite secular liberals. The Romantic movement is over and cannot rescue the civic religion. Evangelicalism is ambivalent about the civic religion. Love of country must not become a substitute god. Liberal Christianity, which used to be the best friend of the civic religion and patriotism, has become an enemy. Multiculturalism in the schools, a flood of illegal aliens with a different culture and different loyalties, ACLU lawsuits against religious symbols in the public square, and left-wing anti-Americanism in politics is undercutting the civic religion. 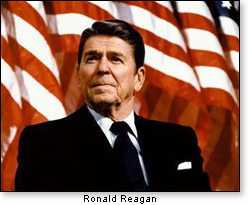 Can America endure as a united country without the civic religion? I don't know. Can the civic religion be saved? Well, Ronald Reagan did a good job of reviving it, after the dark period of Jimmy Carter's "malaise." A large majority of the people are still patriotic. There is still a general sense of "American exceptionalism," the idea that America was chosen by God for a special destiny. Some of the enemies of the civic religion are weak. The New Age movement and Multiculturalism are intellectually and morally bankrupt. The hatred for America by the left is largely inarticulate and incoherent. Their lies are easily refuted. The incredible stupidity of political correctness is resented or laughed at by many. The Democrats are trying hard to relearn patriotic and religious lingo because they are tired of losing elections.

We are entering an era of prolonged war against radical Islam. We cannot persevere in this marathon contest and remain united without religious faith and a strong national patriotism. However, the call to arms has partly energized a latent patriotism in many people.

Just before the Civil War, a great revival of prayer broke out in the Northern cities. During the war, revivalist preachers visited both the Northern and Southern camps. The results were spectacular. This, I think, is why the union endured this time of tribulation. After the war, the South was a burned-out ruin. The revival meetings continued throughout the South after the war and turned it into the Bible Belt. As a result, the South healed and rejoined the union. Today, the South is the most patriotic and religious part of the nation and is one of the most industrious and prosperous regions.

I cannot guess what God will do this time to prepare us for the ordeal ahead. History teaches that He will not spare us great ordeals, but is faithful to strengthen and equip us for the fiery trial. Until the nation fulfills its divinely-appointed destiny, the hand of God will hold us up, and the government of the people, by the people, and for the people shall not perish from the earth.