May 25, 2016
Denis Prager has recently offered what seems to me a startlingly clear-headed perspective on the "Never Trump" mantra. http://townhall.com/columnists/ dennisprager/2016/05/24/dennis-prager-n2167737 Of course that is only another way of saying that he sums up my thoughts exactly. To wit, it is heartbreaking to find so many conservatives and Christians I respect and admire aligned on the side of what seems to me a rather shallow and dangerously inchoate moral principle. In their "Never Trump" stand they seem to be clearing their consciences by washing their hands, as if taking no action when confronted with a choice between two evils can ever be a principled alternative.

But Pontius Pilate also washed his hands. Did it ease his conscience? I wonder. The release of Jesus would have represented an explosive revolution against the disordered morality of the Pharisees; the release of Barabbas signified a quiet rebellion against the temporal power of Rome. This was Pilate's dilemma. Out of his expediency he released the latter upon the City of Peace, unchaining against a willing populace that counterfeit "Son of the Father," the rebel and murderer Barabbas. (For our purposes, one might say that he chose to set at liberty history's notorious equivalent to Hillary Clinton.) And then, in a ceremonial act of self-cleansing, Pilate silently condemned Goodness to the cross. To what avail did he wash? Though he were to scrub his tarnished mitts until the end of time he could never purify those tainted fingers. And so throughout eternity he will be heard to mutter that famous lamentation of Lady Macbeth , "Out, damned spot! Out, I say!"

In my Confiteor at Mass each Sunday I publicly ask forgiveness of God "and of you, my brothers and sisters, for what I have done and what I have failed to do." Yes, failing to prevent evil when it is within our power to do so is a sin against both God and man. And so, demurring from action to prevent a Hillary Clinton presidency would, in my mind, be one of those moral failings for which one ought, in sack cloth and ashes, to ask forgiveness.

But I am afraid many of our best conservatives have lost sight of the distinction between morality and moralism, and their "Never Trump" desiderata has become a pink ribbon to the lost cause in their breasts. In a 2009 article entitled "Show off Your Moral Vanity," Tim Soutphommasane distinguished true moral principle from moral posturing as follows: "The logic... behind the moralism of public awareness and political leadership is the same: (A) good intention doesn't count unless its bearer enjoys the frisson of public recognition. This is what sets morality (which concerns how we conduct ourselves towards others) apart from moralism (where our moral beliefs are given public expression, often with the professed aim of improving others)."

In other words, moralism is a form of posturing. In my eye, it is a vanity that consists in caring more about the appearance of moral purity than about the fact of it. Thus moralism, in the context of political decision making, is self-ordered and pharisaical. It is the distorted emphasis of "practicing or advocating strict observance of external forms ... of conduct without regard to the spirit...." (Dictionary.com)

To punctuate this point let me offer a counter-example from the Left. Progressives rend their garments over the waterboarding of terrorists, wherein captive serial murderers (like Barabbas) are offered the choice between some short term (albeit severe) discomfort and the disclosure of information they possess that will prevent additional murders. That is, the terrorist is free to end his "torture" at any moment by simply doing the right and moral thing. Progressives are horrified that we would demand such a concession even of the world's worst monsters.

And yet these same progressives have no hesitancy (and Hillary Clinton would have no hesitancy) about putting Christians in prison, for years at a time in some cases, to punish them for protesting against the murder that takes place within the abattoir facilities they call "clinics." That is to say, these progressives are willing to impose a far more severe "torture" than waterboarding upon Christians precisely in order to force them to cease doing the right and moral thing. To be blunt, they are willing to deprive such Christians, for long periods of time, of that freedom which brings meaning to our temporal life. To that end, in fact, they are willing to send men with guns against those who publicly protest the killing of unborn babies. And yet they are somehow able to feel entirely righteous in doing this, because their ostensible principle of "choice" is really nothing more than hollow symbolism. 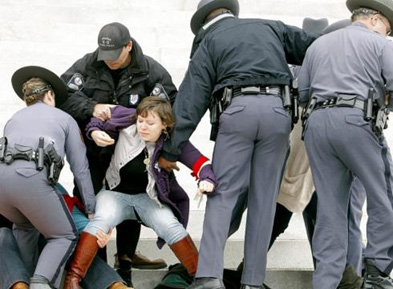 I am not for a minute attempting to compare "Never Trump" zealotry with the Satanic God-hatred of the Left. I am only pointing out that the wrong-headedness of a position is no obstacle to our feeling vindicated in it. And so there must be some other test, beyond how we feel about our position, for determining the righteousness of it. "By their fruits you will know them." That is what Jesus told us. And what are the fruits of this "Never Trump" abstinence? Prager lists some of them, starting with a Supreme Court that will never again, at least within the lifetime of our children, render a conservative or even a moral decision. But I would go further. I would say it is a Supreme Court that will very soon have us all worshipping Moloch. 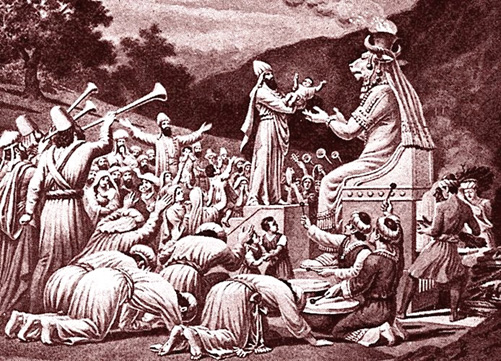 So I have a simple question for the "Never Trump" hash-taggers now preening so grandiosely over their alleged commitment to principle. Can one of you please define for me, succinctly and with precision, the moral principle you claim to be defending! I am not asking you to name a feeling, or to share with me the warm glow that emanates from your conscience. I am looking for a moral principle that might plausibly serve as a copybook heading or as a memorable ethical instruction for my grandchildren.

Allow me to illustrate what I am looking for! In supporting Trump, my principle is this: When confronted with a situation in which all of the available alternatives are evil, one must always choose the lesser of those evils. Since only Hillary and Trump have a credible chance of being elected president at this point, and even granting for the sake of argument the tendentious proposition that both of those candidates are evil, I must choose Trump over Moloch. Because again, a regimented sacrifice to Moloch is the outcome that the election of Hillary Clinton represents.

Now it is important to note that those off-the-wall alternatives that some are proposing, such as writing in a candidate, refusing to vote at all, or tipping over one's king, do not amount to a lesser of evils. They are merely votes for Hillary tendered by subterfuge. Are the "Never Trump" conservatives thoughtfully sincere in their seeming blindness to this reality? For all our sakes, I hope so. And yet even more fervently I hope that they will soon open their eyes. Because in many ways they seem to be acting less on real principle than out of an emotional pique bordering on spite against fellow conservatives they see as having thwarted them by nominating a candidate they despise? I understand their concerns about the Donald. There is little risk that he will ever be canonized. But it is silliness to pretend a moral equivalency between him and Hillary Clinton. 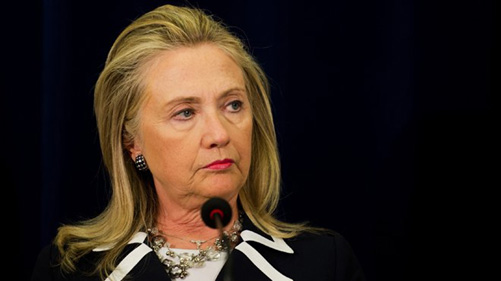 So here is the test I think we should apply in this situation. At the Last Judgment, when asked to explain what we did to prevent the legally sanctioned and ongoing holocaust of the unborn, will those "Never Trumpers" proudly point to their decision not to cast the only meaningful vote available to them for Trump and against the Queen of the cult of death? Or will they soft-pedal that choice as they are enveloped in the revealing light of eternity?