December 15, 2014
Freedom Watch's court hearing on Dec. 22, 2014, in a case styled Arpaio v. Obama (14-cv-1966) before the U.S. District Court for the District of Columbia, could be the only hope to stop Obama's imperial fiat amnesty to illegal aliens. Republicans led by Speaker John Boehner are eagerly funding Obamacare and President Obama's unconstitutional executive amnesty for another year. (See www.freedomwatchusa.org.)

That's why in the lawsuit we brought for Sheriff Joe Arpaio, we have asked the federal court in Washington, D.C., to block Obama from implementing executive amnesty by issuing a preliminary injunction. The judge has ordered an expedited hearing schedule. In principle, Freedom Watch could actually put a halt to Obama's amnesty in its tracks before Christmas, but the Honorable Beryl Howell may want to write her decision over the holidays. In any event, we expect a quick ruling.

There are so many reasons why Obama's executive amnesty will cause immediate harm. Besides the obvious (and important), there are some things you aren't hearing about. The Obama administration is hiring 1,000 new workers to quickly process applications for amnesty. The new workers in Crystal City, Virginia, clearly won't have any expertise in immigration. They will just be rubber-stamping every application. 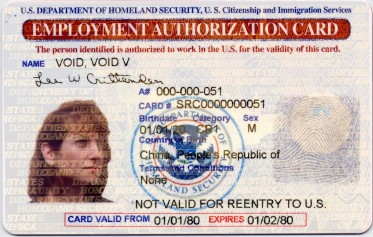 The 5 million illegal aliens slated to receive amnesty will also be granted a work permit, technically called an Employment Authorization Card. The card can be used in most states to receive a driver's license. Under the "Motor Voter" law, people are encouraged by the government to register to vote while getting a driver's license. When officials invite them to register to vote, illegal aliens with little understanding may accept the invitation. They could think they wouldn't be asked to register if they shouldn't.

Our voting registration system runs mostly on the honor system. Nobody investigates until there is a complaint. Even if due to misunderstanding, we could have millions of illegal aliens actually voting in the 2016 election. The amnesty to illegal aliens could start tilting elections as early as 2015.

Many businesses will face legal jeopardy when they hire employees because of President Obama's lawlessness. Approximately 5 million new illegal aliens may now be showing up at your business applying for a job holding an "Employment Authorization Card."

This is a modern work permit. It is the same work permit that legal immigrants get when they come to the country honorably, above board, and playing by the rules. So a business will not know if the applicant is legally in the country or not. There is no clue how or why a person got the work permit.

As a former federal prosecutor, let me give some warning. Obama's "Executive Action" on Nov. 20, 2014, granted amnesty – and the right to work – to as many as 4.7 million illegal immigrants. That's on top of the roughly 1 to 1.5 million illegal aliens to whom Obama gave amnesty in June 2012 under his Deferred Action for Childhood Arrivals (DACA).

But employers are in an untenable and risky position. On the one hand, it is illegal to hire an employee or independent contractor who is an illegal alien. If a lawbreaker's work permit is invalid, then the employer is breaking the law by hiring him or her.

On the other hand, it is illegal to discriminate in the workplace based upon nationality, citizenship, or immigration status. Also, in the "Alice in Wonderland" world of immigration policy, it is illegal to ask if a job applicant is legally present in the country. So you have no way of knowing if an individual job applicant has a valid work permit as a lawful immigrant, or an unconstitutional executive action work permit.

Therefore, businesses may be forced into breaking federal law either way, based on whether the president does or does not have the legal power to grant amnesty to illegal aliens. For the time being, employers must accept an Employment Authorization Card as legitimate until the courts rule otherwise.

We are confident that however Judge Howell rules at this first stage, in the end the courts will overturn Obama's actions. Obama argues that he has the power to waive the law under prosecutorial discretion. But prosecutorial discretion does not mean granting benefits. Obama's programs grant many new benefits to illegal aliens, like the right to work. Declining prosecution does not mean granting a person the right to stay in the United States.

Imagine this: A defendant is accused of breaking and entering into your house while you are away for the holidays. The prosecutor decides to drop the case because the only eyewitness is legally blind. Now, does that give the accused a right to start living in your house from now on? Declining to prosecute for breaking and entering does not transform a defendant into a tenant. The accused might not go to jail, but he cannot live in your house as a result.

If employers want to consider filing lawsuits, I invite them to contact Freedom Watch at www.freedomwatchusa.org. Time is of the essence to use our judicial system to right the wrongs Obama and his minions have caused to our immigration system and to our nation as a whole.